Why Engagement Editors Should Go Beyond Promotion, and Tell Stories with the Audience 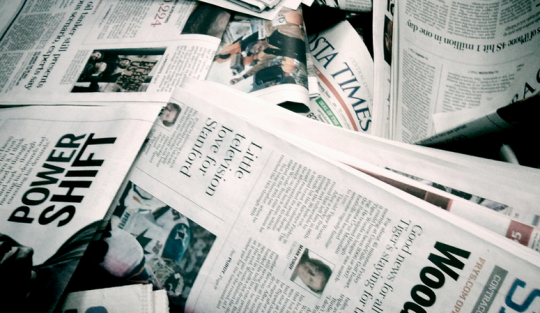 Newsrooms are still struggling to define what audience engagement  means. Image from allaboutgeorge.

I have a confession to make. I hate my job title. And I bet many other social and audience editors/producers/specialists/coordinators/managers probably do, too.

On the one hand, it’s been gratifying to see the proliferation of audience roles in the newsroom over the last five years (Julia Haslanger counted at least 81 different audience-related job titles in a recent survey of journalism jobs). But as far as we’ve come through the rise of search, social and mobile to arrive squarely in the era of audience engagement — most newsrooms are still struggling to define what that even means. Amid this lack of clarity, we’ve let other platforms set the terms of engagement, dictating what success means whether it’s the number of people who’ve commented, liked or shared (regardless of reading past a headline) or how many user messages we’ve responded to (regardless of their content or quality). How do those metrics help inform the actual journalism? And our relationship to readers?

Last week, the Columbia Journalism Review heralded the rise of the “audience engagement editor” with a definition that blends a few more familiar roles:

They are the children of the copy editor, the public editor, and the paperboy. Instead of grammar and style, this new breed of editor crafts online tone and relationships with readers.

Copy editor. Public editor. Paperboy (uh, 🙋). These are all skill areas that I recognize and appreciate in my peers, and it was nice to see that senior editors have moved beyond thinking of us as mere marketers dressed in journalists’ clothing. But there’s a problem with this definition that extends to the broader value I see being placed on the role of audience editors in most newsrooms: the idea that engagement begins primarily after a story takes shape.

The engagement superhero swoops in once the story is written or news has broken to make sense of the bits and pieces, verify the best, and make them all more accessible to the readers and viewers we group into that giant bucket of consumers known as “the audience.”

Don’t get me wrong  —  this is a crucial function in the modern newsroom. And any journalist who doesn’t have their ear to the social web should consider themselves effectively mute. As ProPublica’s senior engagement editor, I help shape my newsroom’s strategy for growing our audience, but I also get to dream up and test new ways to invite that audience into our journalism process, often by asking for their tips and stories.

From Passive to Active

My team aims to transform an audience of passive consumers into active collaborators, and a newsroom of traditional journalists into community leaders, of a sort. At Hearken, Jennifer Brandel is building upon the success of WBEZ’s Curious City to give the audience a seat at the assignment desk by encouraging questions that drive stories instead of comments that react to them. And CJR is right to hold up The Guardian’s The Counted as a model of proactive audience engagement.

The Counted is a model of proactive audience engagement.

But I still worry that “engagement” in most newsrooms stops at the “grow our audience” part, and that we’ve come to assume that traditional journalists create the news those audience editors so deftly distribute.

This is one reason we’ve created the Crowd-Powered News Network.

There are journalists doing great work to actively engage audiences in the storytelling process. We want to create a more cohesive community where we can compare notes and encourage each other’s work. I was struck last week by how photographer Anastasia Taylor-Lind personalized the conflict in Ukraine by sending hundreds of individual postcards detailing casualty reports.

By the time Taylor-Lind finished, she’d mailed nearly 1,000 postcards of Donetsk, Ukraine, with war logged on one side, peace depicted on the other, to followers all over the world.

The response to this work has been overwhelming: so many emotional responses from recipients, sometimes reflecting on their own experiences of bereavement; seeing them perform small intimate acts of remembrance for people they have never met; the way they have used the postcards as a catalyst to spread the news of the Ukrainian war in a very personal way to their family, friends, and social media community.

This is exactly the kind of work CPNN aims to reinforce, whether by audience editors, reporters, visual journalists or others  —  if you’re actively working with your audiences to tell stories, we want to hear from you.

Please take a moment to sign up now. You’ll note the application includes a short survey about newsroom roles; as long as we’re still refining the term engagement, we’re eager to learn more about who is helping shape relationships with readers, how we fit into newsrooms, and what can be done to empower more engagement that drives creative storytelling.

Amanda Zamora (@amzam) is senior engagement editor at ProPublica. Previously, she spent more than eight years as a digital producer and editor at The Washington Post, leading the site’s election coverage as national digital editor in 2012. She led digital coverage on the metro, foreign and investigative desks before serving as the Post’s first social media and engagement editor from 2010 – 2011. Zamora began her journalism career at the Austin American-Statesman as an editorial aide and reporter. In 2009, she helped launch the Huffington Post Investigative Fund, a nonprofit news site based in Washington, D.C. She is also a previous Knight Digital Media Fellow with the Kiplinger Program in Public Affairs Journalism.