How Publishers Can Adapt to Ad Blocking in iOS9 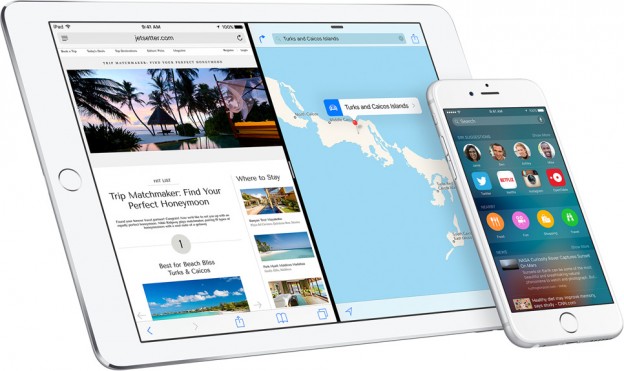 On September 16, Apple launched iOS 9 with a suite of enhancements. One buried feature has the web content industry talking: content blocking. The immediate and obvious use case being blocking of ads and third party scripts often used for site metrics. Less than one week in, a $0.99 ad blocker was atop the iOS App Store’s paid app charts, and a $3.99 ad blocker trailed right behind it.

"The long term impact may be more dramatic without a change in strategy, since mobile web banners have been a growth area, even with today’s low prices compared to desktop."

Because my company, 10up, helps clients make sense of web and online revenue strategies we were very much interested in what this change might hold for them. So, we asked. As it turns out, our clients were less interested in debating whether content blocking is fair, and more interested in modeling their potential impact and adapting accordingly. While we couldn’t help touching on the ethics – we’re advocates of an open web – we focused on analyzing technical realities, data informed predictions, practical industry implications, and potential strategies publishers can use to address a changing landscape. Here are some of the highlights of our report.

Photo by Sean MacEntee on Flickr and used here with Creative Commons license.

Many of the publishers we work with see roughly 30 percent of ad exchange revenue from the mobile web. Outliers are as high as 60 percent and as low as 5 percent.

iOS’s outsized share of web traffic is magnified by data suggesting higher disposable income, or at least a greater propensity to spend money on the mobile web. A report from Custora suggesting 78 percent of 2014 Christmas sales on mobile devices were made on iOS is stunning. This skews mobile web ad targeting and valuation more heavily toward iOS devices.

A typical mid-sized publisher might see a hit between 4 and 11 percent of web ad revenue, depending on adoption models

We invented a hypothetical mid-size publisher based in the United States and reliant on exchange banner ads, using private data from a variety of sources and industry data reviewed in the report, including adoption models that predict equal or greater adoption compared to desktop ad blockers.

Eight months from now, our hypothetical publishers could see a 3.7 percent drop in web ad revenue. With astronomical content blocker adoption (3x desktop rates) driven by App Store visibility and media coverage, that number could be as high as 11 percent. A potentially severe setback for businesses with thin margins.

The long term impact may be more dramatic without a change in strategy since mobile web banners have been a growth area, even with today’s low prices compared to desktop.

A trend toward native advertising is certain to accelerate. Ad blocking is rarely effective when the fingerprints of an ad integration are unique to individual sites. As advertisers buy into native ads, they will expect better analytics and distribution, both of which could be harmed by content blocking. Enabling technologies will have to evolve.The Software as a Service (SaaS) model that favors remote hosting could tilt in favor of self hosted and open source solutions, or at least, evolve to feign more native integrations. Expect growth in native content management system integrations (vs. drop in scripts).

Pre-roll video and in-content audio ads will continue their ascendence. These are more difficult to block, and publishers are already looking to video for higher prices. Producing sponsored video content can be challenging for smaller operations, and achieving actual engagement within a predominantly and traditionally text-heavy site can be more difficult than it may initially appear.

Alternative direct revenue strategies built on paywalls, crowdfunding, and membership programs will grow. Direct revenue generating strategies are more diverse, and no longer the sole province of embattled print operations. Publishers of all stripes can leverage alternatives like crowdfunding and “supplemental content” gateways to establish stronger relationships with their most voracious readers and fans.

Direct e-commerce and affiliate programs will gain ground. Publishers, especially in niche verticals like travel, fashion and technology will sell products to readers through their website. We see growth in first party options that integrate with content management systems (like Automattic’s WooCommerce), as well as branded e-commerce storefronts managed by third parties that share revenue. Affiliate link adoption will similarly increase.

Take this 10up client with whom we consult on revenue strategy. They have a large iOS audience and sell a significant amount of ad inventory direct. Note that overall revenue has steadily increased during this four year period, such that a decrease in the makeup does not represent a loss in any single category.

Over 4 years they moved from ads accounting for ~75 percent of revenue to ~ 40 percent. Native listings and advertorial grew significantly, now accounting for more than half of their revenue. For this client, iOS 9 ad blocking will reduce revenue by less than 2 percent, if nothing else changes. To the extent it results in an improved user experience, an increase in traffic might actually drive increased revenue in other revenue channels, offsetting the loss.

Ben Ilfeld is lead audience & revenue strategist at 10up, which offers web design & development consulting services, by contributing to open platforms like WordPress, and by providing tools and products.