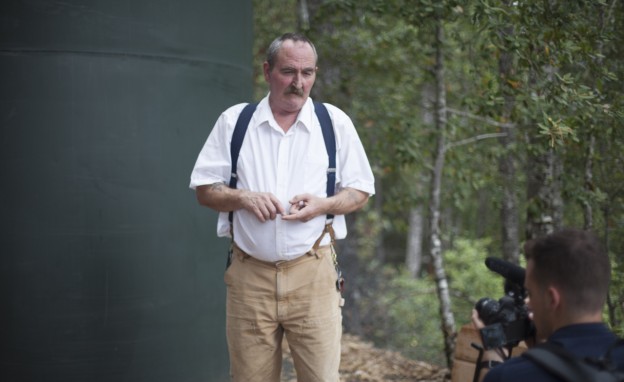 There’s been plenty of banter online about whether a degree in journalism is useful to aspiring journalists. Influential self-made journalists like Vox’s Ezra Klein have advised young journalists to steer clear of a degree that would teach you, “bad habits and make you pay for the privilege of learning them.”

In school people endlessly preached that the in-depth journalism I loved to take part in was difficult to do in the real world of newsrooms, where resources for that type of thing are scarce. I was a graduating senior, a stressful position for anyone but especially for a reporter looking for depth. My plan for after graduation was ambiguous at best.

When you have the privilege of diving into a topic for as long as reporters did in News21, you develop relationships that lead you to other rich sources.

Then I decided to apply for News21, a Carnegie-Knight funded investigative journalism fellowship for undergraduate, graduate and recently graduated journalism students. My months digging into reporting on marijuana for the project quickly taught me that experiences like News21 are the best supplement to a journalism education.

News21, led by Len Downie, formerly of the Washington Post, and Pulitzer Prize-winning investigative producer Jacqueline Petchel, takes more than two dozen students from 19 universities and allows them to report on one topic in depth for about eight months.

Journalism schools would be wise to continue investing resources into programs that allow students to act professionally and be held journalistically accountable in an innovative newsroom as I experienced in News21.

Learning the value in immersive experience and character-driven storytelling

It wasn’t until I came up for air in a river winding through a remote part of the redwood forest that I was truly struck with the value of immersing yourself in a story.

I felt pressure building in my ears and the lenses of my goggles fogged up as I dove to what felt like 15 to 20 feet below the surface of a calm bend in the Smith River. I remember gritting my teeth under the pressure of the water above me while trying to keep myself suspended above the bed of green algae waving below me.

Chris Van Hook dives ahead of me into the Smith River in Del Norte County, California.

I was invited to snorkel in this river by a source of mine, a lawyer named Chris Van Hook. I’d been in contact with Chris for six months via phone and email before traveling to the furthest reaches of Northern California to have him show my partner and me first-hand the kind of destruction that unregulated marijuana cultivation was wreaking on water sources in this part of the country. My partner and I learned that the algae build up caused by the fertilizer runoff of marijuana grow sites systematically dismantles Northern California’s rivers and reduces their flow — something the state cannot afford in its current state of drought.

I could tell Chris appreciated the many months my reporting partner and I had committed to learning about his trade when we met for the first time at a small coastal restaurant in his hometown of Crescent City, California.

When you have the privilege of diving into a topic for as long as reporters did in News21, you develop relationships that lead you to other rich sources. This was the case when Chris introduced me to sustainable marijuana grower Chuck Lyon, who provided valuable perspective on the environmental situation occurring in California.

The News21 experience inspires students to come to grips with a concept that journalists in legacy news outlets are still moving toward, which is thinking about how to tell stories for a digital audience while the print audience dwindles. News21 content is researched, reported and produced for an online audience, so publishing partners can embed stories into their own sites as seamlessly as possible. The ability to have findings printed by a publishing partner like the Washington Post is an added bonus.

The grid layout of instructional gifs on the News21 site’s story page.

News21’s multimedia effort is led by the Arizona Center for Investigative Reporting’s Brandon Quester who fosters innovative uses for media in reporters’ storytelling year after year. This year’s stop motion animation of Pew research took an unconventional approach to visualizing what otherwise would have just been numbers on a page.

While producing a story on how much quality control in the legal marijuana industry varies from state to state, I ran into a lot of science jargon. Researching analytical laboratory practices and terms became an elective of its own during the semester I worked for News21.

I quickly realized that the best way to convey the importance of my findings was to teach the scientific processes. I decided to do this through a series of gifs Jessie Wardarski and I created with a local marijuana testing laboratory in Arizona, where analytical lab technicians broke down the steps for me. Looping gifs are an asset to today’s multimedia storyteller, and journalists are discovering that they can be used for more than humorous, relatable listicles.

Every year the News21 editorial staff sets goals for innovative ways of presenting stories. This year, reporters designed and built a blog to drive traffic to the WeedRush brand and engage our audience leading up to publication of the full report. The blog housed early stories and photos whereas the full report contained more than two dozen thoroughly reported stories, more than 50 videos and dozens of data interactives.

Reporters then worked in conjunction with staff to design the full project site with the aim that it would be built with a mobile-first mentality. Cronkite School professor Mike Reilley, along with Nic Lindh and a team of eight students, handled much of the site development. His analytics for the WeedRush site showed that 63 percent of traffic was coming from mobile devices in the first weeks of its launch, affirming our beliefs that developing a site with mobile platforms in mind made sense even for a long-form multimedia project.

Although News21 reporters weren’t doing the actual coding for the site, they had an understanding of how site design and web presentation worked- which is very important.

“A lot of really great journalism being produced right now is a combination of Hacks and Hackers. The Hacks are the reporters … the Hackers are the developers, the coders that can help us do the digital part of it and put it together to tell a great story,” Reilley said.

There is one aspect of News21 that Downie said isn’t representative of most professional newsrooms: the unfortunate but necessary deadline the program must place on its long-form, investigative journalism.

“I can count only three or four projects at the Washington Post that had a deadline,” he said.

Although I believe the deadline created a sense of urgency that helped reporters accomplish amazing things, I have to say I noticed the pressure of that deadline forced reporters to wrap up massively detailed stories rapidly and perhaps a little too hastily in some cases. That being said, funding for programs like News21 is finite and newsroom operations have to end at some point.

Dom DiFurio is a recent graduate of the Walter Cronkite School of Journalism and Mass Communication at Arizona State University. He was a Reynolds investigative reporting fellow for News21 and is currently interning with The Dallas Morning News.You can follow Dom on Twitter @DomDiFurio or email him [email protected] If you would like to explore News21’s investigation into marijuana legalization and regulation across the U.S. in more detail, you can visit the site here.