Designing Journalism for Discovery and Engagement 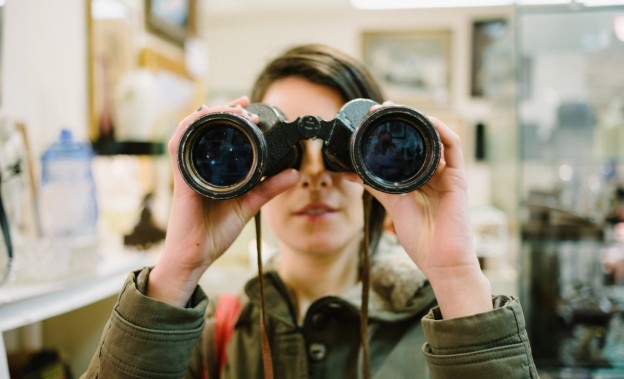 Current’s “The Pub,” which is hosted Adam Ragusea, is quickly becoming one of my favorite media podcasts. Recently Ragusea rebroadcast an excellent commentary he did back in April about his idea that authenticity is the new authority. “Authority is an artifice, a facade, that is thoroughly broken down,” says Ragusea. “The only substitute is authenticity. Tell the people what you know and how you know it […] and always be upfront about what you don’t know.”

The commentary was rooted in a talk that journalist Matt Thompson gave at the Macon Center for Collaborative Journalism. Thompson used that talk to examine the “power of discovery” in journalism.

However, we can’t talk about authenticity and discovery without also talking about transparency. Taken together these ideas are central to more open journalism that not only reaveals more about journalism and how it is made, but also invites our communities in as co-creators and makers.

The Power of Discovery in Journalism

Thompson points to the podcast Serial, and the incredible response to it, as an example of journalism that is animated by discovery. Ragusea builds on that idea, saying “what Thompson calls discovery is basically journalism that takes the audience along for the ride, where the process of recording and producing the story is not only honestly communicated to the audience, but it’s also an integral part of the story.”

What Ragusea hints at in this passage, but never quite addresses, is that discovery depends on transparency.

Discovery is made possible by journalists and newsrooms opening up their systems, processes and priorities to their communities. That doesn’t mean passively documenting these things and posting an editor’s note alongside a story. That is what I call “passive transparency,” still of value but not sufficient. Really investing in discovery as an operating principal for journalism demands a more active form of transparency.

Later in his commentary Ragusea touches on transparency: “just trust me I know what I’m talking about doesn’t work anymore, even if you are trustworthy and you do know what you’re talking about,” he says. “It’s like math problems in school: it is not enough to get the right answer you have to show your work.” Since at least 2011 in journalism developer circles show your work has been a mantra, and it is slowly spreading to other parts of the newsroom.

Ragusea argues that Thompson’s idea of discovery is important not because “people enjoy watching their hero sleuth chase down a mystery” but because nobody will believe you anymore when you “report a bunch of facts, even if you explain where you got them from. You have to show how you got them.”

Show, don’t tell. It’s writing 101 and it is the basic idea of active versus passive transparency.
I like putting the emphasis on active transparency, in part, because it reinforces the idea of journalism as a process not a product. “Pulling people along with that process of discovery, it gave them a familiarity with the actual mechanisms of reporting,” Matt Thompson says in his speech. “Sarah Koenig was saying ‘these are the questions I asked,’ ‘these are the steps that I took to verify this information,’ ‘this was how I reported this story,’ ‘this is what an investigation looks like.’” And for many people engaged on Reddit and across the web, discussing Serial, Thompson says, “they were engaging almost the first time with and the messiness of a journalistic investigation, how reporting actually unfolds.”

Discovery is the Internet’s Most Precious Renewable Energy Source

A few weeks ago I wrote at MediaShift about how newsrooms are using different models of transparency to engage their communities. I argued for the need for more active transparency and discussed how changes in media and technology are demanding that newsrooms open up and show their work. While I focused on transparency and engagement and Ragusea and Thompson focused on authenticity and discovery, we each drew on similar examples and came to similar conclusions.

I mentioned Serial in that post but I also tried to explore other models that don’t just inspire engagement but actually build it into the process intentionally. Newsrooms like the Center for Investigative Reporting and ProPublica, projects like Hearken, and journalists like Melody Kramer are doing amazing work pioneering new models of reporting built on active transparency, deep authenticity, immense creativity all aimed towards co-creating journalism as an act of community discovery.

At the end of his talk, citing projects like Planet Money’s groundbreaking Kickstarter campaign and the Talking Points Memo investigation into the firing of US Attorneys, Thompson talks about the increadible generosity of communities of people who are connected through a shared sense of discovery. “I think that this is the Internet’s most precious renewable energy source,” he says, “this willingness to discover alongside someone, this willingness to indulge us in our most wrenching, most interesting curiosities. […] As journalists I think we have to learn to wield this power.”