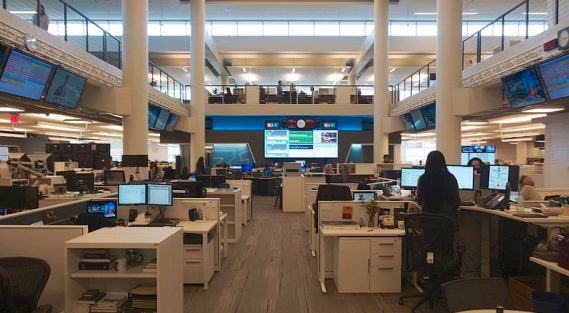 NPR's Storytelling Lab provides an opportunity for employees to pitch, pursue, and develop passion projects away from the pressures of their day-to-day responsibilities. Photo of NPR's headquarters via Wikimedia.

Think of it as the Y Combinator of public radio. Instead of churning out startup after startup, the NPR Storytelling Lab will apply the incubator model to its national programming and bring innovation to your ears, one broadcast or download at a time.

National Public Radio (NPR) has been experimenting with storytelling techniques, tools and technology for years. Earlier this week, the public radio powerhouse celebrated the 10th anniversary of NPR podcasts, which debuted as a directory of 170+ programs created by NPR and other public radio stations.

"For us to succeed in public radio and public media, we’ve got to be better than we've ever been. We can't take audience for granted on any platform. We’ve got to tell more amazing stories in more amazing ways." -Chris Turpin

Before the success of TED Radio Hour, Invisibilia and other shows — and unsure of its viability as a media platform — NPR viewed podcasts as a way to rethink its programming as audiences’ lives became more mobile and on-demand. Back then, it took a year and a half to reach 80 million downloads between NPR and other public radio stations that contributed to the directory. How times have changed! Last month, NPR had a comparable number of downloads — 76 million to be exact — for just the programs it produces or distributes.

Since those early days, the podcast landscape has expanded and evolved beyond numbers alone. In fact, podcasts are no longer a niche medium; they’ve become part of the mainstream media. Consider the parody of Serial on Saturday Night Live, President Barack Obama’s appearance on WTF with Marc Maron, or the rise of podcast networks and companies, like Gimlet Media.

With its new Storytelling Lab, NPR has created a designated space to think about and experiment with the act of storytelling not just in radio or podcasts, but across all platforms. The lab provides an opportunity for NPR employees to pitch, pursue and develop passion projects away from the pressures of their day-to-day responsibilities.

An Experiment in Public Radio

Technically, the NPR Storytelling Lab is a launchpad for innovation within the organization. Inspired by venture capital models, like those on the television show “Shark Tank,” the Lab’s origins begin with Matt Thompson, former director of vertical initiatives at NPR, who wrote a paper calling for a year of experimentation in the art of storytelling. Chris Turpin, NPR’s vice president of news programming and operations, took this idea and tweaked it to address what the organization sees as its current challenge: the development of its storytelling model.

“What we do is we produce a huge amount of programming,” Turpin said. “The problem with that is it becomes formulaic. The Storytelling Lab will help us break through that.”

NPR has become a top-notch journalism organization over the years, Turpin says, but has yet to focus on or think about its storytelling model. He jokes that “our storytelling muscles could use a little shaping up,” which makes Michael May NPR’s personal trainer.

Michael May will lead NPR’s Storytelling Lab. Image from Twitter.

May, the Lab’s new senior producer, comes to NPR from The Salt Institute for Documentary Studies and will be responsible for coordinating the Storytelling Lab. A former public radio reporter himself, May will work closely with staff members who are selected for the lab, developing a close relationship with the editorial coaching and development team and applying lessons from the lab to the daily grind in NPR’s newsroom.

“What I like about the NPR model is that it’s so focused on giving people in the newsroom a chance to do new things,” he said.

According to Turpin, anybody at NPR (with the focus being on those in the newsroom) can pitch an idea to the lab. A volunteer panel comprised of individuals across the newsroom will then review all of the pitches and select one person to work in the lab for two weeks. This person will forgo his or her daily duties and responsibilities for the duration of the lab session. To prevent work from piling up, NPR has put aside funds for backfill in the newsroom. Turpin says they don’t want one employee’s absence to cause more work for others. Right now, there will be one project in the lab at a time. Inevitably, there will be multiple projects happening simultaneously in the future.

As senior producer and resident polymath, May will support the employee and his or her project from idea to proof of concept. This could involve reporting, engineering, and mixing an audio story, or developing and building an app or website. Following this two-week sprint, the individual will present the project to the panel and at a brown bag to the entire newsroom. After that? It’s TBD. The Storytelling Lab is an experiment in itself, and the whole process is iterative. Some projects may go back to the lab, to podcasts, to shows. Others may fail, and that’s okay.

“For us to succeed in public radio and public media, we’ve got to be better than we’ve ever been,” Turpin said. “We can’t take audience for granted on any platform. We’ve got to tell more amazing stories in more amazing ways. This is about us making a really conscious effort to raise our game in everything we do, telling better stories and telling them in more creative ways.”

The lab creates a space for ideas to flourish from the ground up, and Turpin thinks of it as an “acknowledgment that there are new things that can be tried.” Ideally, this call for experimentation will infuse the wider newsroom, and encourage more creativity, new thought processes, and a ‘culture of risk’ where employees aren’t afraid of failure.

Podcasts are already part of the public media landscape, and May thinks the lab will help NPR put its stamp on the ever-growing medium. As someone who loves both podcasts and traditional reporting, May wants podcasts to move beyond just interviewing someone where ‘a couple of people [are] talking about big ideas with beautiful sound,’ as he told Columbia Journalism Review. That’s where NPR’s newsroom can help. There’s an incredible opportunity for NPR’s reporting talent to make a huge mark on the podcasting world, he says.

“There’s been this debate of storytelling versus journalism, and I have no use for that,” May said. “I don’t think that makes any sense at all; the best storytelling is the best journalism and vice versa. I want really incredible stories I know are true.”

Turpin added: “A great story told in tedious ways might as well not happen.”

Thanks to the Storytelling Lab, some of the those stories are already out for the world to see. NPR’s food and agriculture correspondent Dan Charles brainstormed a food podcast experiment devoted to stories on how food affects people, such as the emotions it awakens in them or what it causes them to do. NPR Music’s Mito Habe-Evans and Anastasia Tsioulcas launched a documentary project amidst the Black Lives Matter movement. And, in collaboration with KUOW’s Ashley Ahearn, NPR correspondent Jeff Brady created an environmental podcast, This Land, whose pilot focused on the connection between climate change and wildfires.

Meg Dalton (@megdalts) is the associate editor of Mediashift and Idea Lab.

2 responses to “NPR to Incubate Innovation with Storytelling Lab”