Inside the Ever-Evolving Problem of Transparency in Advertising 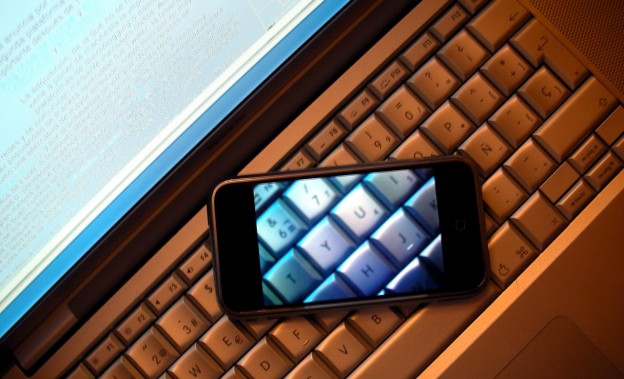 Photo by Enrique Dans on Flickr and used here with Creative Commons license.

As the advertising industry adjusts to the evolving digital landscape, transparency has become an even greater issue. The problem is a lack thereof – an opaque filter separating each component of the multi-layer, abundant, complex ecosystem that is the advertising business.

"Technology, while it has put transparency concerns center stage, is also the solution to these problems. "

This filter creates a disconnect between what a buyer is looking for and what a seller is selling to them. This disconnect isn’t generally intentional or malicious. Sometimes it’s simply an intractable measurement that leads to the inefficiencies, lack of trust or unsatisfied customers.

Photo from opensource.com and used here with Creative Commons license.

Transparency is not a new, digital-only issue. Other forms of media have experienced similar struggles. Nielsen ratings are a far from perfect way to measure TV viewing and reach. Yet, it’s been the standard for decades because there aren’t alternatives that offer more accuracy. It’s a similar case with circulation numbers for print. Magazines have a sense of their subscription numbers, and off-the-shelf purchases. But they rely on studies to understand who’s buying them and how often readers pass their copy to others.

Despite these issues, the system has for the most part “worked.” Lack of transparency was just an understood cost of doing business, and it became a practice adopted by all.

Enter digital media, which had the promise of more sophisticated measurement techniques. The idea was that everything is trackable, and therefore, more reliable. But the system had its own set of problems. A single transaction requires multiple systems communicating with each other instantaneously, and these communications aren’t perfect, leading to discrepancies.

The automation of the traditional IO process has spotlighted the many problems that arise from limited transparency. With the growth and adoption of programmatic buying and selling, communication has become faster and more frequent. And, with increased volume in digital media transactions, there have been more opportunities, and ultimately more instances showcasing these opaque practices.

Advertising has many layers, even more so in the digital landscape. Each player has their own reasons for not being 100 percent transparent. More times than not, the rationale is rooted in relationships with other players. Buying clicks or conversions is a great way to gain efficiency, but the source of these clicks or conversion is often obfuscated. Why? Well, for one, publishers want to protect revenue, and so tend to leave out key information on digital impressions sold programmatically. They may do so in order to make sure that this inventory does compete with their direct sales channels.

Viewability and ad fraud are subsets of the transparency issue, with players taking advantage of the opaque environment of digital media. Ad fraud is intentionally taking advantage of this opaqueness. Issues around viewability can be attributed to inefficient measurement. Just like with Nielsen and TV, and circulation numbers and print, how do we know if a display banner ad is seen? Some find ways to capitalize on insufficient measurements by selling ads that aren’t seen by people at all, such as bot traffic.

The difference with digital is that the ability to change is just a line of code away. Technology, while it has put transparency concerns center stage, is also the solution to these problems. There are a handful of players in the space, such as MOAT, Forensiq and Integral Ad Science that are gaining traction in the fight against ad fraud, while also solving other measurement-driven transparency issues. As more businesses see the opportunity in this sea change, the technology will mature and become more effective in addressing the transparency challenge.

Technology is just part of the equation, though. In an ideal world, the advertising industry would work as a harmonious ecosystem with clear transparency between players. Information would be shared freely, greatly improving efficiency and eliminating the back and forth that rules many jobs. While this may not be today’s reality, there is power in the collective. As more of the industry is affected, and in turn aggravated, by the effects of non-transparency, the more we will be forced to confront and solve the issue.

In the end, it boils down to relationships. Buyers, who hold the purse, have the power to create the most change in the digital environment, and they have already made great strides. For example, GroupM and Unilever have taken on the viewability concern by demanding that 100 percent of the ad be in view for at least one second to be considered viewable. Until recently, the “industry standard” has been 50 percent of the ad viewable for one second.

Simply put, transparency cannot be conquered unless everyone communicates. In exploring the opportunity for dialogue between players, transparency problems are already being addressed.