How to Get Students to Participate in Online Classes 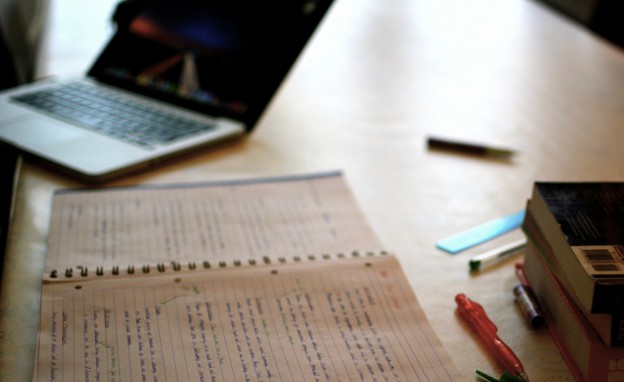 Photo by rhodesj on Flickr and used here with Creative Commons license.

For those who teach online courses, scrolling through student posts in a class discussion board can feel like panning for gold. You strain your eyes for bits of brilliance amid the sluice and slurry of malformed or repetitive thoughts.

“Focusing on discussions for the purpose of feigning interaction is not valuable. Repetition in posting or hitting a word count – those are not really measures of quality.’’ - Patsy Moskal

“As he pointed out in his post, some people have different ideas.’’

“Just like our excellent and esteemed professor taught us this week …’’

It can make discussions seem like a useless and pointless exercise. Guess what? Many students feel the same way.

“Discussions are lame,’’ an undergraduate from another university who was taking an online American government class recently told me. “The professor makes you post 150 words and then you are required to respond to seven other students’ posts. You have to read all the posts in the thread, and then there’s always somebody who wants to impress the professor and writes a 750-word post that says nothing. Everybody agrees with everybody else. It’s a joke and a complete waste of time.’’

This student – as well as faculty who are frustrated by “lame’’ discussions in online courses – would have an ally in Patsy Moskal.

She and RITE Director Chuck Dziuban conduct extensive research on how students learn – online and in traditional face-to-face courses.

“If [students] feel like there is no value in terms of instruction, then they get very annoyed with that,’’ Moskal said. “Focusing on discussions for the purpose of feigning interaction is not valuable. Repetition in posting or hitting a word count – those are not really measures of quality.’’

Moskal and Dziuban’s research shows that students like signing up for online courses for the obvious reason — they are convenient. Students (and their instructors) can participate in them anytime and anywhere. But their research also shows that once enrolled, many students quickly become dissatisfied with the online experience because they feel disconnected – from classmates and their instructor. Discussions that are well-designed can help create a sense of community in an online course and support students cognitively as they construct knowledge.

Despite the frustrations with them, discussions continue to be a key component of online courses. At UCF where I teach, a survey of faculty conducted by the university’s Center for Distributed Learning showed that 95 percent of faculty who teach online use discussions and 87 percent of them require class discussion participation.

So if we’re going to keep doing them, how do we make discussions better?

Aimee deNoyelles, an instructional designer at UCF’s Center For Distributed Learning, which works with faculty to manage and deliver online education at the university, has a pretty good idea. She and her colleague Baiyun Chen and Janet Mannheimer Zydney, a professor of instructional design and technology at the University of Cincinnati, have researched discussion strategies and wrote an article about it in 2014 for the MERLOT Journal of Online Learning and Teaching.

What they discovered is that well-designed discussions not only build a sense of community in an online class, but they also improve students’ cognitive development.

First is developing a sense of social presence. DeNoyelles and her fellow researchers define “social presence’’ as the ability of students to establish themselves as “real’’ people in an online environment. Here’s where the instructor’s leadership is crucial. The more “real’’ the instructor projects herself or himself to be, the more students respond in kind. When instructors post about their own personal and professional experiences, students tend to do the same — and that fosters more and higher-quality discussions.

“Therefore, it is recommended that online instructors be personal, greet students by name, express humor, and introduce personal stories,’’ DeNoyelles and her colleagues write. “Modeling social cues is likely to encourage students to do the same.’’

I’ve seen this strategy work in my online Journalism Ethics class, where I get 100 percent voluntary participation in what I call the “Nice to Meet You’’ post. I begin the post by sharing details about my personal, family and professional background, as well as the key people and ideas that inform my moral and ethical philosophy. I then ask the 45 to 75 students to reveal the same about themselves – and they do – prolifically. Then I promptly – and that’s the keyword – respond to each student’s post, making the effort to connect personally with them and their background in some specific, concrete, meaningful way. It blows me away that such a basic gesture of respect and courtesy apparently blows them away.

Preview of my Journalism Ethics course. Photo by Rick Brunson.

“I found Professor Brunson to be very engaged with the students and the course,’’ wrote a student anonymously in the course evaluation. “I was very surprised to see that he responds to everyone’s assignments with thoughtful feedback, and not just providing a grade with no feedback. He goes into great detail about the assignments with his feedback. I was even surprised to see with the ‘Introduce Yourself’ topic he responded to each individual student personally. I’ve never really seen that done before and thought it was fantastic.’’

Dziuban calls this developing your online persona and “the real difference between posting and communicating. Students really want to know … is the instructor facilitating my learning? Does the instructor show respect and concern for my learning?’’ DeNoyelles simply calls it what it is – “encouragement.’’

Another strategy that works, according to DeNoyelles and her team, is designing a discussion prompt that encourages structured interaction and critical thinking while also connecting and supporting specific learning objectives. Prompts that encourage students to consider an external activity or event and then integrate and apply ideas presented within the course tend to bring more thoughtful responses.

Moskal adds, “make [the prompt] relevant and understandable so it’s not just talking about content in a textbook. There’s got to be relevance – putting theory into action and application to real-world examples.’’

One of the most popular discussions in my recent online Journalism Ethics class was a prompt about an article posted by Melissa Luck, executive producer at KXLY4 News in Spokane, Wash., the station that broke the Rachel Dolezal story. The article explains the process of how the station discovered, pursued and reported the story. First, the timeliness of the article and the prompt – the Dolezal story was hot news that week – was key to sparking participation. Second, it was an external event beyond the class textbook. Third, in addition to linking to the article, I structured the prompt by asking students to connect the dots: What did they see in Luck’s description of how the station reported the story? Did they note the ethical principles of being right before being first, of being a voice for the voiceless and providing context as a primary element of truthfulness? That provided the structure that led to a more thoughtful and satisfying discussion that increased the students’ ability to think critically.

That brings me to a final strategy that seems obvious but that many instructors may overlook.

Social media are a treasure trove of provocative, relevant discussion topics. The Dolezal article that led to the great online discussion came to me from Facebook friend Trevy McDonald, a journalism professor at the University of North Carolina at Chapel Hill. Another Facebook friend, Ken Lyons, photo editor at The Denver Post, asked in a status update whether it was right for an Associated Press photographer to compose a photo that made GOP presidential candidate Ted Cruz appear as if a gun was pointed at his head. It sparked a huge debate on his Facebook page. I shared his question, with attribution, with my students, who dove right in and engaged in a vigorous discussion in our online course about photojournalism ethics. But the discussion also ventured interestingly into the issues of fairness, transparency and whether journalists should share their political opinions on their social media accounts.

A lame discussion, it was not.

Rick Brunson teaches reporting, editing and the principles and ethics of journalism in the Nicholson School of Communication at the University of Central Florida in Orlando, Fla.