How and Why Journalism Schools Should Teach Podcasting 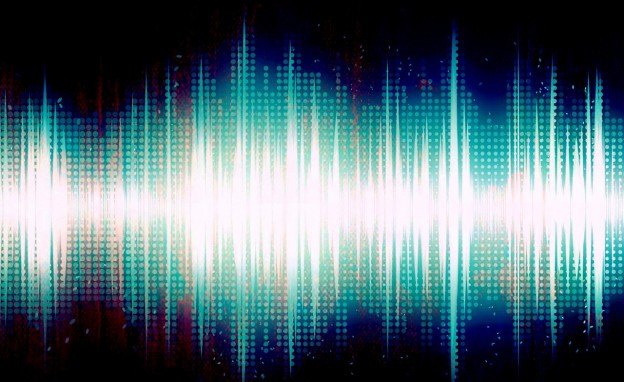 A buddy of mine who also teaches journalism and is a guy who’s on it when it comes to data and longform popped into my office recently with a great idea for a radio story. Small problem: He’s never produced audio before and the whole concept scares him.

You know who can change that? Anyone. Certainly anyone teaching any form of journalism. And you know who should change it? Yep. All of us. Here’s why audio is one more of the skills every J-grad should have if her degree’s gonna be worth the paper it’s printed on.

"Even though podcasting’s kinda old – more than a decade – its reach is only rising as it becomes more popular and accessible on phones, MP3 players and in cars."

First, the poetry. Audio can do for a story –- and for a student — what no other medium can. Even the stars of the writing world will never find the right words to describe in full color someone’s voice. And when students figure that out … man! It’s a cool thing to watch. Trust me.

But here’s the practical: Creating audio, editing audio and putting audio out there for the masses is a solid and easily learned skill potential employers of your students are going to want.

Even your dad’s newspapers, for crying out loud, are getting into the podcast game. The big news services? Podcasting. In fact, the AP this year struck a deal with PodcastOne, which carries around 200 shows, including some sort of edgy ones. Little weeklies? Also podcasting. Big sexy-hair websites like Slate have been all over it, going so far as to bet audio over video and luring talent away from the mothership that has been NPR.

And then there are the headlines in my Facebook and Twitter feeds. This one from Midroll is pretty typical: PODCASTS ARE DRIVING AN EXPLOSION IN AUDIO CONSUMPTION.

Explosions, people! It’s hard to get more dramatic than that. Granted, Midroll’s got a stake in all this since it’s a company designed to increase podcast profits through ads (successful at an impressive clip, by the way, and recently acquired for buckets of cash), but still. The research backs up the hyperbole.

Consider that Americans in 2015 listen to about 21 million hours of podcast audio every day, according to a study by Edison Research. That same research firm found that within a year, total podcast listening among Americans jumped 18 percent from a similar study it conducted the previous spring. Even though podcasting’s kinda old – more than a decade – its reach is only rising as it becomes more popular and accessible on phones, MP3 players and in cars.

It’s easy to see why audio now when you compare it to its cousins. To watch a video or read an article on your device or your computer or, egads, on something made with trees, you have to mostly pay attention to that thing, right? But when you consume audio, which you do in more and more places, you can be daydreaming, cleaning the garage, making risotto, driving to pick up the kids … you get the idea.

And that old pubmedia mantra that ends a plea for cash to “listeners like you”? A lot of the key demographic are podcast listeners now – educated, well-off, 18 to 44 years old, equally male and female – and they’re sending PayPal transactions to Kickstarters of their favorite podcasts. So let’s, as journalism educators, catch up. Maybe some of you smarties are already there? If so, this is for the rest of us.

And although, I’ll admit, it is easier to grade a project or slap it up on YouTube than it is to launch a podcast, creating and pushing out audio has a lot fewer hurdles than it used to. Even my longform-data-journalism professor colleague can do it.

Anyone with a smart phone can basically make airable audio. But don’t trust me when it comes to creating journalism with a phone. Longtime WTOP radio reporter Neal Augenstein famously ditched his gear for a phone years ago and has been proselytizing the rest of us to do it for forever, it seems, even right here at MediaShift. With iPhones, you’re basically using Voice Memo, which comes with the phone and couldn’t be easier to figure out once you find it.

But hey, most journalism schools have a tech budget that has room for a couple of decent handheld recorders. And there’s a GREAT resource on equipment over at the Tools page on Transom.org, where the nerdiest among radio nerds are looking at recorders and mics and software from the perspective of storytelling on a budget. And not just tech! Transom.org’s also a great resource on techniques for anyone starting to teach audio storytelling.

As to that teaching part, I’ve found a great beginning assignment is what radio producers call a voxpop (that link is to a fabulous how-to from WNYC’s Radio Rookies). It’s also what a lot of print jockeys call “man on the street.” You as a teacher come up with a topic or a question or – better yet – make students do that. It can be newsy. It can be quirky. One of the best I’ve heard from a student had people answer, “Where’s the weirdest place you’ve put your hand?”

Then what you do is go out and get “tape.” Get a lot! It’s cheap now! Because it’s not really tape! All of this forces students to coherently introduce themselves, talk to strangers and, get this, really listen.

Once you and your students find your audio files and get them off the recorder and into a computer (we can all get our photos off the camera, right?), the fun part starts. Well, the fun part starts after the crappy part of transcribing. But medicine must be ingested to work, which, if you think about it, is the bedrock of any good journalism program.

Editing audio files is maybe something you already do. It’s not terribly different from editing video files. But let’s say you’re new. There are several totally navigable audio editing programs out there for free or at low cost. Audacity is one and is a cinch to figure out. I use it a lot with students just starting. It’s glitchy only sometimes. There’s even a newish, free version of ProTools, which is the program the pros at shows like Radiolab use to make super-holy-crap-complicated mixes of voices and sound and music. Your school, like my school, probably has the Adobe Suite that includes Audition. That’s got all the bells and whistles you’ll ever need.

And you can, I swear, fake it when teaching tech. Students get this in a way some of us older folks don’t. You won’t need to invest tons of class time on software instruction. Also, there are approximately zillions of videos explaining every aspect of audio editing. You can Google “how to smoosh audio tracks together” and find a tutorial.

Where your students need you is with their ideas, their reporting, the execution, the quality, the writing, the pacing. That’s what J-profs have been teaching since typewriters. You probably know that most of the same principles of good stories – including writing that’s active and loses the fat – apply to good audio stories.

Students are more motivated when it’s more than you listening. I covered this in an earlier piece, where I talk about the amazing, totally-underused-by-profs online marketplace knows as the Public Radio Exchange, PRX.org. It requires converting some files to MP2s, throwing up a photo and descriptions to entice people to listen. And people do! Stations may even air your students’ work.

But beyond PRX or putting it up on SoundCloud or, even having a listening party or public critique, you could — and I think you should — give students a leg up by helping them/making them produce an actual podcast. I produce one. Launching Last Best Stories required a bunch of steps, but honestly? Teaching my mother how to view a photo sent via text was harder.

How to Make a Podcast

First, make a website. It doesn’t have to be fancy. Put your audio there somewhere, probably as an MP3. I recommend using WordPress and the widget Seriously Simple Podcasting because it delivers on its name. You gotta do the web thing first because iTunes or Stitcher or other places people tend to find podcasts need an RSS feed – that fat page of code for where your audio lives on the Internet. If you have trouble finding your RSS feed, please don’t ask my mom.

A WordPress widget that lives up to its name.

Next, you need to get your podcast on those places I mentioned, especially (but not only) on iTunes. The how-to about that from Apple seems very complicated. I’d say it’s only sort-of complicated. Semantics. You can do it if I can. Once you have a website, an image that’ll look good as a thumbnail and that RSS feed, it’s pretty easy to get it going. Apple will take a day or two to review your specs and make sure you’re not trying to smut-up the Internet. You’ll get an email that your baby is born and then you become the first, probably not the last, subscriber!

Get the podcast out there in more than one place. Make it easier to find by putting it up on Stitcher or iHeartRadio and PRX and SoundCloud. It’ll feel like work because it is. But think of the students who figure this out while gaining college credit. Think of what they’ll add to their portfolio of work accomplished while being mere students. Think of what a rockstar journalism teacher you’ll be when you throw around an it-term like podcasating.

But seriously: Teach your students to produce audio and make podcasts. It’ll mean they’ve got skills. It’ll make them more marketable. And better yet, they’ll make something and put it out to the world. And isn’t that still what we’re all about?

Jule Gardner Banville is an assistant professor at the University of Montana School of Journalism. She’s the host and creator of Last Best Stories, a podcast featuring features only mostly unique to Montana, many of them produced by her students. She’s worked as a radio producer at WNYC in New York, as a daily cops reporter in Erie, Pa., and as an editor at Washington City Paper in D.C.

Correction: This piece has been altered to correct an editing mistake, correcting MP3s to MP2s in the first paragraph under the “Publish Stuff” sub heading.

One response to “How and Why Journalism Schools Should Teach Podcasting”