Futures Lab Update #119: Drone Footage on TV and Sensors in the Subway 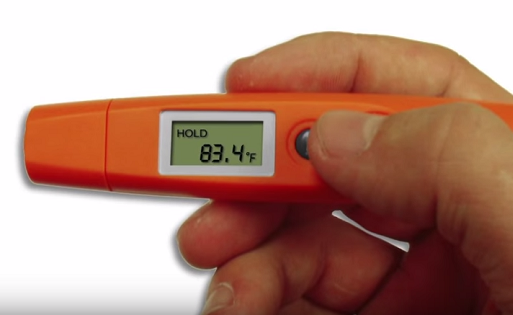 The team at WNYC used thermometers to measure the temperatures of different subway platforms, which they later mapped for publishing. Screenshot courtesy of RJI.

This week we see how one local TV station put live footage from drones into a news broadcast, and we learn how a data team used sensors to find the hottest subway stations in New York City.

"The reason everybody wants one of these is because of the view that it gives you, that you can't get from a helicopter. It gives you proximity to events or to spaces that would not be seen from a helicopter." -- Ken Miguel, ABC7 News, Special Projects Coordinator

KGO-TV/ABC7 in San Francisco is one of the first local news operations in the United States to put footage from a remote-controlled aerial drone live onto the air. We find out how they did it from Ken Miguel, special projects producer at KGO, and Ron Futrell, sales and marketing director at ArrowData, which supplied the technology.
Reporting by Berkeley Lovelace.

Video footage and additional photos are included in this recap from ABC7’s initial drone coverage. The story gave viewers an overhead look at a stadium being demolished.

Las Vegas-based ArrowData was the first to receive an exemption from the Federal Aviation Administration to fly drones commercially for news gathering, or what the company calls “aerojournalism.” In addition to equipment, the company also offers training and other resources. More details are available from the company’s website.

As Sales and Marketing Director Ron Futrell tells the Las Vegas Business Press, future pilots would get training at ArrowData’s headquarters “so that they can do it safely, properly and understand the ethics involved so that they can go out and fly professionally for their news outlet.” The article also includes more information about how a consultancy deal with a news operation might work.

To learn more about what goes into flying an unmanned aircraft (i.e., a drone), check out this piece by RJI’s Rick Shaw in which he recounts what he learned while getting trained over the summer at The Unmanned Safety Institute in Orlando, Florida.

PART 2: Sensors in the subway

In its latest journalistic experiment with sensors, New York Public Radio’s WNYC data team gathered temperatures at subway stations across the city to help commuters identify — and possibly avoid — the hottest spots. As Senior Editor for Data News John Keefe tells us, the project was easier and cheaper than you might think.
Reporting by Berkeley Lovelace.

The thermometers used by the WNYC data team to record temperatures are Etekcity non-contact digital IR infrared thermometer, available directly from the manufacturer and also from Amazon.com for about $10 each.

The Reynolds Journalism Institute’s Futures Lab video update features a roundup of fresh ideas, techniques and developments to help spark innovation and change in newsrooms across all media platforms. Visit the RJI website for the full archive of Futures Lab videos, or download the iPad appto watch the show wherever you go. You can also sign up to receive email notification of each new episode.