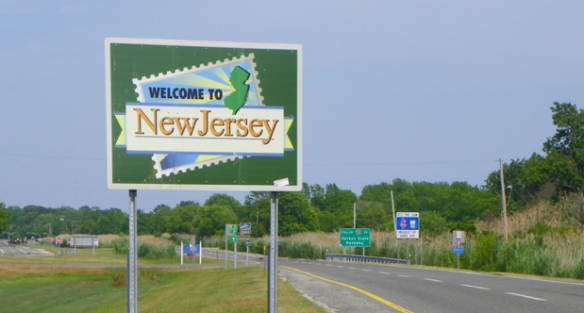 The first stop on the New Voices project is New Jersey. Photo from Free Press.

The conversation about the future of journalism has long focused on how to save newspapers, how to adopt new technologies for reporting and distribution and how to find sustainable business models to preserve the news as we’ve known it.

While these efforts are important, they focus on the business of journalism while overlooking journalism’s purpose — and the people it serves. Journalism isn’t just another industry; it’s the Fourth Estate, the institution charged with holding the powerful accountable. News organizations are supposed to inform their audiences and act in the public interest, and they play an indispensable role in any democracy.

"To build a community around the news, we need to listen to residents and newsrooms to make sure they’re helping us drive this project."

But what happens to our communities when quality journalism diminishes or disappears altogether?

It’s not pretty. Communities lose out if they don’t have multiple news outlets that cover a variety of issues and feature a range of viewpoints. Studies have shown that when local news media is deficient or disappears altogether from a community, civic participation drops, corruption increases and lawmakers bring in less funding.

The future of journalism is, in fact, intertwined with how people participate in society. Communities need journalism, and newsrooms need communities — not as passive audiences but as active partners that will both shape and support local journalism and stand up for press freedom when it’s under threat.

New Voices will connect newsrooms and communities and build a collaborative network of people invested in local journalism. Image from Free Press.

We think the best hope for public-interest journalism to survive and thrive lies in engaging the public and empowering local media. That’s why Free Press is launching the project News Voices — as a way to connect newsrooms and communities and build a collaborative network of people invested in local journalism.

The first stop on this project is New Jersey. We plan to take what we learn there to other states across the U.S.

What Is News Voices?

Free Press had an idea a couple of years ago: What if we built a network of residents, civic leaders, journalists, academics and our amazing members, and brought everyone together to advocate for quality and sustainable journalism? If everyone has a stake in the future of news, shouldn’t we bring a diverse set of voices into the fold?

Free Press knows how to organize: Just in the last year we mobilized people to fight for real Net Neutrality and speak out against the Comcast-Time Warner Cable merger. What we learned from those fights and others is that the best ideas come from the ground up.

In New Jersey we’re going to harness people power to foster better local journalism. We want to bring together people from a variety of backgrounds, with shared interests, to make our communities and local news institutions stronger. That begins by elevating residents’ voices and giving them a greater stake in local news reporting.

This is an opportunity to bring underserved communities, neighborhoods and people into the conversation about the future of journalism — and to make the media aware of and responsive to their concerns. News Voices will give people a platform to speak to reporters, talk about the issues they care about and feel connected to the outlets covering their neighborhoods.

Free Press knows how to organize and mobilize its audiences. Image from Free Press.

This kind of engagement will also benefit news reporters and editors who keep being told to do more with less. Our goal is to give them more to work with — more sources, stronger community relationships, tips for stories, and, most importantly, a readership that’s invested in the news they produce.

Over the next two years, we’re going to meet with local leaders and newsrooms to deepen our understanding of media in New Jersey. We’re going to listen to people’s concerns, hold forums to spark conversations between journalists and communities, and facilitate concrete next steps to strengthen relationships between reporters and the audiences they serve. We’ll publish research on New Jersey media and what we learn in the course of this project. We’ll produce tools that will enable newsrooms to maintain this level of engagement once our project is complete, and we’ll propose policies for lawmakers to protect local journalism and safeguard press freedom.

Throughout this work, we’ll be transparent about our approach, the data we find and both our successes and failures.

The crisis in journalism is affecting communities across the country. As print, online and broadcast news outlets large and small have closed their doors in the past decade, the greatest impacts have been on state government reporting and local-level accountability coverage. The online news ventures that have emerged to fill some of those gaps face an uncertain future.

The Garden State is a microcosm of these challenges and opportunities. New Jersey is one of the most underserved states when it comes to the news; if it were its own market, it would be the fourth largest in the country. But the state is sandwiched between two of the nation’s largest media markets, New York and Philadelphia, which means the area’s dominant broadcast outlets often overlook the issues New Jersey residents care about.

The lack of substantive broadcast media in New Jersey has given print media — local, regional and statewide — an outsized influence when it comes to reporting and providing information to communities. Given the state’s considerable government bureaucracy (565 municipalities, 12 forms of government) and history of government misconduct, local journalism has always played an important role when it comes to disseminating information and providing a check on power.

The decline in the number of New Jersey print media outlets, the closing of regional broadcast networks and the evisceration of public media funding has left huge voids in coverage.

And there’s plenty to cover. The state has a nationally prominent governor with presidential ambitions. Communities in Asbury Park, Jersey City and Newark are undergoing major changes, leaving some longtime residents feeling ignored or disenfranchised. Atlantic City, known for its casinos and nightlife, is suffering from a major economic downturn that could lead to bankruptcy. And towns throughout the state — particularly along the Jersey Shore — are still reeling from Hurricane Sandy, which destroyed many homes and left many residents without jobs.

Perhaps because so many of these developments haven’t drawn the coverage they deserve, a healthy startup journalism community has sprung up in the state. Both nonprofit and for-profit online news organizations, like Brick City Live, New Brunswick Today and NJ Spotlight are growing audiences and gaining footholds in their communities. Projects like Jersey Shore Hurricane News are experimenting with social media platforms and unconventional methods of delivering the news. Montclair State University and Rutgers are researching the state’s media ecosystem and helping to build monetary and reader support for news entrepreneurs.

The Geraldine R. Dodge Foundation has led the way in philanthropic commitments to funding sustainable local journalism in the state. And the Dodge Foundation is joining with the Democracy Fund to support the launch of the News Voices project.

Building a Community Around the News

What News Voices brings to this dynamic network of local journalism outlets and institutional supporters is a focus on communities. We’re starting from the ground up and using organizing tools to reach out to residents, neighborhood groups, activists and other community leaders.

A key to all of this is understanding that we don’t have all the answers. To build a community around the news, we need to listen to residents and newsrooms to make sure they’re helping us drive this project.

That’s why we need to include as many viewpoints as possible. This project will succeed only if we hear from you. If you’re a journalist, tell us about the stories you want to report on. If you’re a member of the public, tell us how the media could better serve your community.

You can join the News Voices: New Jersey project by emailing Mike Rispoli at [email protected]