The Potential and Peril of Eyewitness Media for Journalists, Educators 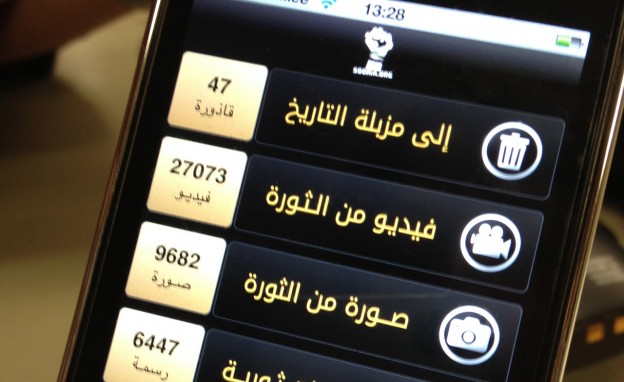 As ordinary citizens gain more access to technology to distribute their eyewitness accounts, media outlets will have to address the legal and ethical dimensions of redistributing and using this content. A recent study from Eyewitness Media Hub suggests we’re not yet realizing this reality.

The study, a follow-up on amateur footage research funded by the Tow Center for Digital Journalism at Columbia University, found evidence that photographs and videos featured in online newspaper articles are often presented inaccurately or used without permission.

"[Verifying eyewitness media] is going to be as essential to contemporary journalism students as shorthand was to the graduates of yesteryear."

Eyewitness Media Hub co-founder and lead researcher Pete Brown studied the websites of eight newspapers from around the world and found significant differences in how each one uses eyewitness reports captured on digital cameras and mobile devices.

“Legally and ethically, news organizations should be crediting content creators when using eyewitness media,” the report concludes. “Permissions are also a critical part of gaining and retaining the trust of eyewitnesses — trust that will be key to developing the collaborative relationships necessary to thrive in this rapidly evolving area of journalism.”

EducationShift connected with Brown to find out what these findings mean for journalism education and how instructors can begin combating these legal and ethical concerns in the classroom.

How have advances in technology changed the way eyewitness reports are used in news? For good or for bad?

Pete Brown: Certainly advancements in technology have increased the amount of eyewitness media that is being used in news. Whether or not that’s a positive or negative development is entirely subjective, but I certainly think it’s a good thing.

It’s an obvious example, but just look at Syria. A huge amount of the footage that has emerged from there has been shot by eyewitnesses using smartphones or other mobile devices. Without those photos and videos we would know so much less about what’s going on. Obviously that content gets used in various ways, but the research showed that the New York Times makes particularly interesting use of it, compiling clips and images in these really thorough, in-depth video features that illuminate certain developments in the story or provide vital context or background information. It’s hugely impressive and just one example of how eyewitness media enables journalists to tell stories that otherwise could not be told.

I’ve recently conducted reception research with news audiences, and they were unequivocally positive about eyewitness media. So in that regard, advances in technology, which provide more ways for eyewitnesses to capture and share newsworthy capture, is a positive thing.

Some of the big things at the moment are the boom in streaming apps and the emergence of chat apps as a means for sourcing and distributing eyewitness media. Of course streaming apps are nothing new — services like uStream, Livestream, and Bambuser have been around for a good while and have been used to broadcast some significant news events — but the emergence of Meerkat and, in particular, Periscope have created a host of new opportunities — and new challenges. For example, on the day Twitter launched Periscope it was being used to live stream footage of a fire in the East Village in New York. Obviously, in terms of immediacy, which news audiences really value, that’s a great thing. But it also brings additional ethical issues and questions, and there is an obvious shortfall in terms of how much contextual information the “audience” is getting about the pictures they’re viewing on Periscope. So, as always, there are pros and cons to how advancements in technology impact upon the news.

How can educators better prepare students to work with eyewitness reports?

Brown: Every single journalism school should be ensuring their students are capable of sourcing and verifying eyewitness media. Those are skills that are going to be as essential to contemporary journalism students as shorthand was to the graduates of yesteryear. Educators also need to ensure that their students are up to speed with the various legal and ethical issues associated with using this content. When it comes to the legal stuff, that’s easier said than done because there’s so much uncertainty in this area, and it very much feels like people are testing the water. But in terms of both legal and ethical issues, journalists can avoid so much potential hassle simply by opening dialogue with the eyewitness. I really think that’s so important and is a point educators can’t emphasize enough to their students.

Take crediting for example. That’s a vital issue, but our research showed it isn’t always straightforward. Sometimes people want to be credited, sometimes they don’t. Equally, sometimes people want their content to be used by the news media and sometimes they don’t. It’s only by opening dialogue with the eyewitness that journalists can establish the eyewitness’s requirements. I argue in the report that as eyewitness media becomes an increasingly important cog in the news machine, it’s going to be vital for journalists and news organizations to develop strong relationships with uploaders/eyewitnesses and to establish reputations for being ethical and trustworthy in this area. And that doesn’t have to come down to massive changes. Just doing the simple things like asking permission to use content where necessary–I personally feel this is important even when embedding content because of the added exposure that publication on a mainstream news site can bring — and giving due credit/attribution to the eyewitness where desired is an important part of that.

How can the use of eyewitness reports be useful to news production? How can it be harmful?

Brown: I’m a huge advocate of eyewitness media. There are numerous ways in which it’s useful to news production. Perhaps its most obvious strength is that it provides immediacy. Journalists can’t be omnipresent. Even the most well-resourced news organizations can’t guarantee that they’ll always have someone in the right place at the right time when a story breaks. That’s an obvious, but key area in which eyewitnesses can help. Smartphone cameras are rapidly improving as is the technology through which people share their content. That’s why it’s so vital for journalists-in-waiting to know how to source, verify, and secure permission to use this stuff.

And it’s not just that. In this research, and the study of broadcast news we did with the Tow Center, we found that eyewitness media can capture moments or footage that enable journalists to tell stories that otherwise simply could not be told.

I’m not sure that eyewitness media in and of itself can be “harmful” to news production. Harm is only likely to be caused if content is mishandled or misused by journalists, such as if it is used in a way that is unethical or legally unsound. Likewise, I don’t think news organizations should be reaching the conclusion that eyewitness media can somehow replace professional journalism. It’s an amazing and invaluable addition to the newsgathering process, but audiences still need journalists to unpack and make sense of eyewitness content and to provide vital context about the story.

The study used a variety of methods to gain information about how eyewitness media is used. Graphic courtesy of Eyewitness Media Hub.

What are some tangible first steps to using eyewitness reports appropriately and ethically?

Brown: Two of the most important first steps are ones I’ve already touched upon: verification and permissions. A third is to label eyewitness content so the audience is aware that it was produced by someone unrelated to the newsroom.

Journalism students need to know how to verify content, but it’s important to recognize that that doesn’t necessarily have to be a long and arduous task. In that regard it never ceases to amaze me that we’re still seeing instances where journalists — sometimes very experienced ones — are using and/or circulating photos that they claim to be of one thing despite the fact a quick reverse image search on Google or TinEye shows them to be of something completely different. Storyful’s Eoghan Sweeney wrote a very entertaining piece about this regarding some of the news coverage of the recent unrest in Baltimore.

Regarding permissions, a tangible first step is to contact the eyewitness/uploader. Ask them to confirm they took the photo or video — it’s astounding how often people don’t do this. Ask them for permission to use their content. Make it as clear as possible when, where, and how their content will be used. Simple steps like that could help avoid so many potential problems down the line. Also, by opening dialogue with the eyewitness to get permission to use their content, you create the opportunity to get more details about the news event or their content, which can only improve the quality of your story.

On labeling, we would argue that journalists should always strive to tell their audience when they are using eyewitness media. The research suggested that online news outlets are much more consistent than broadcasters when it comes to labeling eyewitness media. This, again, is a pretty straightforward practice, but it’s an important one because it provides vital context for the audience, particularly when you’re dealing with footage shot by people or groups who are trying to promote a particular cause or political position, such as that related to ISIS.

On the flip side, what are some mistakes to avoid when using eyewitness reports?

Brown: Perhaps one of the best ways to avoid mistakes is to retain a degree of skepticism at all times. Don’t just take a piece of eyewitness media at face value. If it seems too good to be true, it probably is. Verify it as much as you can. Try and corroborate the details. Don’t publish anything until you and/or your editor are adamant it’s prudent to do so. When it comes to verification, there’s no victory in being the first to be wrong. It’s better to be last and right than first and wrong.

Similarly, remember that there is a human being behind that social media profile. Don’t publish content you don’t have permission to publish (unless you have a watertight fair dealing defense). The interviews I’ve included in the report show that journalists can’t afford to make assumptions about eyewitnesses. No two people are necessarily the same. It isn’t wise to always just assume that people will be happy for their content to be published as long as it’s credited. As the fifth case study in the report shows, this can bring a considerable amount of unwanted attention. In that specific instance, the eyewitness, whose photo was used by a newspaper without his permission, was subjected to some very unpleasant trolling after his Twitter handle was used as a credit.

He didn’t have a problem with his content being published per se; he was just upset that he was subjected to abuse and he was adamant that he wouldn’t have been if his Twitter handle hadn’t been published. This is a prime example of a time when dialogue with the eyewitness would have helped because there’s every possibility that he would have said, “Yes, you can use photo for your story, but please don’t publish by name or Twitter handle.”

If you try and play things by the book, you could save yourself and your news organization a lot of hassle and a lot of money down the line.

Meagan Doll is a senior at the University of Wisconsin-Madison studying journalism. She is an intern for the EducationShift section at PBS MediaShift.