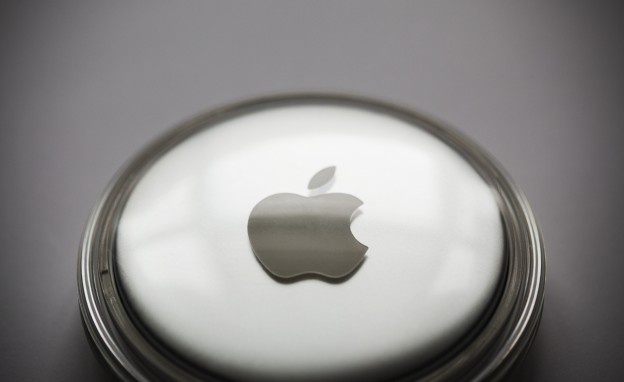 Photo by Grant Hutchinson on Flickr and used here with Creative Commons License.

Like many folks focused on what’s happening in digital media, I was half paying attention to the Apple keynote launching its worldwide developers conference.

It was proceeding as expected, with updates to iOS and launch of another version of OS X, the desktop operating system. And the much-anticipated launch of Apple Music. At about an hour in, just as I was about to tune out to head to a meeting, Susan Prescott’s presentation caught my eye.

"Small news organizations and those in broadcast should be signing up and experimenting with this service now, and actively participating in the evolution of Apple News Publisher."

No, it wasn’t that Apple, for the first time, put the spotlight on two of its senior executives who happened to be women (instead of its typical parade of white dudes).

What gave me pause was the subtle invasion Apple launched into my world: Apple News.

On its face, Apple News seemed like a pretty neat feature added to the iOS ecosystem. An absorption and recast, in typical Apple fashion, of a concept proven by applications like Flipboard. It allows a consumer to create a rich user experience and customize the news and information they want and need on their Apple device regardless of publisher or brand.

Screenshot from apple.com livestream of the WWDC keynote.

As a former newspaper designer, I love the concept of an elegant alternative to the stream that has permeated our digital experience.

As a business geek, I chuckled with a bit of schadenfreude on the future of services like Flipboard and Adobe’s Digital Publishing Suite. I’ve used and am fond of both services, and am empathetic to the discussions that must be going on with their senior executives now.

But not too long after, I realized that my own world could be affected by the “Apple-fication” of news — both in how we teach our students and how we run our media company.

I paid particular attention to the news organizations highlighted in the keynote and noticed a trend: a marked absence of non-international news brands. There was no representation of a metro-based newspaper or public media outlets, nor many mentions of broadcast-based news organizations.

Getting discovered in an age of ‘Platform Capitalism’

The digital age has brought a major boon in the ability for many voices to be heard in our communities. We’ve seen the explosion of individuals and organizations providing news in a variety of ways they never have before. An unfortunate byproduct is a glut of information  — and that is one among many forces transforming news.

In a piece for Nieman Lab earlier this year,Josh Benton, highlighted a movement toward a model of distributed content. The publisher is no longer the platform, and brands are creating content for platforms that they do not own or control.

But I think it’s clear that just like with music, or with maps, news is an OS-level utility on mobile devices now.

In the reality where news is a utility, what does that mean for the non-national new brands?

Collectively the media still have not come to grips with the forces that are transforming our industry and the larger economy. We are in an era of “platform capitalism,” where value is created not in providing a service, but connecting individuals. What does this mean for news? Or more specifically the business of sustaining the effort.

How do we smaller news organizations continue to have a seat at the table now that our communities have an option to move to these new mega platforms? How do we compete where the national players will be more nimble, better financed and better designed than many local efforts?

Granted the announcement of this platform is still very fresh (even the rumor mills only got wind about an hour prior to the start of the keynote), but little is known how this platform will play with the non-buzzy brands that were so elegantly displayed on that giant screen in San Francisco.

This platform is just one more tool in the arsenal for the Voxes, Buzzfeeds, Conde Nasts and New York Times of the media ecosystem. It could very easily be a threat to the ecosystem of the “littles” if we do not actively engage.

How does a regional reporting hub like mine play in this world? Any why aren’t more of us doing so?

These are the questions that are unanswered. And questions that leaders of media organizations who aren’t being actively courted by the Goliaths like Apple need to be asking.

The new gatekeepers are no enemy at the gates

The typical response to forces like these are instant protectionism. We saw that reaction when Facebook announced its Instant Articles platform. And I’m one to agree with Will Federman that if we’re worried about the news on Facebook, we’re already dead.

Rather than burying our heads in the sand, we should instead be working with Facebook, Apple, Google, Snapchat, Yik Yak, etc., on recognizing the importance for ensuring the voices of the non-VC backed, non-mega brand are served and heard.

These are the questions we should be asking:

So no, Apple did not kill local news in one breath.

The truth is, we don’t know what effect the announcement will have. As Benton points out:

This new platform shouldn’t be the sole domain of the club that Apple anointed, nor the media organizations evolved from print.

Small news organizations and those in broadcast should be signing up and experimenting with this service now and actively participating in the evolution of Apple News Publisher.

It’s up to us to make sure that our voices are heard and we explore these new realities. If we don’t, we’ll be left behind.

Matt Sheehan is director of the Innovation News Center at the University of Florida’s College of Journalism and Communications. He is on the journalism department faculty and serves as the news director for six terrestrial broadcast stations that serve North Central Florida, including the NPR, PBS and ESPN affiliates, as well as the College’s digital media properties.

One response to “Did Apple Just Kill Local News?”