Mediatwits #160: Verizon Buys AOL But Is It Really A Deal? 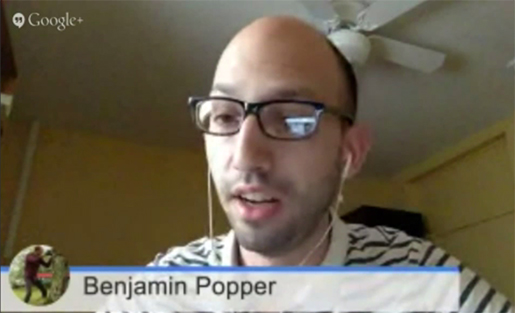 Ben Popper, business editor at The Verge, explains why he thinks the Verizon and AOL merger might make sense.

The big news this week, in case you haven’t heard, is the proposed merger between Verizon and AOL. Verizon going to pay $4.4 billion to acquire all that is AOL — pending regulatory approval. Many of us can still remember the early days when AOL was stuffing their CD’s in mailboxes across the nation but while the company still maintains a dial up service it’s grown to be more than that. It’s cultivated a significant media presence with The Huffington Post, Engadget, and TechCrunch. Of course, Verizon didn’t spend billions of dollars just to buy those aforementioned publishers. Some are saying Verizon might spin off those websites when they acquire AOL. If you want to understand why this deal is going through you need to take a look at AOL’s ad business. To put it simply, AOL has built a popular and profitable marketplace/platform where advertisers can bid on online ad space and Verizon wants a piece of it. The future of AOL, at least according to current CEO Tim Armstrong, will be mobile. In a memo announcing the deal to employees, he writes “Mobile will represent 80 percent of consumers’ media consumption in the coming years and if we are going to lead, we need to lead in mobile.” We’ll be joined this week by Ricardo Bilton, staff writer at Digiday; Robinson Meyer, associate editor at The Atlantic; and Ben Popper, editor at The Verge. Andrew Lih will host and Jefferson Yen will be producing.

"AOL is a shadow of its former self, but if you look at where the growth in the company is, it's in " - Ben Popper on the Verizon and AOL merger

Robinson Meyer is an associate editor at The Atlantic, where he covers technology.

Ben Popper is the Business Editor at The Verge. He was formerly the founding editor at Betabeat and the  East Coast editor for VentureBeat. He has written about technology and culture for publications including The New York Times, Atlantic, Slate, Fast Company, Vice, The Wall Street Journal and Rolling Stone.

When news of the deal broke there were a lot of comparison to AOL’s previous partnership with Time Warner. At its peak, AOLTimeWarner was worth a combined $350 billion. No one has a crystal ball, but people are seeing the potential in this latest matchup. Over at Ars Technica Cyrus Farviar writes the deal makes “plenty of sense” when think about Verizon’s efforts to launch a video service. In 2005, Verizon created a mobile video service called VCast. While that service died in 2012, Verizon has continued to experiment, most recently with Redbox Instant. AOL’s ad platform for videos would serve as a nice complement for a future video service.