How TV Newsrooms Are Pushing Original Video on Facebook 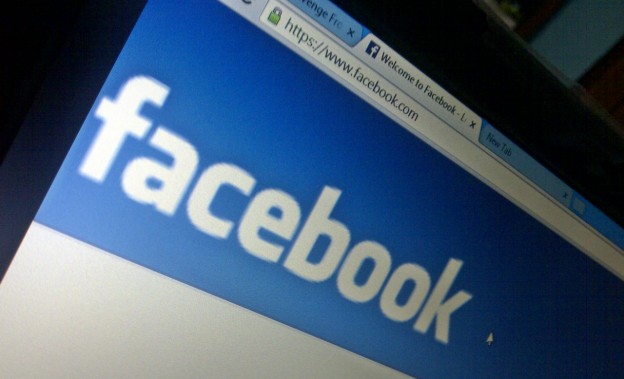 This is truly a fascinating time to be part of or connected to the world of journalism. The issues being discussed right now regarding native content in social spaces will go a long way in determining the future of our industry. I tend to be as optimistic as possible, and I think there is plenty to be excited about – especially if a sourced report about Facebook and news organizations/publishers potentially working out a deal for a share of ad revenue turns out to be true. Stay tuned.

"One of the biggest benefits of posting unique content to Facebook and other social platforms is introducing your work to a completely new audience."

Because that’s the main fear, right? The feedback on my previous article about TV news and unique content on Facebook was split into two camps. “Yes, we should obviously do that” or “there’s no way on earth we can do that and still make money and stay in business.” So I hope to put some of those in that second camp at ease here by showing you some simple (but useful and creative) things TV newsrooms of all sizes across the country are doing right now with native video on Facebook.

Just Say No to Video Teases

First, let’s revisit the key point from my previous article. My argument was that TV newsrooms should eliminate posting video teases to Facebook. I outlined several reasons why, but I think the most important reason is Facebook posts are repopulated for several days in users’ streams, so there is a very real chance someone won’t see that 15-second video tease until a day or two after the story aired. Perhaps even more important, however, is how people respond to video teases. One of the biggest benefits of posting unique content to Facebook and other social platforms is introducing your work to a completely new audience. Video teases aren’t shareable. They don’t make people click that all-important “Share” button and tell their friends they HAVE to see this.

Facebook’s native video app is making this easier and easier. The content has to be there, though. And it has to be shareable.

Facebook just announced last month it has surpassed four billion daily video views with its native video player. That’s pretty astonishing for something that hasn’t been pushed all that long. In addition, 75% of those video views globally come on mobile. It’s clear that Facebook native video is reaching people where they are (mobile) and making it easy for them to pass content along to friends.

Shouldn’t that be the goal for newsrooms and their content, as well?

Let’s be clear: newsrooms can still link back to their websites. Newsrooms don’t have to post every single story every single day to Facebook native video. Newsrooms don’t have to create multiple pieces of pre-produced content every day just for social. Start with something simple. Look for opportunities to replace story and newscast teases with actual content. The workflow shouldn’t change all that much. Instead of a reporter or anchor shooting a tease, quickly shoot something of value. And, as you’ll see, it doesn’t mean you can’t still tell people to watch your newscast.

There are some newsrooms and companies that go all-in when it comes to native video on Facebook. I’m not suggesting local TV stations have to go that far, but I want to point them out so journalists can see the astounding number of views and shares.

TODAY: NBC’s TODAY Show has several video franchises it frequently shares natively with its Facebook audience: Morning Moments, Trending Videos (which TODAY sometimes shares on Facebook before the segments air on television), behind-the-scenes videos, and Flashback videos of archived segments from the show. TODAY also doesn’t hesitate to post big moments from the show natively to Facebook. For instance, when Ted Cruz and his wife talked to Matt Lauer after Cruz announced his run for the White House, it was on Facebook within minutes after the interview. “When we align our posts on Facebook, for video specifically, with those show mentions – when we make sure they’re happening in unison – we see twice the bump that we normally would,” said Ashley Parrish, the executive producer of digital for TODAY.

This is just too cool! Watch our own Natalie Morales transform into a zombie for The Walking Dead.

HLN: The cable network used social media to launch the brand of its new daily show called The Daily Share in September 2014 – four months before the show premiered on air. “We were looking for a younger, more socially savvy audience for the show and for the network as a whole, so we thought it would make sense to create content for the places where those people actually are,” said HLN’s Lila King. HLN has seen big successes with short pieces of native video and social graphics shared across the various platforms. The piece embedded above received a combined 35 million views between The Daily Share and HLN Facebook pages. Not bad for a start-up news brand, eh?

Nothing is impossible! This blind man creates vibrant paintings just by using his sense of touch.

For local TV newsrooms, posting quality, shareable, native video to Facebook can lead to a win-win scenario. News orgs can give consumers what they want where they want it. But if the content is compelling, it can drive users back to their websites for even more stories. Here are some local TV newsrooms knocking it out of the park with Facebook native video.

KTLA 5 News: Let’s start with the simplest example of how local TV news can do this. KTLA in Los Angeles is just one of a number of stations taking snippets of stories and posting them directly to Facebook. In the example above, you see the story obviously has quite a character involved. The station is providing something of value to the user – a collection of colorful soundbites – and also provides a link for users to watch or read the full story.

A 73-year-old ex-Marine in Northern Californian says he punched a bear in the face to save his two dogs.Carl Moore says he would do it again to protect his dogs, who were sleeping on the porch when the bear approached.According to several witnesses, the bear reared up and turned toward Moore, who threw a punch that sent the bear running.”Boom, I hit him good,” Moore said.Read KTLA’s story here: http://ktlane.ws/1zwtgng

Q13 Fox News: KCPQ in Seattle frequently takes things a step further. It posts pre-produced content to Facebook that is made solely for social. This, of course, takes a little extra effort and resources, but it, again, comes back to this idea of giving people content where they are and where they want it. Q13 and KTLA are both owned by Tribune Media. Steve Baron, Tribune Media’s VP of digital, told me the group’s 42 stations are willing to take chances with experimentation. “The interest in native video has bubbled from the stations on up, as opposed to the corporation on down,” Baron said. “The stations a few months back started noticing that when they did post native video to Facebook, it started to do really well. The stations, quite honestly, took it upon themselves to start experimenting with native video.” Tribune Media’s stations combined do 20 million video views per month on Facebook.

Don’t cry foul! Off the Pitch with Erek has the facts around free kicks and penalties! Tune in to Q13 this Saturday to see Seattle Sounders FC take on the Houston Dynamo. Coverage starts at 6:30pm!

11Alive: WXIA, the NBC affiliate in Atlanta, is also leading the charge in producing content solely for social. WXIA uses a style similar to AJ+, with video stacks to tell a story in a minute or less. The video on the new royal baby got more than 100,000 views and was shared nearly 700 times.

KARE 11: Many fans of the business will recognize KARE 11 in Minneapolis as the home of Boyd Huppert, perhaps the country’s finest storyteller. KARE recently produced what is essentially a tease for one of Boyd’s stories – but it was enough to stand alone as content itself. That glorified tease had nearly 97,000 views and was shared nearly 2,500 times. The description, by the way, had a link to the website to watch the full story. This is another example of a win-win.

News 4 SA: My former station produces Quickcasts throughout the day that are native to Facebook. They either feature the day’s top stories or topics that are trending on social.

BALTIMORE RIOTS: Ashley Sutton has more on the protests that turned violent in Baltimore.

KING 5: The Seattle station recently featured drone footage on its Facebook page of the final days of Tulip Town. The 28-second clip was viewed more than 101,000 times and shared more than 700 times. It also featured a link back to the KING 5 website. Again – win-win.

“Don’t cry because it’s over. Smile because it happened.” Patrick Marker from Over Skagit captured the final days at Tulip Town. Workers are ‘topping’ the tulips so the next bulbs can grow. See photos & drone video of the tulips in full bloom: http://kng5.tv/TulipTown

As you can hopefully see, this isn’t necessarily reinventing the wheel here. The majority of these examples require minimal changes in workflow. And let’s be honest, TV news, as an industry, needs to change the workflow to be more digital and social first anyway.

So what are stations getting out of the effort to share native video on Facebook? Glad you asked. I will be taking part in a webinar next month here on PBS MediaShift talking about that very issue. It’s Wednesday, June 17 at 1 p.m. ET. The webinar is sponsored by Acquia and is free to enroll. We hope you will sign up and be part of the discussion!

This post has been updated with more recent numbers on how many views the video on the new royal baby garnered.