Mediatwits #157: The Rise (and Hype) of Glance Journalism on the Apple Watch 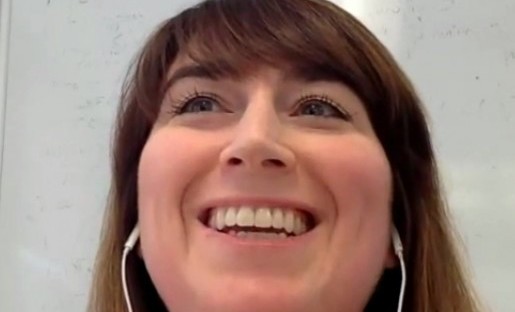 In recent years, as wearable technology has become increasingly popular people have been waiting for Apple to introduce their version, which will start shipping today. It’s still too early to tell whether or not the Apple Watch will be revolutionary in the way that the iPod or iPhone were — or more of a Newton-like flop. But publishers aren’t waiting around to see. Many are developing apps for the new product. It’ll be interesting to see how publishers approach storytelling on such a small screen. The New York Times will attempt to convey stories in one sentence on its new app for the Apple Watch. The Washington Post’s strategy focuses on eye-catching photos to entice users to read the full story on their phones. CNN is hoping the ability to jump to their live feed on your iPhone will differentiate them from other news apps. The small form factor of the Watch might give rise to a new form of journalism some call “glance journalism.” We’ll talk about the future of news on your wrist on this week’s Mediatwits podcast, with guests Julia Beizer, director of mobile products at the Washington Post; Ricardo Bilton, staff writer Digiday; and Cindy Jeffers, CEO of Salon.com. We’ll also be joined by regular Andrew Lih at American University, with PBS MediaShift’s Mark Glaser hosting and Jefferson Yen producing.

"From our perspective, it requires rethinking how you maintain that high quality news and analysis experience in this smaller, more discrete but high frequency platform." - Cindy Jeffers on publishing on the Apple Watch

Julia Beizer is director of mobile products for The Washington Post. Julia launched The Post’s first iPad app and has worked on every mobile product they have developed since. She’s dedicated to the future of the medium and spends her days sweating the details of user experience and execution. Julia lives outside Washington, D.C., with her husband, two kids and a ton of devices. Find her @juliabeizer

Cindy Jeffers is the CEO and CTO of Salon.com, the leading progressive news site. Prior to Salon, she served as Technical Director at The Huffington Post through a period of substantial growth in traffic and revenue and an acquisition by AOL. In the preceding decade, she designed interactive experiences for museums installations, retail environments, touchscreens, games, websites, digital signage, mobile phones, and kiosks. Cindy holds a masters degree from the Interactive Telecommunications Program at New York University where she focused on physical computing. She holds a Bachelors degree in Women’s Studies from Barnard College. Follow her @Cindy_Jeffers

Smartwatches have carried a place in our popular imagination since the time of Dick Tracy and Inspector Gadget. Smartwatches in their current iteration have been around since 2001 but have yet to truly take off. A lot of the early watches felt gimmicky. The technology seemed to have a long way to go before catching up with the platonic ideal of what a smartwatch could be. But the popularity of fitness trackers such as Fitbit show consumers are open to the idea of actually wearing their technology on their body.

For publishers, there is an opportunity to establish a leading voice on this new platform. However, because this is such new territory there are still problems that need to be solved. The most obvious one is the relatively small amount of real estate on your wrist. Cooking website Epicurious is using a rather novel approach to this problem. They won’t be displaying recipes on the Apple Watch. Instead, it will serve as an extension to their iPhone app, sending you a notification when you need to flip over your steak.

It must be said that there are still reasons why publishers might adopt the “wait and see” approach to wearable technology. It’s still unclear how much revenue wearables can generate for publishers and how much traffic they might deliver to their mother sites. And non-native apps (without Apple’s official blessing) run much slower than native ones. But publishers may be choosing to jump in now, when they have the most power to shape the future of the platform, rather than waiting for others to dictate the rules.