‘Netflix for Magazines’ Services Explain Why They’re Not Doomed 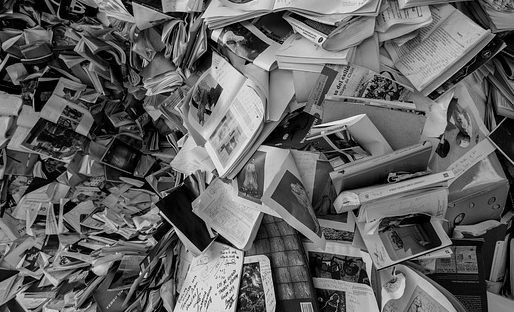 Photo by Victor Perez via Pixabay and used here with Creative Commons license.

It must be depressing to hear so many people say that your company’s business model has no future.

Some magazine industry observers have recently said that the “all-you-can-read” or “Netflix for magazines” subscription model is doomed. They cite the lack of appeal of digital magazines, the missing sensory pleasure of print, and the superiority of reading individual online articles over magazine issues.

"We have tried to go away from being a reading app to make it more of a utility, using trusted content that’s in magazines.” -Blake Pollard

Despite these doubts, the companies offering this subscription approach have soldiered on and have seen some success. For example, Next Issue — a joint venture among six major publishers — has raised $50 million through investment firm KKR.

Two smaller companies, Magzter and Readly, have recently started offering the “all-you-can-read” subscription option to U.S. readers. They hope not just to avoid doom, but to thrive. They’re counting on simple downloads, niche and international appeal, and the residual strength of print culture.

So why do they think they’ll endure and succeed? I talked with Magzter and Readly to see what fuels their optimism.

Two major U.S. digital magazine distributors, Next Issue and Zinio, have offered access to mainstream magazines for some time. As a joint venture among six major magazine publishers, Next Issue offers over 140 magazines, including some of the best-known American magazines, and sells an all-you-can-read subscription for $9.99 per month. Zinio says it offers over 5,000 magazines to users, including many major U.S. publications; it sells the “Z-Pass,” which offers up to six magazines for $5 per month.

But as in buffet-style restaurants, the offerings from both services are simply prepared. Magzter and Readly both provide relatively fast downloads of magazine issues that have sparse digital enhancements. Most of these replica editions look pretty much like PDFs.

“Even if we create more interactive magazines, the download speed gets reduced, and the experience is not that great,” says Vijayakumar Radhakrishnan, co-founder and president of Magzter. Girish Ramdas, his fellow co-founder and Magzter’s CEO, adds, “When people want to read certain content, it should be available, and should be quick to download and quick to read.”

Still, Radhakrishnan says Magzter plans to launch more interactive issues for 300 to 400 titles in the near future.

Admittedly, reading a digital replica of a magazine can sometimes be less than pleasurable. While the fairly speedy downloads of Magzter and Readly’s replica editions are refreshing after the long waits required for other digital magazines, text often feels like it’s in 6-point type when viewed on a full magazine page on an iPad Air 2. Zooming in to read, and then dragging the page around to view other parts of a story, is distracting and diminishes page designers’ noble efforts. But maybe the low cost and convenience outweigh those concerns for other users.

While Magzter and Readly don’t offer access to every popular magazine, they seem to hope that readers will find their wide-ranging, sometimes quirky selections intriguing. In fact, this niche approach might appeal to the reader who has either extremely diverse interests or intensely deep interest in a single area. If you want to read a wide variety of magazines — or just every magazine on one topic — an unlimited subscription plan might be more cost-effective.

“Next Issue is owned by the big publishers, and they’re putting up their big brands,” Pollard says. “We’re trying to find niche audiences, people who are passionate about things.”

To help readers find interesting content, both Readly and Magzter are developing stronger search and personalization tools. Ramdas noted that when a magazine app competes against every other app on a mobile device, users need to find what they want quickly.

“One of the things we see in the magazine business is — especially with the iPad or other smart device — the consumer has less time on their hands to spend on these things. Magazines aren’t competing against other magazines, but against other apps,” Ramdas says. “The consumer doesn’t want to spend time on 20 apps per day. You want to read all you can in one place.”

Magzter on the iPad.

Both Magzter and Readly promise new personalization features soon. Pollard says Readly’s tools will be similar to those offered by Netflix and other services that customize recommendations for users. Readly also offers a search function that works across all of its magazines’ content, not just their titles, to help readers find stories in any available magazine.

“Along with trying to target more niche audiences, we have tried to go away from being a reading app to make it more of a utility, using trusted content that’s in magazines,” Pollard says.

According to Pollard, Readly is less about the experience of the magazine as a medium and more about making magazines’ unique content accessible to satisfy users’ personal interests.

“I don’t know if there are as many people out there with the mindset that they just really love magazines. [The magazines] have to be tailored to their interests,” Pollard says. “Magazines are a way to fulfill that passion and learn more about it. A lot of that content can’t really be found out there on the web. A lot of it is still controlled by these magazine brands, and they don’t put a lot of it out there. It’s still centered around their magazine.”

“The U.S. itself is a diaspora-filled country, with people from all over the world,” says Ramdas. “They want to find that content somewhere.”

Readly on the iPad.

Pollard says Readly is considering similar audiences: “The affluent Spanish-speaking population in the U.S. is massive, and they don’t have a lot of access to their local content. We will market to them.”

At both Magzter and Readly, publishers receive a share of readers’ subscription fees based on engagement, including the number of pages read in their magazines each month. Pollard says Readly’s formula is based on where readers live, how many pages they look at and how much time they spend on each page. Both services promote other ways publishers can make additional money, however. Larger audiences on any platform mean more advertising revenue, and readers’ data are valuable to publishers.

Both Magzter and Readly are rooted in countries where print culture and magazine publishing are perhaps more robust than they are in the U.S., though they also face change. Magzter’s founders are from India, and Readly is based in Sweden, where Spotify’s success inspired its development. While Sweden has seen some decline in magazine readership, India’s print media industry is expected to continue to grow, according to a recent forecast, even while other media industries also increase their revenue within the country.

Print-oriented readers might find digital replicas more acceptable, and this business model might appeal to publishers in these companies’ home countries and other regions of the world where readers are just starting to drift away from print media.

“There aren’t as many subscriptions to magazines in those markets, and a lot of their circulation is single-copy sales,” Pollard explains. “Readly solves a problem in Sweden for a lot of publishers. … There’s definitely a different mentality. In the U.S., we were out ahead of things a little bit, and our titles are more subscription based instead of single copy. But print has fallen off, and what happened three to four years ago in the U.S. is just now starting to happen in the U.K. and Europe.”

Both of these companies are betting that there is a profitable global future for the read-all-you-can model of magazine consumption.

“It’s only a question of time as more consumers start liking this model,” Ramdas says.