Millennials and Media: Let’s ‘Show the World Our World’ 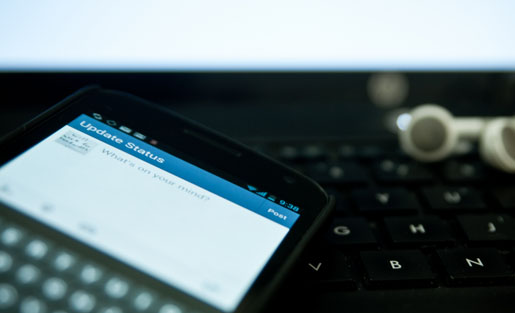 Six-second videos. Listicles, not narratives. Crawls, feeds and pins. Photos we snap and share; then they vanish. Retweets and reblogs, not reading. Analytics, but no analysis.

What do millennials want? All of the above, or something else?

A recent NiemanLab article points to “a new wave” of social media tools and websites, all trying to reach readers born sometime after 1981. Snapchat, Vine, Vox, Vice and BuzzFeed, among others, are competing furiously for millennial attention.

As Nieman notes, the stakes are high — not only 78 million Americans who will spend $200 billion annually by 2017, but a whole new audience of news consumers.

There’s just one thing: Mainstream media rarely listens to teens. And when we do, surprising insights emerge, particularly from student journalists who are making their way through this new media landscape — and don’t always like it.

At a recent editorial meeting for my JSK Fellowship project, called Global Student Square, students discussed everything from ISIS and Islam to using Google analytics to make stories “stickier” and more engaging.

A mention of Fox News drew hoots of laughter — “they cover the news when they’re in a good mood,” said Simon Greenhill, co-editor-in-chief — but so did ESPN, for contributing to an explosion of erroneous tweets surrounding the recent trade of NBA star Isaiah Thomas.

“I was so frustrated,” said Veronica Vargo, a senior and web editor for The Stagg Online at Amos Alonzo Stagg High School in Stockton, Calif. “Can’t you get it right? Or is this a game?”

While teens do consume much of their news from screens (spoiler alert: Not reading a daily newspaper is part of Pew’s “How Millennial Are You?” quiz), that doesn’t mean brevity and bytes are winning over depth and density.

“I read The New Yorker. I’m willing to put an hour into a story if it’s really good,” said Greenhill, a freshman at the University of California-Berkeley. Other favorites were Medium, for its clean design and curated content, and Slate and Mother Jones for investigative reporting.

The Huffington Post and The Washington Post drew nods of approval for tweeting pull quotes and links that pique readers. “I love that,” said Vargo. “I read the story, then I share it.”

Still, students worried about a glut of “light” news that’s easy to digest but doesn’t satisfy.

Casey Miller, co-editor-in-chief, uses BuzzFeed to keep up with cultural trends. But she worries that hard news from other, more investigative sources isn’t making it to her classmates.

“Outside of my journalism class at school, if I went up to someone and said, ‘Oh my God, did you hear about what happened at Charlie Hebdo?’ nobody would know what that was,” said Miller, who plans to study journalism at the University of Oregon this fall.

“And I think that’s an issue — you need to be aware not just of your town, but beyond, and not only for your good, but for the good of the world.”

Writing fire — but don’t say that

One news value millennials seem to cherish above all is authenticity. Talking down or adopting a “cool” youth vibe is news death.

“ ‘The writing was fire’ — I can say that colloquially because that’s my language,” but it has no place in news, said Vargo. “It’s being too colloquial. To be responsible and credible, you can’t break that line. Language is still language.”

Wasting time is another no-no, but so is underestimating a young person’s hunger to stay informed.

“Vine is six seconds, Snapchat is 10 seconds. Because of that, people think (we) only have 10 seconds to pay attention,” said Jada Johnson, co-editor of Stagg’s newspaper. But videos of John Oliver’s investigative reporting, or the arrest of Eric Garner in New York, were much longer and went viral, she noted.

“It’s like that quote from Socrates: ‘Our young people don’t know how to respect adults. They don’t know how to read, they talk back to people,’ ” Johnson said. “But I will watch documentaries, hours long. It’s just easy to assume that millennials don’t care about real news.”

It’s easy to say that the teens and twentysomethings I’m working with aren’t typical — and I’d agree. Those quoted here are products of high school journalism programs, with advisers who patiently taught them bedrock news values.

These millennials understand accuracy, balance, completeness. They fact-check. They make deadline. Along the way, as the First Amendment empowers them to do, they learn to afflict the comfortable — and comfort the afflicted.

What makes Global Student Square different from other millennial news products, these students say, is that it could be their own, a space where they will “show the world our world,” in Johnson’s words. At our meeting, editors discussed doing stories on slang (does it make you more stupid?) to how high school cartoonists are reacting to the Charlie Hebdo attacks in Paris, to the widening war on terror.

“Understanding and stopping prejudice really has to start early in life,” Greenhill said. “If we could have a Global Student Square story addressing any one of those issues, I think we could have a somewhat direct impact on how people view what else is going on in the world.”

Beatrice Motamedi (@writergirl) is creating a global newsroom to add millennial voices to mainstream media. So far at Stanford, she’s dived deeply into design thinking, oral storytelling, graphic novels, podcasting, mapmaking and liberation technology, as well as the history and politics of Iran and Islam. Through business school classes and meetings with digital innovators, she’s developed her understanding of new venture formation, entrepreneurial risk, and scaling for global impact. She’s now working with journalism students in the U.S. and abroad on a student-led website, and a mobile app that makes global news local, relevant and real.

2 responses to “Millennials and Media: Let’s ‘Show the World Our World’”