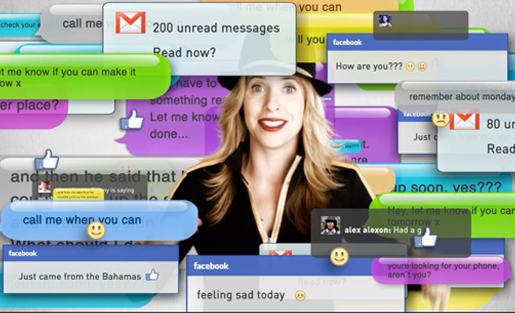 Tiffany Shlain's Technology Shabbats video shares how her family decided to unplug for one full day every week.

What day do you rush towards each week? (#TGIF) And what day do you want to feel extra long? (Saturday). Me too, but five years ago, those feelings became so much more profound. My husband, two children (5 and 11), and I participated in the first National Day of Unplugging, where we turned off screens on a Friday night for 24 hours. The experience was so moving that we decided to turn it into a weekly ritual. We call them our Technology Shabbats, and we’re going on our sixth year of doing it. It has been one of the best things we’ve ever done as a family. Every week, the ritual truly resets our souls.

"When you unplug: Time. Slows. Down. Suddenly you get four Saturdays in one."

And a few things happened that I didn’t expect:

First, when you unplug: Time. Slows. Down. Suddenly you get four Saturdays in one.

And another thing is that by Saturday night when we go back online, we appreciate technology in this whole new way. Every time.

And then my favorite: We’re going into our sixth year of doing this, and the experience continues to become more and more profound the longer we do it.

Our Technology Shabbats have inspired me to make several films about it. It started when for the first National Day of Unplugging, my husband Ken Goldberg and I were asked to write something for it – so we rewrote Allen Ginsberg’s poem, “Howl,” as a manifesto for our need to “unplug.” When we started to incorporate it into our weekly lives, we also turned the poem into a 2-minute film.

Then, after doing it for several years, I made this 5-minute film Technology Shabbats.

A Case for Dreaming

Then lastly, as my husband and I wrestled with whether or not to get a cell phone for our 5th grade daughter, we made this 5-minute film, ParenTechnology.

Founder of the Webby Awards and Emmy-nominated filmmaker Tiffany Shlain is one of Newsweek’s “women shaping the 21st century,” and is on NPR’s list of Best Commencement Speeches, Ever. Tiffany is the creator and star of the AOL Original series, The Future Starts Here , which was nominated for an Emmy Award in New Approaches: Arts, Lifestyle, Culture and has over 40 million views to date. She has premiered four films at Sundance, including her acclaimed feature documentary Connected: An Autoblogography about Love, Death & Technology. The US State Department has selected several of Tiffany’s films to represent America at embassies around the world. @tiffanyshlain www.moxieinstitute.org