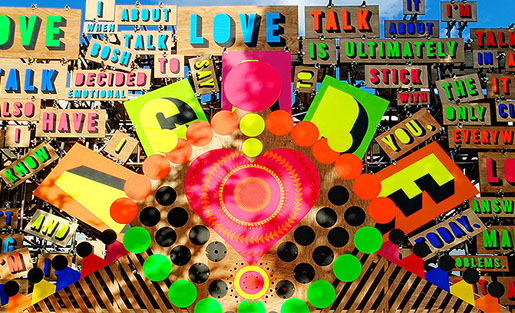 Journalists are a cynical bunch — we don’t like crap content. And social media is full of it.

So why am I writing a guide for journalists on how to use social media more effectively in reporting? I’ve been asking myself that question a lot recently. Every time I come across a story about a journalist, a public figure — or worse, a regular Joe/Joanna — who’s been hounded, harassed or bullied online, I despair. I really despair. And there have been a lot of these stories.

"There is no secret to social media. It’s just about getting to grips with a few basic tools -- and combining these with good old-fashioned journalism."

Add the shameless self-promotionists, and the sheer mundanity of so much of the content, and it’s a pretty unattractive mix — ridiculed in true old-school fashion by BBC veteran journalist Jeremy Paxman.

“Do you have lots of interesting conversations with people on Twitter? Do you?” he challenged fellow presenter/anchor Jon Snow in an interview on his retirement from the “Newsnight“program.

“I don’t want anyone to follow me,” he went on. “Do you want people to follow you? Have you got some sort of Messiah complex? I mean it’s ridiculous!”

I laugh every time I watch that interview. But it’s what he said next — after a giant sigh — that most interests me. “I don’t want to lead anybody, I want to find things out.”

For me, my real challenge here at Stanford is to demonstrate — with real-life examples and practical tips — how social media can help even the most die-hard cynic-of-a-journalist do exactly what Paxman said — find things out.

As part of my research, I’ve been interviewing dozens of journalists who are using social media in interesting and innovative ways, not just for promoting their stories, but for everything that comes before that — for tipoffs, research, crowdsourcing, following a specific beat, investigative work and more.

And I’ve also been testing the mood about social media among a sample of my fellow JSK fellows. As well as being super talented, they also represent an interesting mix of journalistic backgrounds, ages, and specialisms and countries.

Here are a few of the things that came through strongly. I won’t pretend this is a representative sample, but I do suspect many of the points would hold true more widely. And it turns out it’s a bit of love/hate affair.

Others spoke wearily of a kind of “blame and shame” culture on social media, or how they’d been personally attacked on Twitter.

Some had considered — or had — gone offline for periods of time, but always came back. Some spoke of it being like an addiction; others “like a High School popularity contest” and a “distraction against deep thinking”.

One spoke with concern about the bubble-inducing nature of social media, and how this can create a sensation of living almost in parallel worlds. “I constantly have to remind myself the people I see on Twitter are people I put there,” he said. “They are not really representative of the world.”

Others — and sometimes the same critics as above — spoke passionately about the window into other worlds that social media can provide, as well as the opportunities to reach out to new voices and sources.

“I enjoy following deep, deep experts on stuff,” said one fellow. “I like being able to peer into conversations … it jolts me out of my own worldview.”

Others spoke of how social media has helped their “brand,” and opened up doors for them career-wise, or of how essential it is to their day-to-day work covering breaking news.

I can’t speak my mind

Many spoke of how constrained they — as journalists — feel on social media in sharing opinions, thoughts, or articles on controversial topics.

“As a quasi-public figure you have to be very careful … your neutrality is important,” said one fellow.

“I feel hesitant a lot,” said another. “I feel I have to be very careful, even if it’s about something I feel very strongly about because I’m scared it’ll reflect my political beliefs and undermine me as a journalist.”

I was surprised by how dominant a factor this was, and how tightly people guarded the line between their professional and private lives.

Much as it infuriates Facebook and other social media platforms, most journalists I’ve spoken to still see Twitter as their biggest news source when it comes to social.

Still, journalists don’t use a lot of the social media tools available, such as Twitter lists, Facebook interest groups or other tools. The main reason? The time to set these things up, and learn them.

You drive me mad … but tell me more

Many said they felt frustrated by social media in their work. “It’s so hard to find the content you want. My feed goes really fast. It just feels overwhelming,” said one.

Others said they sensed they could harness it more — but lacked the confidence or information to take it forward. “It always drove me crazy that there’s so little guidance … Social media seminars never seem to be saying the right stuff,” said another fellow.

But my favorite line — and one of the most telling, I think — was the description of social media success as being like “a secret handshake.”

Social media is somewhat shrouded in mystique, with talk of “gurus” and the like.

But let me let you in on a secret … There is no secret to social media. It’s just about getting to grips with a few basic tools — and combining these with good old-fashioned journalism.

And that’s why I’m writing a guide. I want to help demystify social media and give journalists — cynics included — the confidence and the skills to cut through the noise, and use social media to the full.

“I hate social media,” David Clinch, Global News editor for Storyful, admitted when we met recently in New York. “It’s painstaking, it’s hard to learn, and hard to work with. But it’s like wild horses — once you tame it, you can have huge success.

Cordelia Hebblethwaite is a 2015 JSK Fellow at Stanford University exploring how journalists can exploit the full potential of social media. Most recently, she helped launch — and was the main blogger – for BBC Trending, the BBC’s new social media team, which reports on stories trending around the world for a global audience.

2 responses to “Journalism and Social Media: It’s a Love-Hate Affair”