How Lies Spread Faster Than Truth: A Study of Viral Content 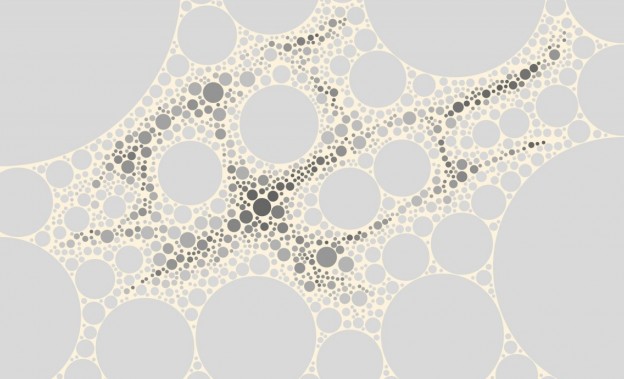 News organizations are meant to play a critical role in the dissemination of quality, accurate information in society. This has become more challenging with the onslaught of hoaxes, misinformation, and other forms of inaccurate content that flow constantly over digital platforms.

"Journalists today have an imperative — and an opportunity — to sift through the mass of content being created and shared in order to separate true from false, and to help the truth to spread."

Journalists today have an imperative — and an opportunity — to sift through the mass of content being created and shared in order to separate true from false, and to help the truth to spread.

Unfortunately, as this paper details, that isn’t the current reality of how news organizations cover unverified claims, online rumors, and viral content. Lies spread much farther than the truth, and news organizations play a powerful role in making this happen.

News websites dedicate far more time and resources to propagating questionable and often false claims than they do working to verify and/or debunk viral content and online rumors. Rather than acting as a source of accurate information, online media frequently promote misinformation in an attempt to drive traffic and social engagement.

The above conclusions are the result of several months spent gathering and analyzing quantitative and qualitative data about how news organizations cover unverified claims and work to debunk false online information. This included interviews with journalists and other practitioners, a review of relevant scientific literature, and the analysis of over 1,500 news articles about more than 100 online rumors that circulated in the online press between
August and December of 2014.

Many of the trends and findings detailed in the paper reflect poorly on how online media behave. Journalists have always sought out emerging (and often unverified) news. They have always followed-on the reports of other news organizations. But today the bar for what is worth giving attention seems to be much lower. There are also widely used practices in online news that are misleading and confusing to the public. These practices reflect short-term thinking that ultimately fails to deliver the full value of a piece of emerging news.

@nicknotned @felixsalmon if and when that happens our traffic will crater

What are these bad practices? Key findings:

Much of the above is the result of a combination of economic, cultural, temporal, technological, and competitive factors. But none of these justify the spread of dubious tales sourced solely from social media, the propagation of hoaxes, or spotlighting questionable claims to achieve widespread circulation. This is the opposite of the role journalists are supposed to play in the information ecosystem. Yet it’s the norm for how many newsrooms deal with viral and user-generated content, and with online rumors.

It’s a vicious-yet-familiar cycle: A claim makes its way to social media or elsewhere online. One or a few news sites choose to repeat it. Some employ headlines that declare the claim to be true to encourage sharing and clicks, while others use hedging language such as “reportedly.” Once given a stamp of credibility by the press, the claim is now primed for other news sites to follow-on and repeat it, pointing back to the earlier sites. Eventually its point of origin is obscured by a mass of interlinked news articles, few (if any) of which add reporting or context for the reader.

Within minutes or hours a claim can morph from a lone tweet or badly sourced report to a story repeated by dozens of news websites, generating tens of thousands of shares. Once a certain critical mass is met, repetition has a powerful effect on belief. The rumor becomes true for readers simply by virtue of its ubiquity.

During Hurricane Sandy, this fake tweet (above) set off a ripple of misinformation (below).

Meanwhile, news organizations that maintain higher standards for the content they aggregate and publish remain silent and restrained. They don’t jump on viral content and emerging news—but, generally, nor do they make a concerted effort to debunk or correct falsehoods or questionable claims. This leads to perhaps my most important conclusion and recommendation: News organizations should move to occupy the middle ground between mindless propagation and wordless restraint.

Unfortunately, at the moment, there are few journalists dedicated to checking, adding value to, and, when necessary, debunking viral content and emerging news. Those engaged in this work face the task of trying to counter the dubious content churned out by their colleagues and competi tors alike. Debunking programs are scattershot and not currently rooted in effective practices that researchers or others have identified. The result is that today online news media are more part of the problem of online misinformation than they are the solution. That’s depressing and shameful. But it also opens the door to new approaches, some of which are taking hold in small ways across newsrooms.

A first, essential step toward progress is to stop the bad practices that lead to misinforming and misleading the public. I offer several practical recommendations to that effect, drawing upon research conducted for this report, as well as decades of experiments carried out in psychology, sociology, and other fields.

Another point of progress for journalists includes prioritizing verification and some kind of value-add to rumors and claims before engaging in propagation. This, in many cases, requires an investment of minutes rather than hours, and it helps push a story forward. The practice will lead to debunking false claims before they take hold in the collective consciousness. It will lead to fewer misinformed readers. It will surface new and important information faster. Most importantly, it will be journalism.

My hope is that news organizations will begin to see how they are polluting the information stream and that there is an imperative and opportunity to stop doing so. Organizations that already have good practices might also recognize that they can—and must—engage more with emerging news and rumors to help create real understanding and spread truth.

There is simply no excuse. We can and must do better.

Craig Silverman is the founder of Emergent.info, a real-time rumor tracker, and a leading expert on media errors, accuracy and verification. He is a fellow with the Tow Center for Digital Journalism at Columbia University and the author of the new Tow report, “Lies, Damn Lies and Viral Content: How News Websites Spread (and Debunk) Online Rumors, Unverified Claims and Misinformation.” Craig is the founder and editor of Regret the Error, a blog about media accuracy and the discipline of verification. It is part of the Poynter Institute for Media Studies, where he serves as adjunct faculty. Craig edited the Verification Handbook from the European Journalism Center, and helped launch OpenFile, a Canadian local news startup. He is a the former managing editor of PBS MediaShift and has been a columnist for The Globe And Mail, Toronto Star, and Columbia Journalism Review. His journalism and books have been honored by the Mirror Awards, National Press Club, National Magazine Awards (Canada), Canadian Online Publishing Awards, and Crime Writers of Canada.

10 responses to “How Lies Spread Faster Than Truth: A Study of Viral Content”