How Curriculum Innovation Works (and Doesn’t) 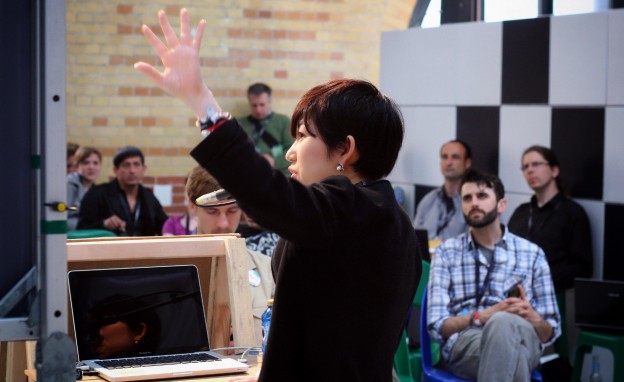 This week The Knight Foundation released “Above and Beyond,” a report on the future of journalism education authored by Stephens College President Dianne Lynch. The following essay by CUNY dean Sarah Bartlett was part of the report and touches on the tensions educators and administrators face but also the potential for boundary-pushing innovations.

January marked my first full year as dean of the CUNY Graduate School of Journalism. And what a year it was: full of surprises and hard lessons learned, with plenty of fodder left over for new ambitions.

"To remain competitive long-term, academic institutions like the CUNY J-School will have to offer programs that are both cost-effective and relevant."

I approached my new job as if I were a reporter on a beat. Thanks to the generosity of dozens of strangers who served as my interview subjects — deans, professors, writers, bloggers, videographers, editors, publishers, technologists, foundation executives, data scientists, investment bankers, tech moguls and others — I learned a lot about the forces reshaping our industry.

Much of what I learned left me exhilarated. The bursting onto the scene of so many new, often well-heeled, players dedicated to reimagining our profession is exciting. But part of what I learned keeps me up at night.

I worry whether, over the long term, academic graduate programs can be counted on to provide the education and training that is so desperately needed for our profession to thrive.

Photo courtesy of the CUNY Graduate School of Journalism.

The tension between tenure and practice

Do our structures and systems, including the reverence for tenure and professional accreditation, allow us to be responsive enough to industry change to train the next generation of journalists? Or do they tie our hands so much that we cede that ground to other more nimble competitors in the for-profit sector? If so, what impact might that have on the diversity of our profession, which is already in a troubled state?

As recently as a decade ago, one could graduate from an excellent journalism program without ever taking a class in social media, podcasting, web video, coding, data visualization or mobile app development. Today, that’s a non-starter. And every year, we see opportunities to add new courses. Among the latest potential topics: drone journalism, sensor journalism and enhanced-reality journalism.

To keep our curriculum and teachers current, which is vital if we are to remain a useful source of newly minted journalists, we need to constantly add new courses, remove old ones and shuffle our teaching staff accordingly. At the CUNY J-School, in the heart of the nation’s media capital, that has led us to augment our full-time faculty by tapping New York’s reservoir of highly skilled professional adjuncts.

Yet the world of academia devalues that approach: ‘good’ programs are deemed to have higher percentages of courses taught by full-time professors than professional adjuncts. Unfortunately, the tenure system can create a permanent class of teachers who may not feel much pressure to constantly refresh their skills or renew their curricula. In theory, university administrators can create a climate so stimulating and ambitious that they drive out slothfulness. But based on comments of professors and administrators far more experienced than I, vibrant academic cultures like that are rare.

The professional accreditation process reinforces the biases inherent in academia. The Accrediting Council on Education in Journalism and Mass Communications (ACEJMC) is the body that sets the standards for undergraduate and graduate journalism programs. It has nine standards that it has developed over the years to help discern which programs deserve to be accredited. Two of those standards explicitly endorse a more theoretical approach to journalism education and the primacy of full-time faculty.

The CUNY Graduate School of Journalism was pleased to receive accreditation last summer by the ACEJMC on our first try. We found the process of conducting a rigorous self-study to be very enlightening, and the visit by the site team enormously useful. They concluded that we were in compliance on all nine standards, and passed us on with flying colors. But at the end of the process, when it came time for the Council to vote, it became clear that some members strongly disapproved of our approach. We were criticized for not having enough theory courses, relying too heavily on adjuncts, and lacking Ph.D.’s on our teaching staff. The message I took away was that we were not academic enough.

I still struggle to understand how encouraging a professionally oriented school to pursue a more theoretical, academic program would be helpful at a time when our profession is undergoing such sweeping, real-time transformation. Our graduates are filling the newsrooms of both legacy and start-up companies. I am constantly hearing from employers that they are a step above the competition.

The fact that many of the members on the accrediting council who were questioning our approach were from the public relations and advertising disciplines made me wonder how much they knew about the specific challenges facing our industry. Yet this is the body that decides what signals to send to this country’s 200-plus graduate journalism and mass communications programs. Without professional accreditation, many of those programs would likely lose the support of their universities.

I am fortunate to be the dean of a relatively new school; we’re in our ninth year. The founding faculty and administrators wrote our by-laws, defined our scholarship in flexible, forward-looking ways, and developed a curriculum review process that is collegial and nimble. Rather than view us with horror, the leaders of the City University of New York seem to appreciate our energy and inventiveness. I thank my lucky stars every day.

Testing our start-up DNA with a new M.A.

Last year we got to test our start-up chops all over again. In mid-February, we developed an idea for a new masters degree in “social journalism,” a blend of journalism, community organizing and technology.

When we told the CUNY central office folks of our desire to get this new degree launched in 2015, they were dubious. For us to make that deadline, they said, we would have to get the curriculum written and approved in two weeks. Not only would faculty have to pour their free hours into developing ten rigorous syllabi, but the school’s curriculum committee would have to deliberate and our Governance Council would have to assess those syllabi, all in record time.

We almost didn’t go for it. But we understood that our faculty was totally committed to ensuring that the school’s curriculum remained cutting edge and relevant. We ended up having a multitude of volunteers to write the syllabi, and the program made its way smoothly through our governance process.

CUNY’s central office responded in kind. The administrators pushed hard to get our degree on the agenda for the trustees’ academic committee meeting, and it was approved shortly thereafter by the full CUNY Board of Trustees. The entire process took twenty weeks from start to finish and serves as proof that academia needn’t be staid or bureaucratic. (Happily, New York State’s Department of Education approved the program in mid-October, and the first class of 15 admitted students arrived in January.)

The importance of moving fast, being thoughtful, staying relevant

As we attempt to navigate the roiling waters of our industry, speed to market will be a key attribute of success. It is an undeniable advantage to have a faculty that is comfortable with constant change. When they signed up to work at the CUNY J-School, these professors were willing to take the risk of joining an institution with no track record, no alumni, no endowment and an uncertain future.

It seems fitting that the director of our new social journalism program, Dr. Carrie Brown (our first full-time PhD), was willing to leave her tenured position at the University of Memphis for a more uncertain, grant-funded opportunity and a degree program not yet launched.

Our next step is to explore the CUNY equivalent of ‘professors of practice’. I’m impressed with the flexibility that Founding Dean Christopher Callahan has gained by utilizing that approach so aggressively at Arizona State University’s Walter Cronkite School of Journalism and Mass Communication.

The challenge that he and I, and all journalism educators, face is how to create — or in our case, how to sustain — that sense of openness and willingness to experiment in order to remain relevant. This is not unlike the challenge that mainstream media faces, a parallel I could not help but notice as I devoured The New York Times’ leaked “Innovation Report” this summer.

We face the challenge of constantly renewing ourselves at a time when the value of graduate education in general is being called into question. The calculus that a debt-laden student makes to sign up for a graduate program that will lead to potential employment in a low-paying profession is daunting to consider.

It’s no wonder that applications at many graduate journalism programs have been soft, particularly as the economy has strengthened. Already, we have seen one journalism program (USC Annenberg School for Communication and Journalism) respond to these unhappy economics by changing its program from a two-year M.A. to a nine-month M.S.

In addition to a hostile economic climate, graduate journalism programs also face the prospect of new competition from outside the academy. With for-profit schools like Full Sail University in Florida, and General Assembly and the Flatiron School in New York, offering short-form media and technology courses that brush up against our journalism offerings, some students may decide that traditional masters degrees and certificate programs are a thing of the past.

And that would be too bad, for those alternative programs lack essential journalistic context, an emphasis on ethics, analysis, and critical thinking that are so important to the future of a credible journalism field. For-profit schools also can charge thousands of dollars for a single course, placing them out of reach of applicants from low-income and underserved communities.

To remain competitive long-term, academic institutions like the CUNY J-School will have to offer programs that are both cost-effective and relevant. Like many other journalism schools, we are exploring continuing education offerings that are more flexible and accommodating to mid-career journalists, yet still rooted in journalistic traditions. Of course, we will be careful not to chase all that is new and shiny. We have to be vigilant to make sure that when we celebrate curricular flexibility, we are not sacrificing standards.

That said, if we allow our reverence for abstract academic ideals to paralyze us or make us overly fearful of change, we will become irrelevant. At least that’s how it looks to a dean who is new no more.

Sarah Bartlett is the Dean of the CUNY Graduate School of Journalism. She has been a CUNY journalism professor for the last twelve years. Before joining academia, Bartlett spent more than 20 years working as a reporter and editor at Business Week, The New York Times, Fortune, Inc., Oxygen and Inside.

One response to “How Curriculum Innovation Works (and Doesn’t)”