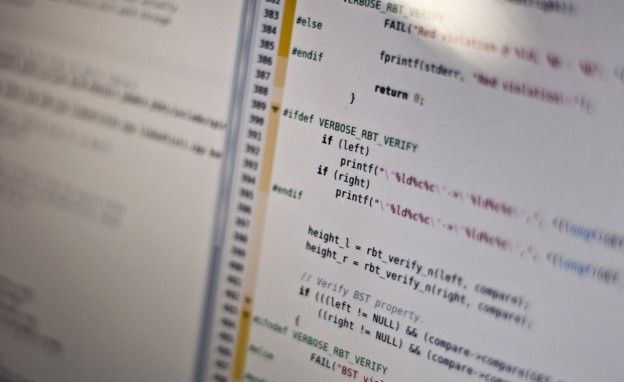 At most universities, students are required to take English composition courses, and at many others speech and/or foreign language classes are also required. Yet in the debate about teaching code in journalism programs, code is often reduced to a shiny toy.

If we value clear writing and the ability to communicate clearly with a wide variety of people, we should value teaching our students the basics of computer languages and digital communications. These skills will only be more important going forward, and more importantly code, a broad term encompassing several computing languages, is the future of digital and global communication. If we don’t expose our students to this — students we want to lead the next generation of journalism and communication — we are doing them a disservice.

"What is important is for students who don't become programmers — and most won't — is for them to be able understand how information can be gathered and presented using code and how to use it for journalism."

In fact, it would be smart for universities to add a general coding class to the core curriculum required of students in all fields. For journalism and mass communication programs, it’s essential.

The debate about coding for journalists often goes awry. Sometimes, like in 2013’s lightning rod post by The Atlantic’s Olga Khazan in which she said learning to code would not help aspiring reporters, the actual scope of what many code-proponents support is lost. The goal is not, and should not be, to make every student an expert programmer.

What is important is to expose all students to the basics of coding and to give them a baseline of understanding this language, the language of the future.

In other words, for journalism students, just a single course is important for all majors, and the opportunity to go in greater depth and learn more languages should be an option.

One required course. Depending on what is included in the class — and what other courses are also required — the necessary foundational could be accomplished in a one- or two-hour class, instead of the traditional three-hour class for many programs. Again, the idea is not to make every student an expert in this aspect of journalism and presenting information, but to give them a taste and understanding of code.

To think of it in another way, compare it to an introductory broadcast course that many programs require of all majors. The expectation at the end of the course is not that all students are then ready to go work at TV and radio stations. It’s to give all students a broad understanding of a key aspect of journalism and to prepare them for more specialized courses later. Some may take advanced broadcast reporting and producing classes, and some may not. But they will have all been exposed to that specialty, and hopefully have an appreciation for broadcast journalism and be able to identify when video is a good storytelling form to use.

Code is an important way to convey information, as is video. Most journalism programs have curriculums that give some broad principles and skills and then allow students to specialize as they advance. Coding is simply an additional one.

In addition to broadcast, think of photojournalism, design and computer-assisted reporting. Most of us probably hope all of our students have at least a basic understanding of several, if not all, of those to be competent journalists, as was shown in a recent Poynter survey.

The nice thing about teaching code is that there are lots of free online resources, like code.org and Codecademy — and Cindy Royal’s codeactually.com designed specifically for journalists — which allow for new teaching methods and less classroom time dedicated to these skills.

What is important is for students who don’t become programmers — and most won’t — to be able understand how information can be gathered and presented using code and how to use it for journalism, even if they aren’t the ones actually building the project. Another comparison: someone who can communicate in Spanish, but who won’t be writing a novel in it. We need to produce students who can communicate about what they want code to do. To do that, they have to understand what it can do.

Of course, the implications go beyond journalism. This is where journalism programs can become leaders on campus. By taking hold of this type of communication, journalism schools have the opportunity to offer an important class for all students at colleges and universities, something that would fit nicely in a digital media or media literacy course that could generate many credit hours (which is how many universities allocate resources) for journalism programs, and potentially more resources because of that.

Journalism programs can take the lead and collaborate with other communication, computer science and engineering departments to not only improve journalism and journalism students’ understanding of digital technology, but to help educate all college students. If we don’t, other departments, like those listed above, will.

Teaching students about code should be part of a broad liberal arts education. We don’t compare learning a language to skills because we know you learn a lot about thinking and culture from learning a new language.

Code is about more than just a shiny new thing; it’s about a better understanding of our world and producing better communication and journalism.

Aaron Chimbel is an assistant professor of professional practice in the School of Journalism at TCU’s Bob Schieffer College of Communication. Before returning to TCU in 2009, Chimbel worked at WFAA-TV in Dallas, where he won five Emmy Awards and a national Edward R. Murrow Award. Follow him on Twitter at @aaronchimbel.