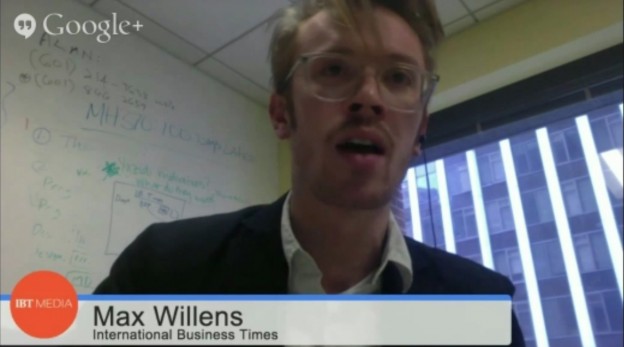 Max Willens tries to explain why the NFL took so long to official join Youtube.

The Super Bowl is getting more digital every year. Recently, the NFL inked a deal with Google that would show official NFL clips on YouTube. On Sunday, you’ll be able to watch highlights live from the game in your search results if you search for the Super Bowl. According to Max Willens at International Business Times, the league’s YouTube page will also include recaps and post-game coverage produced by the NFL. YouTube is hoping that after you watched highlights from the game you’ll also stick around for its streaming halftime show. Though they don’t have anyone as famous as Katy Perry, YouTube is banking on some of its most popular personalities to lure some eyeballs away online. But that’s not the only digital deal the NFL has made. You’ll be able to watch the entire from your computer or tablet through NBC’s TV Everywhere app. The network will provide free access starting with pre-game coverage 12 p.m. until 10 p.m. E.T. when it concludes with an episode of “The Blacklist.” NBC’s deal with the NFL doesn’t extend to mobile where the league has a separate deal with Verizon. For this week’s episode we’ll have special guests Jeanine Poggi, writer at Ad Age; Max Willens, writer at International Business Times; and Jennifer Jolly, tech journalist and contributor to USA Today; with regular Alex Leo from Yahoo. PBS MediaShift’s Mark Glaser will host and Jefferson Yen will produce.

"Really when a bargaining partner offers everything you want, you kind of have to say yes, don't you?" - Max Willens on the circumstances that led the NFL to partner with Youtube

Jennifer Jolly is an Emmy award-winning consumer tech journalist and on-air personality. She’s one of TV’s best-known faces when it comes to reviewing and explaining consumer electronics, digital parenting and the days’ top tech trends. A 20-year broadcast industry veteran, Jennifer is now a nationally syndicated columnist for USA Today, host of two digital video series, and contributes to dozens of high profile publications and TV shows including The Today Show, The Talk, The Meredith Vieira Show, Time, CNN, Dr. Oz, and the Rachel Ray Show. You can find her @JenniferJolly

Jeanine Poggi is a TV reporter at Advertising Age where she covers how broadcast and cable networks and distributors are adopting to the changes in the world of TV advertising. She joined Advertising Age in 2012, following six years covering the retail and media industries and other financial sectors for Women’s Wear Daily, Forbes and TheStreet. She tweets @JPoggi

Max Willens is a staff writer at the International Business Times. His work has also appeared in WIRED, Advertising Age, Crain’s New York Business and The Village Voice. Follow him @MaxWillens

If you’re not a fan of football, you might be mystified at the amount of attention that’s being paid to the Super Bowl. But it’s easier to understand when you take a look at two numbers: $350 million and 111 million. The first number is the expected revenue NBC to make from ads while the second is how many people watched the game last year. While we don’t know what this year’s big ad will be yet, we do have a couple of trends to watch, courtesy of Jeanine Poggi at Ad Age.

Expect fewer car commercials, more dad-centric ads, and a couple of brands that are new to the Super Bowl. Online news website The Verge is going to be one of those brands rolling out a commercial. Don’t expect to see it unless you live in Helena, Montana, where the company paid $700 to buy a 30-second spot. But if you still really want to see it you could head over to YouTube. Super Bowl ads were viewed 379 million times last year and advertisers are hoping you’ll be hitting the instant replay after the big game is over, and discussing them on social media.

How will you be watching the game? Are you more interested in the game, the ads or the halftime show? How do you talk about the game and share with your friends?