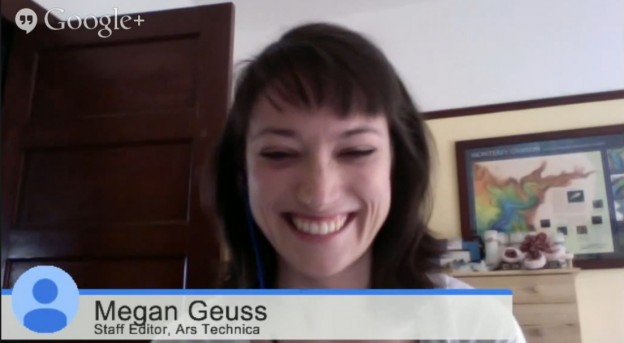 It’s a new year and you know what that means. It’s time for another glitzy International Consumer Electronics Show in Las Vegas. For tech and media journalists, traveling to this venerable trade show is something of a post-holiday tradition. While past years have included the launch of Blu-ray DVDs and plasma TV sets, more recently the show has fallen short (think: 3D TVs). This year, Dish Network had the biggest surprise, revealing its Internet-based streaming service Sling TV, with 12 channels including ESPN and CNN for $20 per month. The service only requires a broadband connection and can work with devices such as Roku and Xbox One. Plus, Intel announced it would be dedicating $300 million to support the hiring of more diverse candidates in the technology and gaming industries. Intel will be partnering with the International Game Developers Association and others in its efforts to bring more diversity into the workplace. But not everyone thinks the trade show is relevant anymore. Farhad Manjoo has been arguing since 2011 that CES is a vehicle for bloated press conferences that reveal little in the way of meaningful news. Is he right? What’ll be the new “it” technology that’ll change they way we live our lives? We’ll discuss all things CES on our podcast this week, with special guests Megan Geuss, staff editor at Ars Technica; Connie Guglielmo, editor-in-chief, CNET; Will Oremus, senior technology writer at Slate. PBS MediaShift’s Mark Glaser will be hosting and Jefferson Yen will be producing.

"What Intel should be thinking about is how to change a culture, rather than just throw money at education." -Megan Geuss

Megan Geuss is a staff editor at Ars Technica and a native Californian. Prior to Ars, she was a features editor at PCWorld, and before that she worked as a freelancer writer for various publications and as a fact-checker at Wired Magazine. She enjoys research and keeps an IRL paper-based journal. Megan received two B.A.s from UC Berkeley in Political Economy and French. You can find her on Twitter @MeganGeuss

Will Oremus is the senior technology writer for Slate

magazine, covering the intersection of technology, media, and culture. He is a frequent commentator on the technology industry for public radio and a weekly guest on American Public Media’s Marketplace Tech Report. His work has also appeared in the Wall Street Journal, Newsweek, and The New Yorker online. Find him @WillOremus

With Sling TV, Dish Network said they were going after cable-averse millennials. But before we hail the coming television revolution there are some issues along with some unanswered questions. According to Peter Kafka at Re/code, users won’t be able to stream on multiple devices simultaneously; it’s also unclear how reliably Dish will be able to provide high quality streams. Plus, you won’t be able to tune into local broadcast stations using this service. Dish Network will be offering a 30-day trial for the service later this month.

On Tuesday, Intel CEO Brian Krzanich announced his company’s incentive to diversify the workforce in both the tech and gaming industries. The move comes months after the company found itself in the middle of the Gamergate controversy when it pulled an ad on the video game website Gamasutra. Intel later said it regretted that decision. The New York Times reported that over the next five years, Intell will spend $300 million to fund engineering scholarships and support some historically black colleges. The company hopes it will be able to increase the number of women, blacks and Latinos in the industry in that time. Statistics released by Intel show that only 8 percent of its employees are Latino and just 4 percent are black.

What were some of the highlights and lowlights at CES this year? Will Dish’s move help break up the cable bundles? Will other tech giants follow Intel’s move? How relevant is CES or is it becoming a dinosaur?