An Epic Battle Is On, ‘Game of Thrones’ Style, for Your Attention 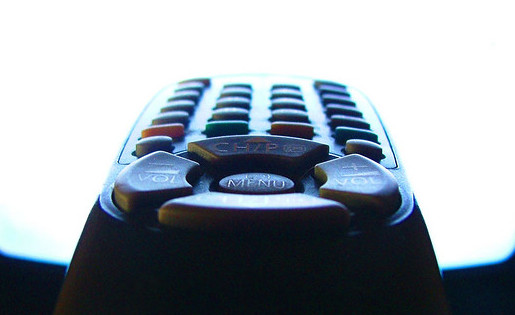 Who has your screen attention? Photo by Daniel Horacio Agostini and reused here with Creative Commons license.

With apologies to dragon slayers, kingdom builders and bear pelt clad men who fight off all variety of creatures and invaders, a battle is being waged on every screen for your viewing consideration. TV Everywhere — a term coined by Time Warner CEO Jeff Bewkes in 2009 and now widely accepted as a description for streamed programming delivered to phones, tablets and devices other than your traditional television — has created this mad dash for your attention.

"When you’re mobile (in this case, not sitting in front of the large television), advertisers will know more about you by leveraging data points that signal your viewing behavior, location, device and authentication method."

If you subscribe to a cable or satellite lineup of channels, then you most likely have the ability to watch those channels on the device of your choice, anywhere, anytime. This is Television 2.0.

Never before has the viewing audience had so much choice at their fingertips. Which screen do you use first? Which screen do you use most? Is the viewing experience the same across all screens? The answer to these questions largely breaks out by demographics. The primary screen for Grandma is going to vary a great deal than the one frequented by my 13-year-old daughter. Our viewing choices are exploding exponentially. No longer does one need a broadcast network or a television transmitter to reach an audience.

But everyone values you as a viewer, and they just want you to consume their content in any way possible.

Television is the same — it’s just the media have merged and the “available on any screen” mentality is breaking down paradigms around content and programming. Entertainment programming that may have cost millions of dollars to produce and is traditionally watched by someone on a 65-inch screen may be considered “bor-ring” by a millennial on a 5.7-inch screen. Conversely, the YouTube clip of makeup application tips from Michelle Phan, who drives hundreds of thousands of views every month, will not be something the middle school soccer mom will find highly entertaining or relevant.

This is not to say that all scripted and professionally created entertainment is going away — far from it. Grab your sword and shield — this is the battlefield for your viewing attention. Advertisers want to place their creations and wares before you too in this new viewing universe. Part of the value in advertisement in the TV Everywhere universe lies in the additional data that will drive more personalized ads. When you’re mobile (in this case, not sitting in front of the large television), advertisers will know more about you by leveraging data points that signal your viewing behavior, location, device and authentication method. This is a good thing, meaning that the ads you’re delivered will be more relevant to you — a Starbucks coupon delivered to your phone, redeemable at the location just a half a mile ahead, for example.

More flexibility than ever before

All this choice, new ways to watch and more detailed and relevant marketing shouldn’t scare you. This is simply the growth and adaptation of two mediums that we’ve come to rely on for our entertainment, information and education for many years. In fact, I would argue that for many viewers, Television 2.0 offers more flexibility and access than we’ve ever had.

No matter your primary screen or demographic, the how and where you watch the content you desire has simplified. Expect these experiences to change, adapt and improve rapidly in the years ahead. Look for the terms “TV Everywhere” and “television” to merge. Television will be the same to you, no matter the size of the screen. And the epic battle will wear on — and you will sit in the throne of your television kingdom.