5 Funding Options for Journalism That Blossomed in 2014 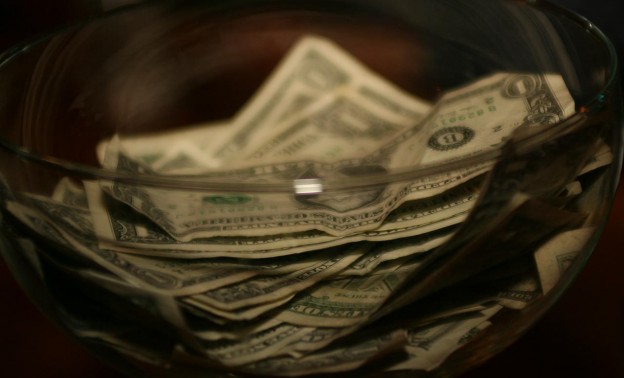 There’s no shortage of great journalistic content being produced right now. From video interviews to longform writing to entirely reimagined storytelling vehicles, journalistic creativity and heft are at a high. But how do you pay for it?

"From video interviews to longform writing to entirely reimagined storytelling vehicles, journalistic creativity and heft are at a high. But how do you pay for it?"

Legacy media operations are still tinkering with their business models to incorporate new and old revenue streams in a diversified mix that fits with their mission and market. There’s also been experimentation in financing grassroots news pursuits and individual reporter-derived news projects. Here are the more interesting and popular journalism funding models that were at play during 2014:

Dedicated grants to finance news, push innovation and to train staff at established organizations are not a new concept. But the number of funds and number of organizations getting in on the act is surging. The Knight Foundation, which is devoted to funding journalism pursuits, for one, just tag-teamed with Vice Media to create a $500,000 fund for “for bringing fresh perspectives and voices to journalism.”

To an extent, membership models have become the new pay wall. Rather than closing off a news site after a certain number of page views or after a set trial period, a growing number of news organizations are taking the opposite tact, rolling out the red carpet for especially dedicated readers and users. That means a basic experience for everyone and a better experience for those willing to pay to become members. Extra perks, deals, additional podcasts. behind-the-scenes access to writers are just a few of the things publications offer. Slate is one of the bigger digital news outlets to go with premium offerings via Slate Plus. Several news startups including the Voice of San Diego and MinnPost are giving the membership model a try, given that it’s a way to unlock especially passionate followings.

It started with Kickstarter. But several other crowdfunding sites entered the scene this past year devoted to getting the public to back journalistic works that speak to them and they’d like to see journalists bring to fruition.

With Contributoria, which itself is backed by the Guardian Media Group, writers propose story ideas and the community chooses which ones to fund each month. The membership fees form the basis for the funding pool. Then, once a projects gets the thumbs up it’s part of a collaborative editing process that the community can access for a month. Contributoria bills itself as a community for writers — a platform, a process and a cooperative that’s ultimately a community for writers. The accepted story ideas run the gamut from a British cinema retrospective to an analysis of solutions to London’s housing crisis.

Meanwhile Beacon encourages users to “fund the stories you want to read.” Aesthetically, the site bears a resemblance to Indiegogo and Kickstarter, with projects vying for funding displayed along with the number of backers so far, the goal amount and how long is left to collect it. Writers can apply to post their ideas and then are invited into the network. The site gained name recognition this year when it was used as a means to pay for sustained coverage of the developing tensions in Ferguson, Miss.

Latterly’s an intriguing new journalistic effort that’s used Kickstarter to get off the ground and will sustain itself with just the support of its readers —  in the form of donations and subscriptions. Quality over quantity is the value proposition, as the Bangkok-based startup publishes just four original narrative works a month online so far.

All of this attention to the crowd and reliance on it to fund reporting projects go along with a bigger shift to include the audience every step of the reporting journey. No longer is it enough to post an article and then let users know about it once it’s live. Even deciding what to report on is becoming a public decision.

Kickstarter, not to be outdone, has separated journalism out as a distinct category on its platform rather than having journalistic projects appear across assorted categories. To date, users have pledged more than $10 million to journalism-related projects on Kickstarter alone.

A screenshot of Airbnb’s magazine, Pineapple.

While some longstanding news players have cut back on publishing frequency, some unexpected companies have channeled their dollars into launching publications connected with their company’s core values.

For example, Airbnb moved beyond its home rental roots to create the glossy magazine Pineapple, which has so far put out one winter issue. The startup’s foray into journalism is a way to tell the stories of its community members. At this point, that extends to London, San Francisco and Seoul. Airbnb hired a special staff of writers and editors to fulfill this mission of bringing cities to life.

Energy drink maker Red Bull has become a full-fledged publisher with a media house to its name. The media house was created six years ago but increasingly churns out magazines, movies, TV shows and other content. The content is handled by a staff of professional journalists and rarely makes mention of Red Bull in name.

And online publication The Distance is backed by Basecamp, a project management tool used by thousands of companies. Each month The Distance publishes one in-depth profile of a business that’s been in existence for 25 or more years. The article subjects “have figured out what 90 percent of the entrepreneurial population hasn’t: how not to go out of business.” It’s ironic, coming from a fast-paced tech company. But, as a note makes clear on the site, the editorial team operates completely separately from its sponsor, and Basecamp companies are never profiled.

As such, many of these new entrants operate as high-quality hubs of information independently from the parent company. Who’s behind it is less important than what’s on the page or the screen because the content can stand on its own.

5. Targeting readership to get desired advertisers

In a unique spin on what else is being done distribution-wise, there’s California Sunday. At once, a print magazine, an app, a website and part of a larger performance series, it’s geared editorially to covering California and the West via features and personality-driven coverage.

On the print side, California Sunday didn’t want to start from scratch. So it bought its initial 400,000 subscribers. The magazine paid to distribute its product in certain Sunday editions of the Los Angeles Times, San Francisco Chronicle, and Sacramento Bee. In doing so it can practically hand select the affluent, young, tech-friendly readers. Then, by touting this desirable audience, the hope is to court high caliber national advertisers, which can translate into sustainable, recurring revenue.

“There’s still a good deal of interest in print advertising among national brands, if you’re reaching a good audience,” McGray told Columbia Journalism Review. “The challenge with print is, you have to get there.”

Dena Levitz is a freelance journalist and media consultant as well as the first Challenge Cup reporting fellow for startup hub 1776. Dena has worked as the manager of digital strategies for the Newspaper Association of America and was a member of the inaugural Media Entrepreneurship Master’s cohort at American University. Her freelance credits include Bloomberg News’ White House desk, City Lab by Atlantic Media and the Washington Post. In her spare time, she enjoys drinking a hoppy beer, chomping on a cheeseburger or quoting from one of the Rocky movies.