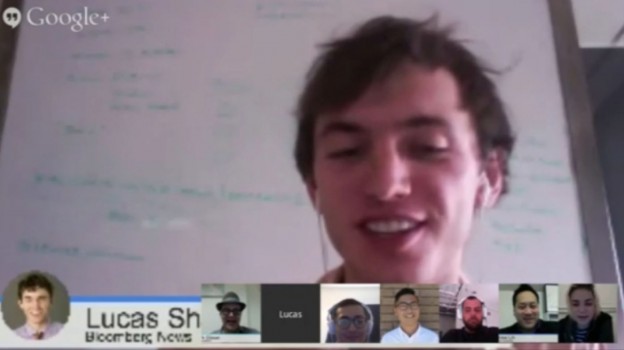 When Taylor Swift removed her music from Spotify this month many people were surprised. After all, the streaming music service is one of the largest with 37.5 million free users a month and more than 12 million paid users. In an interview with Yahoo!, Swift said she wasn’t willing to contribute to streaming services like Spotify that don’t “fairly compensate the writers, producers, artists and creators of this music.” But streaming is becoming increasingly important as tech giants such as Apple/Beats and Google/YouTube roll out their own services. Last week, YouTube revealed details of Music Key, which will allow paid subscribers to stream music videos without ads. Of course, Apple had a revelation of its own when it announced a push to bundle its Beats streaming music on the next version of iOS. What’s the future of streaming music and the music industry? How can these services attract more people? We’ll break down the future of streaming music on this week’s podcast with guests Adrianne Jefferies, managing editor of Vice Motherboard; Glenn Peoples, senior editorial analyst for Billboard Magazine; Lucas Shaw, entertainment reporter for Bloomberg; along with regular Andrew Lih from American University. PBS MediaShift’s Mark Glaser will be hosting and Jefferson Yen will be producing.

"It all comes down to the product. If people don't want to fork out money for it, then the distribution, ultimately, doesn't matter." - Glenn Peoples
ADVERTISEMENT

Adrianne Jeffries is the managing editor for Motherboard, VICE’s tech and science news site. She previously worked as a reporter for The Verge and before that, she co-founded Betabeat, the New York Observer’s tech site. You can follow her @adrjeffries

Glenn Peoples is Senior Analyst at Billboard Magazine and has been in the music business for over 15 years. At Billboard Glenn focuses on the digital and financial aspects of the business with an analytical perspective. He is considered a thought leader in the music business and is routinely sought out for commentary, having been quoted by NPR, the Washington Post and the Los Angeles Times, among others. He has moderated panels at such music conferences as SXSW, Leadership Digital Music Summit and the Americana Music Conference. Glenn started his career in music distribution before getting an MBA from Vanderbilt University and later going to Billboard. He tweets @billboardglen

Lucas Shaw is an entertainment reporter based in Bloomberg’s
Los Angeles bureau. He covers the television, music and digital
media industries, specializing in the growing convergence of
technology and entertainment. Follow him @Lucas_Shaw

With both Apple and YouTube pushing further into subscription-based streaming music, some believe the era of free streaming music may be coming to an end. Both companies are making big plays in mobile streaming and they’re putting pressure on industry leaders Spotify and Pandora. There’s a reason why the tech giants are scrambling for a piece of the streaming pie: Sony is forecasting streaming and subscription plans will account for 60 percent of the music industry’s revenue in four years. According to a report by the International Federation of Phonographic Industry, there were 28 million streaming music subscribers in 2013, and streaming now accounts for 27 percent of digital revenue for the music industry, nearly doubling from 14 percent in 2011. The revenues from streaming grew by 51 percent in 2013 and is worth over $1 billion.

But that doesn’t mean there aren’t issues with streaming. Since its founding, Spotify has lost $200 million. There’s also its tiered model which allow access for both free and paying users. Analysts believe the availability of free music is hurting subscriptions. For Spotify, having a musician’s entire catalog available for free is key to attracting users who may eventually become subscribers. This was a problem for Taylor Swift’s team. They wanted to limit access to her latest album for paid subscribers only, but Spotify requires all music it licenses to be on both the paid and free service. Daniel Ek, Spotify’s chief executive, wrote on the company’s blog that this policy also helps to combat piracy. In a line directly addressing musicians, he writes: “We use music to get people to pay for music. The more we grow, the more we’ll pay you.”