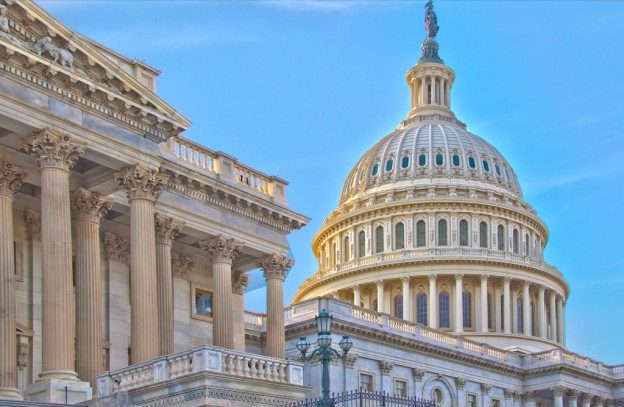 While it has often been derided as a do-nothing Congress, the 113th session of the legislative body of the United States of America may end up being the best for enacting open government laws in decades. After passing the Digital Accountability and Transparency Act (DATA) of 2013 (S.994), a historic open government data bill that President Obama signed into law in May, Congress then sent the Presidential and Federal Records Act of 2014 (H.R.1233) to the White House for a signature this fall. Late last week, the Senate Judiciary Committee unanimously passed an amended version of the FOIA Improvement Act of 2014 (S.2520), setting up the opportunity for the full Senate to “hit the trifecta,” reforming one of the most important open government laws in the United States of America.

While the Freedom of Information Act (FOIA) gives all citizens the right to access information about the federal government, agency compliance with the law has been mixed at best over the last decade. Earlier this year, the Center for Effective Government released a report that gave many federal agencies failing grades.

"This may be the best opportunity that this Congress will have to institutionalize open government beyond this Obama administration."

The Senate bill is an improved version of the FOIA Reform Act that unanimously passed the U.S. House of Representatives early this year. Both bills are modeled upon the Obama administration’s own proposals for FOIA reforms, advanced as part of the second National Open Government Action Plan. The authors of the bill adopted the language that President Barack Obama used in the presidential memorandum on open government and transparency that he issued on his first day in office and that U.S. Attorney General Eric Holder advanced in the Department of Justice’s FOIA policy.

Screenshot of some of the data from FOIA.gov.

Should the Senate pass the bill during the lame duck session of Congress, it will create a pathway for the federal government to modernize the administration of FOIA, codify the “presumption of openness” into law, require agencies to release requested records unless they were prohibited by law from doing so or if disclosure would result in “forseeable harm,” and mandate that the White House Office of Management and Budget — including those in future administrations — support the FOIA portal that went online. Passing the FOIA Reform Act would mean ongoing efforts to improve FOIA software are much more likely to endure and be adopted in the future, leading to improved interfaces and applications for requests and replies.

This may be the best opportunity that this Congress will have to institutionalize open government beyond this Obama administration. The amended bill is supported by more than 70 different organizations, including the American Society of News Editors.

“B(5) refers to an exemption used to withhold disclosure, and is often used to protect internal work that people wouldn’t otherwise be entitled to through typical information collection processes — specifically, civil discovery,” wrote Sean Vitka, federal policy manager at the Sunlight Foundation. “This is the most significant change, and it’s definitely a disappointment. However, we’ve kept the 25-year time limit to b(5), which is a huge improvement over the status quo.”

As Josh Gerstein reported at Politico, the FOIA bill was watered down before the committee passed it, removing a provision that would have allowed federal judges to override B(5) exemption claims:

“A Leahy aide said the change was made because of bipartisan objections to the aspect of the bill allowing judges to weigh the need to protect an agency’s deliberative process or other legally privileged records against the public’s interest in the information.

Judges currently have that power in non-FOIA cases where federal records are sought. However, Leahy concluded that removing the controversial provision was the best way to speed adoption of the legislation on a unanimous consent basis in the Senate before Congress recesses for the year, the aide said.”

To put it another way, the removal is disappointing; the amendment may have been the price of passage in the lame duck session. When the USA Freedom Act was blocked from advancing, it helped to clear the Senate’s legislative calendar. While it’s still possible that a powerful senator may try to keep this bill from passing, the prospects look good today.

“Even if not as grand as its original incarnation, the bill, post-manager’s-amendment, is a much-needed, strong reform of one of America’s most important transparency laws,” wrote Sunlight’s Vitka. Here’s hoping that the Senate follows the lead of the House of Representatives and unanimously votes for a more open, accountable government in the 21st century.

Alexander B. Howard is a writer and editor based in Washington, DC. Howard is a columnist at TechRepublic and founder of “E Pluribus Unum,” a blog focused on open government and technology. Previously, he was a fellow at the Tow Center for Digital Journalism at Columbia University, the Ash Center at Harvard University, the Washington Correspondent for O’Reilly Media, and an associate editor at SearchCompliance.com and WhatIs.com.