Remix: How to Get Students Interested in Data Journalism 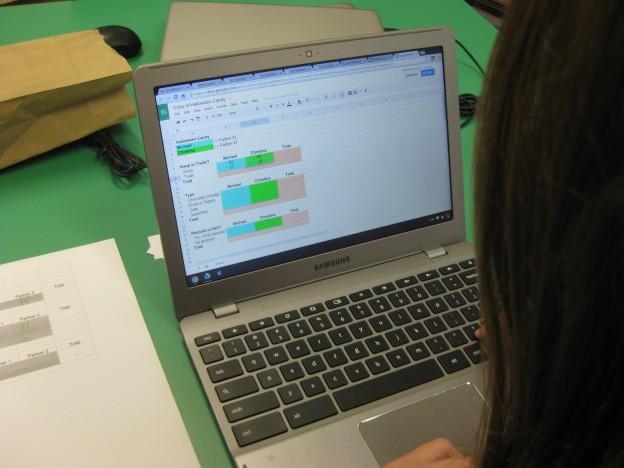 In the latest update to his e-text “Searchlights and Sunglasses,” author Eric Newton highlights important tools that help journalists mine public data. Here’s one way of introducing open data in the classroom.

Searchlights and Sunglasses: Field Notes From the Digital Age of Journalism by Eric Newton

The students in the introductory journalism course at the University of Wisconsin-Madison always respond with a collective groan when we arrive at “data week” on the syllabus.

They went into journalism for words, not numbers, they say. They’re not even sure they have Excel on their laptop, they say. They just aren’t comfortable with data, they say.

And even after they complete our data-driven assignment, those sentiments still hold true for many. The difference between those who change their tune and those who would still rather write a 1,000-word story than sort a spreadsheet is that some students begin to see the power of data.

It was data that helped Washington Post journalists uncover how some investors were using predatory debt collection practices to take away debtors’ homes and then flip those homes for profit.

It was data that allowed the Las Vegas Sun to figure out that hundreds of deaths in a single year were due to preventable mistakes — a discovery that prompted Nevada to pass several new health transparency bills.

It was data that ProPublica used to track government spending on construction and recovery after Hurricane Sandy devastated the East Coast.

Thinking About Data as Clues

In “Searchlights and Sunglasses,” Newton points out that journalists who “embrace data find rich returns in readership.” But even as learning how to manage data proves to be  a worthwhile investment, it is still an investment — one that students do not appear to readily buy into.

One tool that might convince young journalism scholars to buy into the power of data is a tool Newton mentions in his book: FollowTheMoney.org.

Follow The Money is an effort by the National Institute on Money in State Politics to make information about election spending available to the public. It provides data on election spending from 2000 and beyond, allowing users to look at both those who donate (e.g. individuals, industries) and those who receive  campaign contributions (e.g. PACs, candidates, parties). Plus, it’s free.

Campaign finance isn’t exactly an issue that sparks enthusiasm among budding journalists, but Follow the Money makes a dense topic easy to navigate. That’s something that could help students build a healthy relationship with data, as they see that something that initially looks daunting is actually quite straightforward.

Feel free to borrow or modify any portion of this three-part assignment. Part one covers the basics of data gathering-and-interpreting, whereas parts two and three ask students to do a bit more advanced work with data.

One response to “Remix: How to Get Students Interested in Data Journalism”