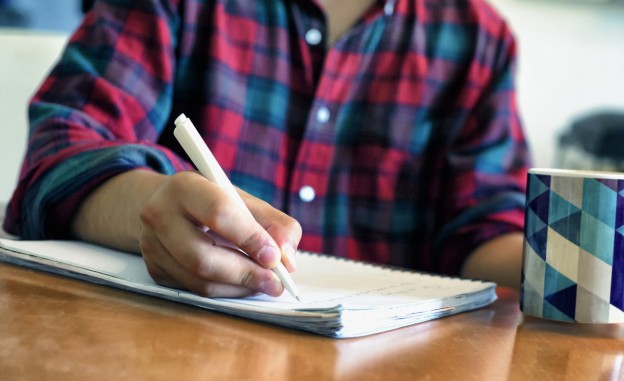 Photo by Daniel Foster on Flickr and used here with Creative Commons license.

At the opening keynote of the Online News Association conference in Chicago last week, I found a seat next to one of this year’s 936 first-timers. He was a little daunted by the program and asked me, an ONA sophomore, for advice.

Bottom line in almost every session -- analytics, technologies, culture – is that it all has to be in service of the story and the audience. You don’t need a computer science degree to learn more about that.

“Don’t worry about getting to everything that looks interesting,” I told him.  “You can’t, and that’s fine. You’ll still learn lots. Relax.”

I was trying to be helpful, but the fact is, if you come back from an ONA conference without a case of fried brain, you aren’t doing it right.

I’m a video reporting prof with a background mainly in television — an enthusiastic supporter and teacher-student of digital journalism, but no expert.  For me, ONA conferences are a chance to learn about what’s new, what’s next and how to tap into it all in the newsroom or the classroom. ONA is much more than a tech fest. In many ways it’s more useful to those of us who don’t speak fluent Ruby or CSS. The mix can be as complex as you want to make it, and it may end up completely different than the one you planned.

I slipped out of some sessions, stuck with others even when I didn’t understand half the nouns, and had the kinds of conversations that make fried brain a good thing. I’m still processing, but here’s a drone’s-eye view of some of my notes.

Cultural Change: At Least as Hard as Tech Innovation

New technologies, workflows, story forms, people to work with – everyone is trying to manage it all, and talk to each other about it. The good news is that everyone brings something useful to the digital table; the bad news is that most of us aren’t great at explaining what we need or even knowing what we can ask for from each other. There is a growing consensus that no, journalists don’t have to be code experts, but we do have to be able to talk to them and they to us. For example, the guy I mentioned at the top of this post was one of several tech people sent by their universities for a crash course in journalism issues and practice.

Sessions on design thinking – unhooking from standard practices and newsroom hierarchies – and on the famous New York Times innovation report  (and if you haven’t read it, you should) were both instructive on this point. In the latter, report co-author Amy O’Leary said she’d like to do away with the cliche “line between church and state” — not to let the ad department meddle in the journalism, but to encourage conversations and teamwork with analytics and design people and others, in the process of improving the Times’ journalism and its reach.

A few of my takeaways on working through cultural change: encourage small project teams with a mix of skills, like those working on NYT Now and Cooking; remember that few things are “someone else’s job” anymore; and keep your mind open — digital career curves are unpredictable, and the jobs you didn’t plan for can be the most rewarding.

New and nearly new approaches to journalism online need labels, and I found several new flavors of insert-adjective-here journalism. My last trip to ONA was in 2011, when the big word was “entrepreneurial.”  Now entrepreneurship, like social media, is part of the ecosystem: still evolving but no longer news. This year, the new-to-me adjectives included “immersive” and “structured.”

The big sexy thing that gets some raised eyebrows is immersive storytelling, also known as virtual reality (VR), or “Why would anyone wear giant goggles to watch a news story?”  I could see the long-term potential in the Des Moines Register/Gannett series, Harvest of Change: Iowa farm families confront a nation in transition . I lined up to watch some of the VR elements at the Oculus Rift booth in the conference midway and went away gobsmacked (and a bit dizzy).

In my head, I’m on a farm in Iowa #ona14 #OculusRift pic.twitter.com/f3sVPPE0yH

A session called “The Holodeck is Real!” explained that Harvest of Change is part pilot: the project gave reporters and producers some control over their production environment, while committing to a serious story. Gannett Digital’s Mitch Gelman said they wanted to show that VR is “not a gimmick. It’s serious and meaningful.”

Takeaways: one, immersive will become more doable as the technology improves; and two, as in TV, radio and print, the fanciest bells and whistles are just carny tricks without solid journalism and strong storytelling.

After that sci-fi trip, the ideas behind structured journalism will be familiar to anyone who’s worked on continuing coverage or a beat. The term is about more than databases or archives though it can include both. Think PolitiFact or Homicide Watch: the whole story doesn’t fit into a traditional article, but develops over time in a variety of formats.

Takeaways: Legacy media and J-Schools should think about this since it’s also a great way to (buzzword alert) resurface good content. And with the right partner-teammates, broadcast current affairs people and others could do great things with their long-form production skills and their station archives.

Analytics is Not the Great Satan

“Clickbait” is often a pejorative term, but I heard repeatedly how analytics can and should be used for the forces of good.  Several sessions referred to the importance of analytics in ensuring that good stories reach their best and biggest audiences. The short version: Misleading clickbait headlines or letting analytics dictate what you cover = bad; replacing a generic thumbnail image for Facebook, writing fair but engaging headlines for social media attention, reposting an international story when the country in question is having breakfast = all good. Takeaway: I need to learn more about this.

The Wrap is a Pitch

Bottom line in almost every session — analytics, technologies, culture – is that it all has to be in service of the story and the audience. You don’t need a computer science degree to learn more about that.
One final thought on why I love going to ONA: it’s not just that it helps me learn more about digital journalism, which is good for me, my students and my school. It’s that rare journalism conference where there is zero moaning about how we’re all going to die. If you work in a place where the Voices of Doom hold sway, an ONA conference is another country — energetic and optimistic. It’s looking for answers. It hasn’t found them all, but it’s still – fifteen years on – the early days.
You should check it out.

A version of this post appears on J-Source: The Canadian Journalism Project.

Susan Newhook teaches video and television reporting at the University of King’s College School of Journalism in Halifax, Nova Scotia.  A former television producer at the Canadian Broadcast Corporation, she has freelanced for TV, print, radio and the web.

One response to “#ONA14: Conference Notes From a Digital-Immigrant J-Prof”