Can Journalism Be Built for Inclusive Community Participation? 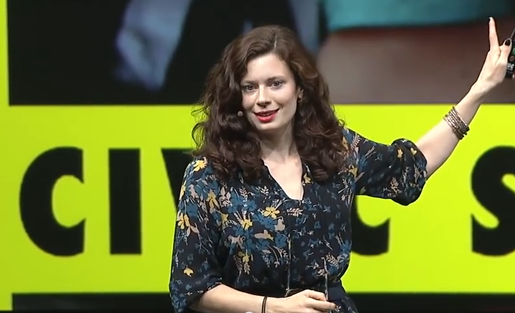 This post originally appeared on the Local News Lab.

Recently, Laurenellen McCann gave a terrific talk about community, technology and how we can and should build for “inclusive community participation.” As I watched the video, she kept talking about “civic tech” and “civic hacking,” but I kept hearing “journalism” and “reporting.” The failures she is describing and the challenges she sets forth are as relevant for journalists and newsrooms as they are for technologists working in the public interest.

I have written before about the need to reorient journalism around community by building more reciprocal relationships between newsrooms and communities, relationships rooted in listening, empathy and creativity. McCann’s talk hits on similar themes but gets even more concrete about the steps we need to take to transform our work in collaboration with our communities. Be sure to read her longer, follow-up blog post.

In the spirit of civic hacking, I asked McCann if I could “fork” her talk and replace her references to civic technology with journalism as an experiment in context. My goal was to change as little as possible to make the piece speak specifically to journalism. Below is the result. I think it captures a lot of what we are working on with community news sites here at the Geraldine R. Dodge Foundation.

People First: What it means to build for inclusive community participation

A talk by Laurenellen McCann, given at the Code For America Summit

(Forked here with permission. Words in red are my addition or tweaks to her original transcript. A video of her original talk is at the bottom of this post.)

At the risk of creating a massive existential crisis, I want to start my talk by asking, “What is community?” Who gets to decide what a community is? Who’s involved? What skills do you need to get in the club?

And for that matter, what’s a “journalism community?” What definition of journalism are we using to describe the “news sector,” the “journalism sector” — all of us, here in this room?

We need to be able to answer these questions concretely, even though it’s so easy to refer to them in the abstract because “communities” are groupings of individual people, and you can’t really serve people if you can’t define who it is that you’re trying to serve.

And if you can’t define who it is that you’re trying to serve, you also can’t identify who you’re not reaching.

This is something we were thinking a lot about in my fair city, Washington, D.C., earlier this year when we had the opportunity to organize the “D.C. journalism community” (whatever that is) to participate in a massive cultural festival: a Funk Parade.

A Funk Parade, as the name implies is a huge music, arts, cultural festival, largely related to funk music, but also related to the soul of our city. And this Funk Parade, which was as awesome and maybe even more so than these drummers display, was explicitly designed to cross boundaries within a city that has a lot of divides.

The Funk Parade was designed to bring together long-term residents and short-term residents, people regardless of their race, age, sexuality, gender, their income, their opinions on the city. The Funk Parade was a hub for all of those people – and for those of us who had been long time investors exploring what journalism means in D.C., it was a community organizing goldmine. This was a huge opportunity for us to get outside of ourselves, to stop having our own existential crisis about who we were and who we were reaching and who we weren’t reaching and actually design a program that could bring together a lot of different people – and bring a lot of different people together in the name of work that was being done by residents for residents.

I’m describing this as though it’s just Funk Parade that has this magical quality, but it’s actually all manner of cultural spectacle – all manner of street festivals and flea markets, farmer’s markets, block parties, these communal barn-raisings that magnetize people and bring them together.

We’re not doing journalism right if we are not stepping out of our own contexts and into the contexts of the communities that we’re working for.

When we were thinking about what this “for” means in the context of the Funk Parade, we realized at some point that it wasn’t going to be enough just to bring together journalists and put them inside a funk setting.

What we actually needed to do was to create opportunities for people coming off the street to dig in[to reporting], to do user testing, to tell stories, to think about journalism differently, and to create access points where [instead of] obsessing over the word “access,” we are in the middle of activity.

What I want to leave you with are two challenges.

One, again, literally meet people where they are. Get creative. Set up a booth at a flea market. Be like Boston and create a food truck that actually goes and delivers municipal services. Creativity is key when we’re thinking about how we get outside of ourselves.

But more than that, I want to unpack this idea very quickly about what it means to “build with and not for,” because, you see, we have an imperative that we are not living up to in journalism.

There can be no trickle down journalism.

We’re only going to win if we can get concrete, if we can see each other as human, and if we can keep our eyes on the long term.

I took out a very specific reference in the above transcript to McCann’s project the “Tech Embassy.” You should check it out – here is her description: “The Tech Embassy is effectively a hands on science fair for arts and technology, and you can read a lot more about how we applied this idea of community targeting and community inclusion online at bit.ly/techembassy.”

Josh Stearns is the director for journalism and sustainability for the Geraldine R. Dodge Foundation. He was previously journalism and public media campaign director for Free Press. He is a co-author of “Saving the News: Toward a national journalism strategy,” “Outsourcing the News: How covert consolidation is destroying newsrooms and circumventing media ownership rules,” and “On the Chopping Block: State budget battles and the future of public media.” Find him on Twitter @jcstearns.

The Local News Lab is dedicated to creative experiments in journalism sustainability. Together with our partners we are testing new ideas for building a local news ecosystem that strengthens our communities. The Lab is a project of the Geraldine R. Dodge Foundation, supported by the Knight Foundation. Our partners are Montclair State University’s Center for Cooperative Media and its New Jersey News Commons initiative and CUNY’s Tow-Knight Center for Entrepreneurial Journalism and Center for Community and Ethnic Media.

3 responses to “Can Journalism Be Built for Inclusive Community Participation?”