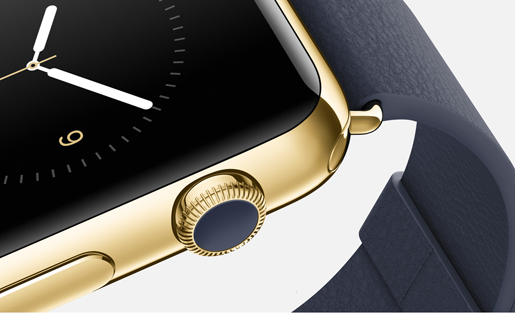 Apple goes for the gold with its Edition Watch, but do we really need it?

After Steve Jobs died, there were a lot of questions about whether his successor Tim Cook had the vision thing. This week was put-up-or-shut-up time for Apple, with its stock sagging and innovations coming from others (mainly Samsung) while Apple’s iterations were minor by comparison. With the spotlight squarely on Apple and Cook, the company pushed in all its chips with a brand new product, the Apple Watch, along with one-touch Apple Pay, and some larger, thinner iPhones. Not to mention, the tech giant offered up U2’s new album for free. Apple Pay promises to revolutionize in-person payments via smartphones (iPhones, in particular) by using credit card data stored in iTunes store accounts. Despite some recent fears over security, Apple says your device will not carry any credit card numbers. This technology is also embedded in Apple Watch, which promises to do a lot for a wearable — boasting a full-color retina display, taptic feedback, and lots of sensors to monitor the user’s physical activity. Customizability is central to Apple Watch, purporting to be many things to many people — moving beyond highly specialized wearables like Fitbit and Nike Fuel, and with more functionality than Pebble.

On this week’s edition of the Mediatwits, we’ll be discussing what these new offerings mean for Apple and the disruptions they may cause in the tech world with Leander Kahney from CultofMac.com, Wilson Rothman from WSJ, and Sapna Maheshwari from BuzzFeed. We’ll also have regulars Alex Leo from Newsweek and Andrew Lih from American University, with PBS MediaShift’s Mark Glaser hosting and Fannie Cohen producing.

Wilson Rothman is the Wall Street Journal’s Personal Technology Editor. In the past, he covered tech for Time, the New York Times and others, and was Features Editor at Gizmodo, the gadget blog. He came to the Journal from NBC News, where he was the Tech & Science Editor. He can be reached at [email protected], and you can follow him on Twitter at @wjrothman.

Sapna Maheshwari joined BuzzFeed in 2013 as a reporter on the business vertical covering retailers and brands. Maheshwari was previously at Bloomberg News, where she was most recently a retail reporter, breaking news and writing feature stories about companies including J.C. Penney, Abercrombie & Fitch, Gap Inc., Limited Brands and Urban Outfitters. She contributed regularly to Businessweek magazine and has appeared on CNBC and Bloomberg TV and radio programs. Previously, Maheshwari covered corporate credit, stocks and insurance companies. She is a graduate of the University of North Carolina at Chapel Hill and is a native of East Lyme, Connecticut.

Leander Kahney is the editor and publisher of Cult of Mac. He is the NYT bestselling author of Jony Ive: The Genius Behind Apple’s Greatest Products; Inside Steve’s Brain; Cult of Mac; and Cult of iPod. Leander has written for Wired, MacWeek, Scientific American, and The Guardian in London. Follow Leander on Twitter @lkahney and Facebook.

Body connectivity is central to the Apple Watch, what CEO Tim Cook called “the most personal device ever created.” While the watch won’t come out until 2015, first looks were resoundingly positive, though Wilson Rothman at WSJ wrote that, “The bar set by the [wearable] competition isn’t incredibly high.” Aside from telling time, the device adds another layer to their fitness push by monitoring heart rate, calories burned and distance covered. The watch also sets fitness goals, including encouragement to stand up during the day. There’s also a feature that allows the user to feel another watch-wearer’s heartbeat!

Still, some potential users are concerned their smartwatch is more a hassle than regular old dumb watches. Felix Salmon points out that battery life has been the major issue with existing smartwatches, and he doesn’t expect Apple to have cracked the code, especially since Apple Watch uses an energy-sucking retina display. Disappointingly the watch is also not water-proof. But for Leander Kahney from CultofMac.com, trying on the watch and seeing its functionality as a buzzing reminder for emails and texts, universal remote, door opener, boarding pass holder, and payment system all in an elegant — and surprisingly light — container convinced him this would be a highly desirable object. And despite some worry, the Apple Watch can be flipped around for left-handed users.

Both phones and watches boast Apple Pay, a new tap-to-pay feature. Credit card companies have tried to get users to adopt touch payments for years, with little success (remember Chase’s Blink?) and large-scale adoption has been difficult. But Apple as the great equalizer has lined up big partners Amex, Chase, Mastercard and Visa as well as retailers Disney, Walgreens, Subway, Whole Foods, Staples and McDonalds to install the new payment method. This kind of technology has already taken hold in Asia, so many expect it to become predominant in the U.S., usurping other pay systems from PayPal, Square and Google Pay. While this could be a major innovation, Sapna Maheshwari at BuzzFeed points out security concerns “in the wake of high-profile hacks of retailers like Target, P.F. Chang’s, Neiman Marcus, and most recently, Home Depot.” Unsurprisingly, Apple will earn a fee from every Apple Pay purchase.