Buying Fake Twitter Followers Will Leave You Tweeting to Mannequins 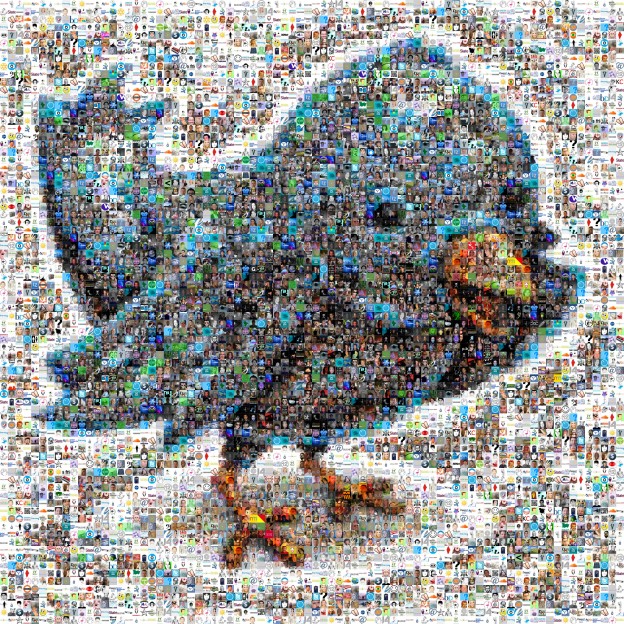 It’s hard starting a Twitter account from scratch. Not only do you not know who to follow (start with @LouisCK and @PBSMediaShift, then work outward from there), but it seems almost impossible to get people to follow you. And how can you develop your personal brand / spread your beliefs /  be on the cutting edge of your field  / meet Ashton Kutcher if you don’t get a respectable Twitter following under your belt?

The sad truth for the attention-deficit-disorder crowd is that if you’re actually trying to build a solid fan base with which to start a movement, or an audience to whom you can sell something, or be something, then you need to take the long road. Five hundred real, organic, true-as-the-day-is-blue Twitter followers are worth more than 10,000 fake followers any day.

It Takes Time to Build a Tribe

When I consult on social media campaigns, often the first thing my clients ask for is the magic formula to getting lots of Twitter followers fast. My question for them: What’s your goal? If it’s to seem big to someone who’s only going to take a cursory glance at your Twitter account and make a decision based on that, then go for it. Just remember, these are the same people who will decide you’re cool by the shade of your tan or your latest tattoo, and they’re probably not going to stick around and be supportive or helpful, because shallow people often have shallow attentions spans.

On my personal account, I have just over 7,000 followers, and it’s taken me five years and an embarrassing number of tweets to get there. And what has it gotten me? My gig on MediaShift, for one. A steady stream of other valuable clients. A position with a web series production company I respect. And countless connections, some of which will lead me to the next things that I’m going to do that I don’t even know about yet. With Twitter, I’ve created real connections with real people that resulted in real opportunities, real jobs, and real money. And that money: It pays real bills. This will not happen for someone who buys their followers, because fake Twitter followers can’t refer you for a job, buy your new book, or RT your genius tweet. In this case, the short cut is vastly inferior to the long haul. Forget the hare; be the turtle.

Some people reason that having a boosted Twitter following, even for a short time, will encourage

real followers to follow them, a fake-it-til-you-make-it strategy. They think that they’ll just appear bigger than they are at first, use the eye-catching numbers to lure real people, then go back and delete the fake followers once a real following has amassed. What’s the harm in that? It’s true that puffing oneself up to look bigger and sexier works for some (just ask prairie chickens), but artificially enhancing your Twitter following with fake followers does not make you look more attractive: It makes you look more desperate.

Fake Followers Can Be a Real Pain

If you buy fake Twitter followers, others will catch on. For example, if your Twitter account is new — say you just started last week or last month — and suddenly you have 5,000 followers, it raises red flags.

I once saw this happen with a client I took on in my early social media career. Katie Todd, a Chicago-based indie singer with great pipes, asked me to help her crowdfund and release her most recent album. I loved her style, but I was also drawn to her because she has a massive (to me at the time) Twitter following. I was eager to get my hands on it to see what I could do. However, after a few weeks of stellar tweeting (I’m not vain, just confident), there was still no engagement from the Twitter audience. I was really confused. If these people had followed her here, why weren’t they getting excited about the new music?

After a little investigating, I realized that Katie’s Twitter feed was primarily comprised of locked accounts from places like Indonesia, Central America and Eastern Europe, which made very little sense for an English-tweeting, English-singing singer to target. It turned out that Katie’s social media manager prior to me had purchased Twitter followers to make her account look better. But, as we know, this was for naught, as Katie was singing beautifully (and I was tweeting hard) to a crowd that didn’t speak the language.

Luckily for Katie, she had actually grown an organic fan base on Facebook over the years comprised of friends, fans and family who were sincerely interested in her new album and who responded well to regular and creative social media engagement. Through Facebook, Katie and I raised the funds she sought (plus a little more) and, for the first time, she released an album in the black rather than in the red. That was a win for both of us. But if it hadn’t been for that great Facebook crowd, there would have been no crowdfunding to be had.

Building relationships, even on Twitter, takes time. Anyone who seems like the belle of the ball in their first month at the dance is wearing falsies. (No, I’m not linking to a definition. Ask your mom.)

I can spot accounts with a majority of fake followers a mile away, mostly because of how they tweet without engaging. See for yourself: If you notice someone who tweets a lot (and usually poorly, spammily) but doesn’t seem to know how to get their apparently massive Twitter following to tweet back, there’s a problem.

If you don’t have my particular brand of fake-dar, Fakers.statuspeople.com has a tool which instantly assesses someone’s Twitter audience. Admittedly, all Twitter users will have a few fakes, not because they’ve purchased them, but because there are lots of bots out there. I analyzed my own Twitterfeed for the purposes of this piece, and I discovered that I have 4% fake followers. I obviously didn’t buy any followers (or if I did, I’m awful at it), but there are still a few bots in there. I may not have an Alyssa Milano-level of Twitter followship, but I’m pretty pleased that my followers are 96 percent authentic. This means that when I need to call on them for something, they are real people I can rouse and rally.

While some people use services like the one above to pare down their own followers, others use it to expose phonies. And you don’t want to be one of those phonies. In fact, earlier this year the Daily Dot documented their experience when hackers bought fake Twitter followers for them, supposedly to discredit them. You can also find stories weekly about politicians and others who boost their Twitter numbers with fake followers. It doesn’t make you look big; it makes you look silly. Or worse … like a liar. Not a quality you want to exude when you’re trying to convince people to listen to you, trust you, give you money, or vote for you.

If you insist on buying Twitter followers, be prepared for a rude surprise when you actually start tweeting. It’s even less effective than singing to the choir (a danger associated with a narrowly curated Twitter feed); it’s like tweeting to a theater full of mannequins. The imaginatively named Buy1000followers.co encourages you to “boost your marketing power” by buying 1000 followers for $2. Or is it $3? The site states different prices at different spots.

Be a fake ‘boss’ with your fake followers.

Wait – I take it back. Fake Twitter followers are worse than mannequins; you can’t even hang your clothes on them. They’re totally, completely useless.

Of course, gathering followers is only one part of the Twitter equation; interacting with them, charming them, and keeping them interested and engaged is another. It’s the difference between getting that first date and making it to your 10th anniversary: The former takes a little mascara and a shower, maybe a good Tinder pic; the latter, getting the other person to want to talk to you everyday, even after they know your worst habits. That second group: Those are the keepers.

People follow you on Twitter because they see a tweet of yours and think it’s interesting; they stay because they dig your overall style. These are the people you want to collect and connect with over the years in order to reach your ultimate goal, even if it’s just to have fun. So get out there, start being your real self on Twitter, and show the people — the real people — what you’ve got.

Julie Keck is a social media and crowdfunding consultant and co-author of the e-book Social Media Charm School (with Jessica King). She has run and consulted on crowdfunding campaigns that have raised more than $300k, mostly for independent films and webseries. She has spoken about crowdfunding and social media at SXSW, the University of Notre Dame, Columbia College, the Chicago Documentary Film Summit, the Chicago International Film Festival, and more. Julie is also a filmmaker (primarily for the niche subscription site tellofilms.com) as well as the social media and newsletter editor for PBS MediaShift. Play with her on Twitter at @kingisafink.