Mediatwits #125: How Far Does Plagiarism Go in the Age of BuzzFeed? 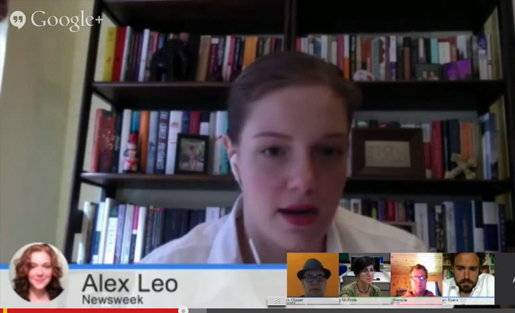 Newsweek's editor-at-large Alex Leo joins the Mediatwits as a regular participant, this week talking about plagiarism cases at BuzzFeed and the New York Times

We’re back! After our summer hiatus, the Mediatwits podcast is back in action, this week discussing how far plagiarism charges can go. Does it constitute stealing when someone rewrites a line from Wikipedia? In the case of Benny Johnson at BuzzFeed, an online outcry led to his firing when 41 instances of plagiarism were revealed. But his work had been criticized in the past and largely defended by BuzzFeed. Then the New York Times corrected a version of an article by Carol Vogel that took specific language from Wikipedia without attribution. But are these cases of laziness or really appropriating other people’s work? Gene Weingarten at the Washington Post called the whole scandal “bull-poopy” and said it was more a case of sloppiness and didn’t rise to the level of plagiarism.

"To cite from Wikipedia is almost as bad as lifting from it." -Mark Glaser

Kelly McBride (right) is a writer, teacher and one of the country’s leading voices when it comes to media ethics. She has been on the faculty of the Poynter Institute since 2002 and is now its Vice President of Academic Programs. She is the co-editor, along with Tom Rosenstiel, of a book: The New Ethics of Journalism: Principles for the 21st Century, which features essays by 14 thought leaders and practitioners, as well as a new code of ethics for journalists and people who care about journalism.

Erik Wemple (left) writes a reported opinion blog on the media for The Washington Post. He has been doing journalism for and about Washington for more than two decades, including eight years as editor of the Washington City Paper and another year as editor of TBD.com.

On July 24, the NYT issued a corrected version of an article by Carol Vogel that took specific language from Wikiepdia without attribution. NYT’s Ravi Somaiya said the editorial team “had dealt with Vogel on the issue” and that an internal investigation found no previous instances of plagiarism. Public editor Margaret Sullivan said that “an isolated instance of rewriting Wikipedia is not, in my opinion, a fireable offense.”

Across town, BuzzFeed’s Benny Johnson called out the Independent Journal Review on Twitter for allegedly stealing his original work, “President George HW Bush’s Guide to Picking out the Prefect Pair of Socks” ironically schooling the IRJ in the rules of copy/paste attribution. That’s when two anonymous tweeters–@blippoblappo and @crushingbort–published “3 reasons why Benny Johnson shouldn’t call out plagiarism: he’s a plagiarist, he’s a plagiarist, and he’s a plagiarist.” In light of these clear examples of phrase theft, BuzzFeed and editor Ben Smith simply amended the questionable pieces, issued an apology, and later called him “one of the web’s deeply original writers.”

Despite people calling out issues in Johnson’s work in the past, it wasn’t until Our Bad Media posted yet another expose of copied work that Smith fired Johnson. “This isn’t a decision we took lightly” Smith wrote in an email to employees. The case against Johnson revealed at least 41 troublesome articles from the tome of around 500 he wrote for BuzzFeed. Johnson wasn’t a discerning thief — copying lines from Joe Shmoe’s on Yahoo! Answers and Wikipedia, and also taking directly from other reporters or official documents, unattributed. A side-by-side comparison reveals his work was cobbled together with half sentences. Some, like Dylan Byers at Politico, have asserted the pressure to produce so much content may have made lifting from the internet more tempting.

But high volume isn’t the only impetus to fabricate work. The Washington Post “Storyline” project recently amended a piece on HIV transmission in the black community, when Mickyel Bradford admitted to making up parts of the story.

So what is the line between plagiarism and lazy rewriting of source information? How have these cases changed in the digital age when anyone can cut and paste content — and also call out others as fakes? And does BuzzFeed have to take more responsibility for its work when it appropriates photos and text from other sources?