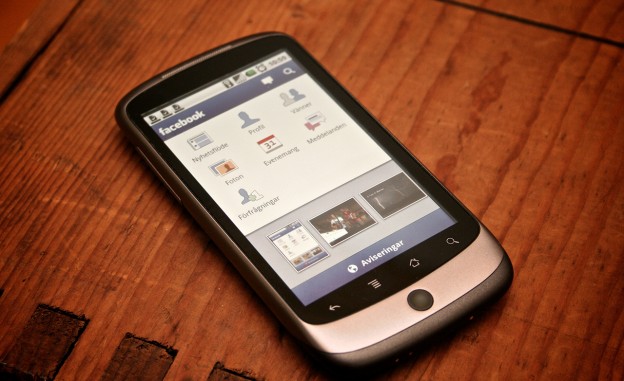 A few years ago, students working on a project in my Investigative class at UMass were on deadline, finalizing their stories looking at the aftermath of a devastating series of tornadoes in Western Massachusetts. We were publishing in The Boston Globe and as deadline loomed, one student ran into technical issues with her video while another struggled with organizational problems in his text piece.

"The ability to communicate regularly is where the true payoff lies."

The students who were struggling could have done what many students do and waited until the next class — another two days — to get answers to their questions. Instead, they put out a call for help … and received immediate feedback and solutions to their problems.

Nope, none of the above … Facebook. Yes, Facebook — that bane of higher education, that distractor of students in lecture, that social media time vampire — is helping my students learn.

Students logged into the Facebook group page we had set up for the class and immediately began chatting in their “cyber-newsroom” about some of the issues they were running into. It was about 9 p.m. on a weekday.

Flipping the classroom? This class was on its head!

When I first started teaching seven years ago, I wanted to find a way to extend the classroom beyond the two 90-minute sessions we had every week. As an early adopter of the concepts behind “blended learning,” I wanted my students to live and breathe my classes every day, and I’ve tried a number of different online options over the years to make it work. But whether it was setting up wikis or WordPress blogs or linking to online tutorials and videos, I never really received the full buy-in I wanted.

That was before the buzzwords started buzzing, but I also teach a multimedia class and I remember Mindy McAdams advising a group of multimedia educators at a conference at the Poynter Institute in 2008 to refer students to online tutorials when technical questions arise. It was and is a worthwhile goal but getting the students to read and watch tutorials has had mixed results. I’ve quizzed students on the tutorials, but using class time for quizzes kind of defeats the purpose of blended learning.

By far the most success I’ve had with blended learning and extending the classroom has been with a class Facebook group. Why?

The answer is simple: I’m hitting students where they live.

Even with all the social media options out there and the push by educators to get students on Twitter, Tumblr, Pinterest, etc., Facebook remains the place where they spend their time. In a 2013 study, the Pew Research Internet Project reported that: “Two-thirds of online American adults (67 percent) are Facebook users, making Facebook the dominant social networking site in this country.”

More importantly, this generation is increasingly mobile. So, if I post an update on the Facebook group page for my class at 10 p.m. on a Saturday night, students will get alerts no matter where they are because they have their phones on. So, I even get them talking about my class at the local bar!

I’ve mostly set up Facebook group pages with classes that are project-oriented but am considering setting one up for some of my more traditional classes. The ability to communicate regularly is where the true payoff lies. One student was unequivocal in her assessment: “Having a Facebook page allowed for constant contact — unlike other classes. We were able to be in touch with the teacher and the students 24/7. It was a lot easier than an email chain or using a cellphone because you can reach multiple people at once.”

The benefits are many but here are a few highlights:

1. Developing Teamwork. Say “group project” in your syllabus and students tend to break out in cold sweats. As educators, we talk a lot about having “students learn from each other,” and this format actually allows that to happen — often without students even noticing it. Allowing the small-group private discussion online fosters a sense of teamwork that just isn’t found in other chat formats. And since most educators are also mobile, we have the opportunity to continue teaching as well.

2. Quick Questions. E-mail communication can be clunky. And the default option for students is often to wait until the next class to get questions answered. Such an approach drags the learning process out. What Facebook allows is the ability for educators to answer those quick questions — and more importantly push the conversation forward — in between classes.

3. Communicating With Editors. If you’re working with a news organization on your project, it can be difficult for students to get a hold of editors. Allowing for little snippets of electronic conversations to happen is easier for students, and, frankly, keeps the voicemails from piling up with the editor you’re collaborating with.

4. Project Management. Despite all the organizational tools you may put in place on a project, Facebook allows for an organic type of electronic organization. As one student said: “When one person was working on a story and they wanted to make sure no one else was working on that, they posted on the Facebook page—or, if someone needed a phone number to a contact that someone else had they could post on the Facebook page. It was easier to have constant contact for a class like Investigative Journalism rather than the two times a week we meet a week for an hour-and-a-half.”

I no longer think of “blended learning” as a new or unusual method. For me, it’s the norm. I want to extend the classroom, and Facebook allows me do to do that. Do I want to stay in constant Facebook touch with my students? Well, no. I don’t need to see their vacation photos. So I have a trusted student become friends with students in order to set up the group. It takes time and thought to extend the classroom, but in the end, the students value the effort, and I get to cover a lot more teaching ground over the course of the semester.

2 responses to “Looking to Flip Your Classroom? Turn to Facebook”