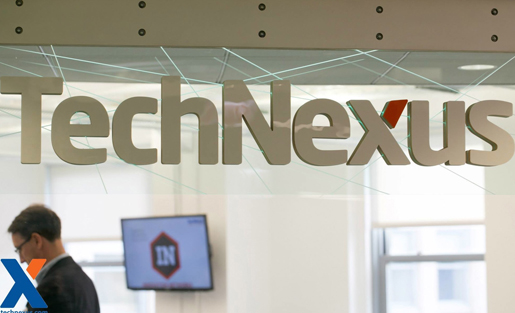 Encouraged by the great feedback we received following last month’s Collab/Space in New York highlighting intrapreneurial projects, we’re now taking Collab/Space to Chicago to workshop promising media startups in the Midwest and beyond. Collab/Space Chicago will take place at TechNexus’ headquarters in the Lyric Opera Building, on September 24, the day before the ONA14 conference.

Inspired by Chicago’s growing tech scene, Collab/Space Chicago will focus on media innovation, from journalism to web tools and beyond. Emphasizing collaborative problem-solving, Collab/Space Chicago is an all-day, hands-on workshop that will examine how media startups can break through, survive and thrive. Participation in Collab/Space Chicago entails inclusion in the workshop and the day’s networking opportunities, as well as the opportunity to rub elbows with a diverse group of participants, including entrepreneurs, journalists, technologists, designers, marketers, investors and major players in the tech and media scenes.

The workshop is sponsored by the John S. Knight Journalism Fellowships at Stanford, a unique program that looks to foster journalistic innovation, entrepreneurship and leadership. We’ve chosen nine innovative startups to present and workshop their projects (see the whole list below). We carefully chose startups for their diversity of ideas, diversity of product, and potential for innovation.

There will be rapid-fire presentations from these nine startups, and the audience will help them identify their key problems. After lunch, there will be breakout groups, with attendees using improv comedy techniques to collaborate better and solve the projects’ challenges.

There are still spots available, so please register today to join us at the workshop! Today, MediaShift is excited to announce Collab/Space Chicago’s featured startups, listed below in alphabetical order.

Presenter bio: Ryan Singel started writing for Wired.com in 2002, after spending three years working for search startups in the DotCom boom. An online journalist from the start, he’s always been on the digital side of barricades in the media revolution. His beats for Wired.com have included privacy, security, search, social networking, tech policy and startups. He also co-founded the award winning Threat Level blog.

Description: Our mission is to make data visual for everyone. Using our simple user interface we empower individuals and organizations to easily create and share beautiful visualizations. Perfect for designers, journalists, researchers and bloggers with limited programming skills who have a need to visualize their data in a pleasing and dynamic way.

Presenter bio: Danne Woo is Datavisual’s Founder and CEO. For the last decade Danne has been working as a graphic designer on large data books and websites for a number of clients. He has his MPS from NYU’s ITP for technology and design were he focused on data driven projects, musical innovation, alternative energy and large crowd interactions. His projects have been featured in a number of blogs, newspapers and magazines including the NY Daily News, Fast Company, The Guardian, Engadget, Gizmodo, The Verge, CNet and Make Magazine. His passion for creating programmatic tools to make repetitive design production tasks faster and more accurate, allowing designers to focus on the creative process, is how Datavisual came to be.

Description: Our project has two goals, to aggregate user generated content happening around breaking news events into easy to consume and sharable feeds, and connect journalists with the contributors of this content. Our platform helps anyone discover unique content being shared on social media around breaking news events giving not only journalist, but your average viewer a unique perspective of what it looked, sounded, and felt like to be on the scene of a newsworthy event. We also give journalists the tools to be able to connect and legally obtain the rights to use this content outside of social media. Our goal is to help raise awareness to the value of user generated content that is captured around breaking news events and help journalist obtain the rights to use the content in a courteous and legal manner.

Presenter bios: Neal Gardner is co-founder of Outlet Media. Neal attended the University of Colorado where he studied Business Management and Marketing. Since graduating Neal has focused on building technology that helps connect content creators with journalists.

Logan Spence is co-founder of Outlet Media. Logan also attended the University of Colorado where he studied Communications and Technology, Arts, and Media.

Description: Parse.ly is an analytics platform that is providing cutting edge analysis of the audience that interacts with content. Moving beyond the page view, the startup helps content publishers understand what effect a piece of content has to the relationship with its readers. Among many others, Parse.ly helps answer key questions such as: What content helps publishers garner a new audience? What content worked to actually build a loyal following? What referral sources are the most successful? What does my loyal audience look like and what’s most valuable to them?

Presenter bio: Clare Carr is the Director of Marketing at Parse.ly. She spent five years on the publishing side as the Director of Marketing and Online Operations at Greentech Media, a business news, research and analysis firm in the clean technology industry. Previous to that, she did digital marketing and business development at ThePoint.com, the precursor to Groupon, and Venus Zine. Clare graduated from the University of Virginia with a degree in Environmental Sciences.

Description: PortaBierta Media is a news media project designed to foster and encourage financial literacy among Spanish speakers living in the United States. As a mobile-friendly website, it will provide informational news entirely in Spanish covering the big stories of the day and their impact on the economy, jobs, education, health, government, and civics—all with a focus on money.

Presenter bio: Luis Gomez is the business editor for the Investigative News Network (INN) covering the nonprofit news business. He is currently documenting eight experiments in financial sustainability at nonprofit newsrooms through out the country. He studied journalism at Cal Poly Pomona and lives in Los Angeles.

Description: Realizing Innovation is a project at the Donald W. Reynolds Journalism Institute with a goal to help news organizations, brands and agencies in startup discovery. The site offers various starting point resources for corporations interested in accelerating innovation by piloting digital media and ad tech innovation from startups. This includes a simple tool to create a brief defining the type of startups of interest, reviews of third party companies with databases of startups and information about the research services at RJI. We are seeking feedback on the current pilot site, for a launch this Fall.

Presenter bio: Kim Garretson directs Realizing Innovation for RJI. He previously was an RJI Fellow. He also is the founder of three digital agencies; one is now owned by Interpublic Group and another is now Arc Worldwide at Leo Burnett. Kim also spent five years at Best Buy in the strategy and innovation department as the founder of its content marketing area and liaison to the venture capital industry. He has recently done startup discovery for P&G, Kraft Foods, General Mills and Meredith Corporation. Garretson is a 1973 graduate of the Missouri School of Journalism and spent the first decade of his career as the consumer technology columnist for Better Homes and Gardens.

Description: Silicon Hills News, a startup technology news site covering tech events, people and companies in the Austin and San Antonio area, wants to create an analytics driven platform on the tech scene in Central Texas complete with data, dashboard and analytics on all tech companies in the Austin and San Antonio region. This platform would provide information on funding, employees, founders, key executives, important events, products, services and more. It would also include stories we’ve written about the companies and curate stories others have written about them. The idea is to become the place to go for statistical analysis of the central Texas technology scene. In addition to that, we would also like to create a SASSY-ad platform. That’s ads, presented in a software as a service format, to companies. They could subscribe to an ad for as little as $5 a month to as much as $500 a month. Those subscriptions will go to fuel the data platform.

Presenter bio: Laura Lorek is the founder and publisher of Silicon Hills News, an online technology news site covering entrepreneurs and companies in the Austin and San Antonio region. She received a New Media Women Entrepreneurs grant from J-Lab, and funded by the McCormick Foundation, to start the site. Previously, she worked as a senior writer covering technology and business news at the San Antonio Express-News, a senior writer for Interactive Week Magazine and a specialty writer and technology columnist for the South Florida Sun-Sentinel.

Description: SociaLifeChicago is a digital lifestyle publication at the intersection of philanthropy+fashion+society, profiling Chicago’s next generation of rising stars. As a digital only publication, we are the only web based luxury focused lifestyle magazine catering to Chicago’s 25-40 demographic.

Description: Solar Power Report is the first independent web guide for homeowners who want to harvest solar energy. We provide impartial information, market news, comparison tools, and expert advice. Think of us as Consumer Reports for solar. Almost half a million U.S. homeowners have gone solar so far and the market grows by over 60 percent yearly – but many homeowners don’t fully understand what they are getting themselves into because they haven’t been given the full picture by salespeople, company websites, or lead-generating services. Solar Power Report strives to be the go-to guide for all things residential solar and to act as industry watchdog. Solar Power Report has been selected as semifinalist in the 2014 Clean Tech Open, Western Region. The site is slated to go live in fall 2014.

Presenter Bios: Matthias B. Krause is a Berkeley, California – based journalist covering energy, technology, business, and the environment. Previously he served as managing editor for the solar power magazine PHOTON USA. His work has also appeared in a wide variety of publications in the United States and in Germany such as GreenBiz, Green Tech Media, Vanity Fair Germany, and Frankfurter Allgemeine Zeitung. He is the co-founder and CEO of Solar Power Report.

Melissa Bosworth is a Bay Area-based reporter, writer, and editor. She served as an associate editor on the team that launched PHOTON USA. She co-founded Solar Power Report, and is currently studying new media and environmental reporting at UC Berkeley’s Graduate School of Journalism.

Amelia Senter works in digital media & communications for various film, technology, and music projects in New Orleans, where she lives.