How Data Journalism Can Become a Revenue Supplement for News Organizations 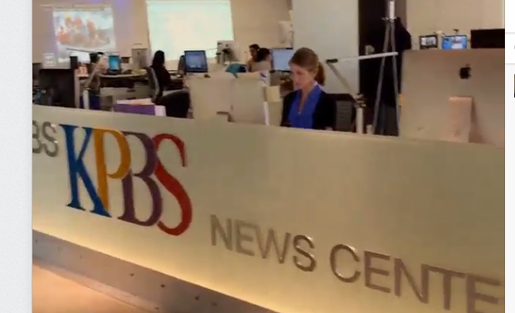 inewsource shares its content with KPBS as part of a swap that allows the small nonprofit to operate independently out of the KPBS newsroom. Screenshot via inewsource video.

The byproducts of journalism rarely have value to anyone besides the reporters who gather and assemble the information. (Exhibit A: The troves of spiral notebooks, manila folders and microcassettes left over from my newspaper days, still gathering dust in my garage.)

But more news organizations are discovering that cleaned-up, searchable databases have extra value beyond their journalistic utility — and, better yet, can generate revenue to support even more public-interest reporting.

"However you capture its value, data journalism clearly has worth beyond its primary investigative purpose. That’s something news outlets of all stripes should keep in mind as they search for diverse revenue streams to ensure their long-term survival."

Roughly four months in, more than 500 data sets have been downloaded from the store, most of which have been the free versions. But the premium data sets have brought in well over $30,000 in revenue, said Richard Tofel, ProPublica’s president.

“The 500 downloads, that’s probably more important from a mission standpoint,” Tofel told me. But those who have paid for the premium sets — so far, mostly companies and consultants from the medical industry — may well become repeat customers down the road, when it’s time to update the data. “I think we would consider it a successful experiment in that sense,” he said.

Data journalism is a specialized, time-consuming skill. It takes a lot of work to find, sort and clean data sets to the point where journalists can meaningfully analyze and report the findings. But once data sets serve their journalistic purpose, they could also have commercial value that, when cashed in, can help defray the expenses of producing watchdog journalism.

The $30,000-plus generated so far by ProPublica’s Data Store by no means covers the costs of reporting and editing a sophisticated investigative project like Dollars for Docs or Prescriber Checkup. Still, as a supplementary revenue stream, it’s enough to at least cover a substantial chunk of a journalist’s salary.

“It’s not a primary revenue source,” said Ryann Grochowski Jones, a ProPublica data reporter who also maintains the Data Store. “But journalism pocketbooks have been on the decline, so it’s encouraging to see that this is a potential revenue-maker.”

Another way to capture value from databases is to monetize attention, as The Texas Tribune has done since 2011 by attaching Google microsurveys to its more popular data apps. Tribune visitors who aren’t logged on to the site must first complete a short consumer survey (or share the page on Google Plus) before they can view the details of a state employee’s salary or a prison inmate’s conviction.

The microsurveys — which earn the Tribune a nickel for each question answered — don’t pop up on data projects already funded by a specific grant, like the Public Schools Explorer. But by attaching the surveys to click-magnet databases including government employee salaries and prison inmates, the Tribune collects thousands of dollars in monthly revenue (in June 2014, survey revenue added up to $17,565).

Monthly pageviews for the Tribune’s salary database, by far the site’s most popular data app, dropped by about 15 percent after the microsurveys were introduced in August 2011, according to Rodney Gibbs, the Tribune’s chief innovation officer. And as a whole, databases account for a smaller percentage of the site’s overall traffic than they did three years ago, although Gibbs said other factors contribute to that trend: The Tribune’s growing editorial staff is producing more stories and video content, and the initial novelty of its data library has worn off.

Still, the question beckons: Is the microsurvey revenue worth a dip in traffic? Gibbs said data apps require frequent updating and maintenance, and the surveys help the site recoup staff costs while keeping the data free to all.

“Without a doubt, it’s a desirable catalog of content,” Gibbs said. “We have to monetize that somehow. So far, [the Google surveys] have been the least intrusive, most mission-compliant way to do that.”

In San Diego, investigative news site inewsource found yet another way to capture the value of data-driven reporting: trading expertise for office space. For nearly three years, inewsource has shared its content with KPBS, the city’s public radio and TV station, as part of a swap that allows the small nonprofit to operate independently out of the KPBS newsroom.

“We both knew this was valuable,” said Lorie Hearn, inewsource’s executive director and editor. “We basically cut a deal that said they would give us space in their newsroom in exchange for our content.”

However you capture its value, data journalism clearly has worth beyond its primary investigative purpose. That’s something news outlets of all stripes should keep in mind as they search for diverse revenue streams to ensure their long-term survival.

“In the end, we are making a product,” Grochowski Jones said. “Just like people make a television report or a newspaper or a radio piece, our databases are a finished product. We put time and work and certainly money into it. So I’m really happy with the balance we’ve struck, and it’s heartening to see that people — others outside of journalism, as well — are willing to pay for the hard work we’ve put into it.”