How Magazines Are Finally Putting Multimedia Into Their Workflow 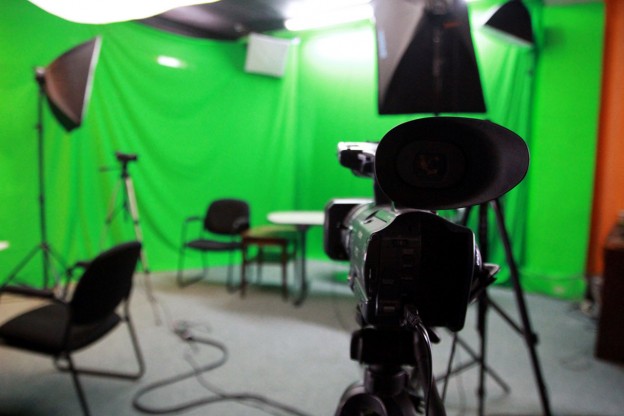 Editor’s note: This is part one of a two-part series. Click here for part two.

For many magazines, creating multimedia to complement their print editions used to be an awkward addition to their long-refined print publication process.

“We’re also looking to challenge ourselves. We want to push forward, do something that’s pushed us out of our comfort zones a little bit.” -Andrea Spiegel

But today, many magazines have at last redesigned their workflows to smoothly incorporate multimedia development. Multimedia for the web or tablet editions is no longer an inconvenient afterthought, but has become an integral part of the editorial process.

The Family Handyman and Forbes Media both offer examples of how this workflow plays out at very different publications. (And in a follow-up story, I’ll explore how magazines are using analytics to refine their choices about which multimedia projects are worth their time and resources.)

The Family Handyman has adjusted its print and multimedia production strategies in what editor in chief Ken Collier calls an “evolution.”

“In the early days, we did probably what most publishers did,” Collier said in a phone interview. “We started with the magazine article, and then it was like, what can we tack on. It was pretty lame.”

Collier says the magazine’s production process has changed substantially so that there is now a “double plan” for every article.

Collier himself stars in some of The Family Handyman’s videos.

“It happens very early in the process of the story. We want to generate the right kind of photos, videos, additional text, or whatever it is we need to be delivering for the tablet. We make sure it’s happening right alongside the content for print,” Collier said.

Most of the multimedia Collier’s staff creates is destined for the tablet edition of the magazine, which he says is a “different experience” that’s optimized for the reader just as the print edition is. For the tablet, that means providing interactive features or videos. The magazine’s research suggests that video is the main thing readers want from The Family Handyman’s digital edition.

“We don’t really augment our content for use on the web, in the sense that a lot of publishers do, where there’ll be an article in print and then there will be additional content for that article on the web. We don’t do that,” Collier explained. “I feel like it’s a disservice to the reader of your magazine to force them to go to the web to get A-grade material. If you’re delivering B-grade material on the web, is that really what you want to spend your time doing?”

The magazine’s video production process is straightforward. Collier says that in a day, two staffers can produce “a handful” of videos two to four minutes each, depending on the topic. Although the magazine’s videos are currently produced “on a shoestring,” Collier says, the goal is to create content that can be used in multiple ways, like through other apps or syndication.

“At the moment, we are in investment mode. We feel like we are putting in more resources than the immediate return would suggest is reasonable,” Collier said. “We don’t see the return yet.”

Right now, Collier says, The Family Handyman produces videos on topics “we just know DIYers are interested in, and we don’t need any more research to tell us that … and then we do ones we can do conveniently.”

The “evolved” multimedia production process and the resulting products may be a key to tablet publishing success for The Family Handyman, says Collier.

“The tablet growth is strong, but the numbers are still relatively low,” he said. “If the tablet succeeds at becoming a solid part of our business, then we’ll feel like the videos are a big part of that.”

At Forbes, meetings and collaboration across departments have streamlined print and multimedia production.

In these meetings, “we can pinpoint the ideas that will work well extended into video or an interactive on the website,” Andrea Spiegel, Forbes Media’s senior vice president of product development and video, said in a phone interview. “Sometimes we’re suggesting the idea, sometimes we’re working off of something the magazine team has come up with already.”

This collaboration, Spiegel says, is now “very natural” for the magazine. “It’s an inherent part of how we work,” she said. “Having the right people in the room during that conversation is important. Everyone’s bringing their perspective to it. The editors get excited. The writers get excited because they get to see their stories come to life in a different form.”

One of Forbes’ strengths in this process, Spiegel says, is its repository of data and content that can be used for many different multimedia projects.

The magazine’s 10th annual World’s Most Powerful Women List was a good example of that collaboration, Spiegel said. It appeared in the print magazine, but also was enhanced in its digital incarnations with other Forbes material, including a 10-year retrospective infographic, profiles of the women on the list, and related videos.

“We can use materials in many different places. Videos will appear in posts, lists, apps, pages, features,” Spiegel said. “We’re able to use that content in multiple places.”

That multipurpose, deliberate multimedia strategy means that a small investment of time from in-house staff can pay off repeatedly. “We have a small team, not tons of people. We have to be very smart about how we assign our resources,” Spiegel said.

Spiegel points to Forbes’ coverage of Silk Road as another example of successful multimedia planning and production. The coverage included stories, videos and an interactive map with details of key events.

“That was a story with a lot of pieces. We were able to help tell that story in a more cohesive way, and get the reader in and out of parts that were of interest to them by creating an interactive,” she said. “That was prompted in part by the reporters who were covering that, and a conversation about how do we wrap this all together. An interactive seemed the most exciting.”

Forbes watches for that payoff in audience engagement by monitoring a variety of metrics.

“We’re looking at traffic and social interaction. If we see people enjoying it, sharing it, that’s one measure of success,” Spiegel said.

Ultimately, though, both of these magazines have the greater goal of creating multimedia that engages readers, even when those projects are challenging to execute with limited resources.

“We’re also looking to challenge ourselves. We want to push forward, do something that’s pushed us out of our comfort zones a little bit,” Spiegel said. “We don’t want to get in a rut. We want to think about new ways to engage the audience.”

How do magazines know if their multimedia creativity works? Check out my follow-up story on magazines and analytics.