2014 Trends in Newsrooms: The 10 Trends That the News Business Can’t Afford to Ignore 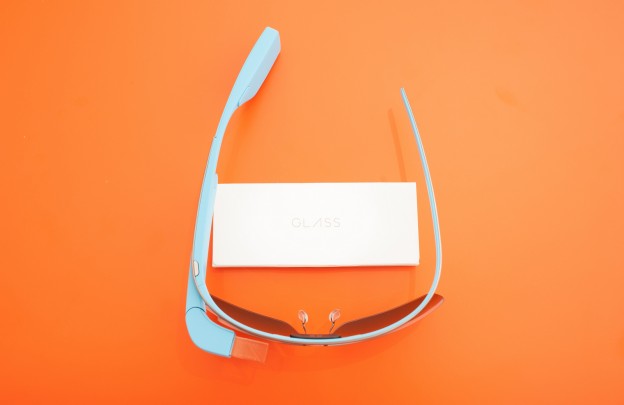 "Wearables" will require new thinking on mobile strategy in the news business. Photo by Giuseppe Costantino on Flickr and used here with Creative Commons license.

The need to urgently shield investigative journalism in the post-Edward Snowden era is the burning issue in newsrooms globally, according to the World Editors Forum‘s Trends in Newsrooms 2014 report, launched this week.

The report was released at a gathering of more than 1,000 media professionals in Turin, Italy, at the annual World Newspaper Congress.

"“There used to be a very clear wall between editorial and advertising and this wall has crumbled, and it might have crumbled permanently,” -Ebele Wybenga

Based on interviews with more than 30 editors in a dozen countries, the Paris-based World Editors Forum has identified the top trends in newsrooms in 2014 as:

1.    The need to shield journalism in the post-Snowden era

Michael Maness, the Knight Foundation’s VP of Journalism and Innovation, told WEF: “[T]he new challenge this year is how to maintain the Internet as somewhere for free expression and innovation.” The threat to investigative journalism posed by mass state surveillance, as revealed by the Snowden leaks, cannot be overestimated. It demands much more attention from editors globally, who have an obligation to ensure their journalists undertake basic cybersecurity training. Guardian US editor Janine Gibson says, “The implications are so profound and so hard to talk about … but it’s becoming one of the most preoccupying issues for journalists, and it should be more urgently addressed.”

2.     The rebooting of mobile strategy as “wearables” hit the market

“Desktop is the news print. It’s static, one dimensional and it’s slowly becoming more and more marginal to our business,” Lisa MacLeod, FT.com’s head of Operations, told WEF. But trying to keep up in an “endlessly disrupted existence” is a perpetual struggle in the mobile-first age. Even the term “mobile-first” is up for renewal as platform agnosticism meets the arrival of wearable news delivery devices.

3.    The application of social media verification to support trust and credibility

While a technological solution to the problem of social news verification remains elusive, and some newsrooms adapt to the technique of “open verification” — the process of public collaboration with “audiences” in verifying content — some news organizations are reasserting traditional approaches. “We have the ability to get news out faster than ever, but we will break it all if we don’t verify and get it right,” said Margaret Sullivan, the New York Times’ public editor.

4.    The increasingly important role of newsroom data and analytics

The debate continues over the role of newsroom data and analytics in the editorial process, but Andrea Iannuzzi, Gruppo L’Espresso’s executive editor of National Content, says it’s now time to turn on the light. “Metrics are the light: a torch or a lighthouse, depending on their level of accuracy and depth and on our ability to read them and interpret them without becoming subjugated. Today, a journalist — and more widely anybody who produces content — who refuses to use data analytics to assess in real time the level of interaction he or she is having with the readers is someone who has decided not to turn the light on and stay in a dark room.”

5.    The emergence of online video storytelling as a potential challenger to broadcasters at their own game

Video is now entrenched as a storytelling platform in most newsrooms. “You barely think of video as a separate thing anymore. It’s just another way of telling a story,” says Gibson, the Guardian’s incoming editor in chief of Guardian.com. Now, the focus is on getting the production recipe right for on-demand Web and mobile viewing. The trend is for short videos, according to AFP’s head of video, Marie Noelle Valles: “The point of entry is … a short, agile, quick video.”

Are gender-equity milestones reached in newsroom management in the past year proving to be fragile gains in a stubbornly male-dominated sphere? Recent regressions at the New York Times and Le Monde have caused media gender activists to pause. But while major structural change is still required to cement gender equity gains, there are some notable positive developments. “Currently, in our own newsrooms, some of our most dangerous reporting assignments have been given to women, some with young children. That in itself is a sea change,” New York Times Deputy Managing Editor Janet Elder — now the most senior woman in the NYT newsroom — told WEF.

As crime and corruption go global, so does collaborative investigative journalism. “It’s a cultural change that’s still in the works, but it has become one of the most important trends in contemporary journalism,” writes Trends in Newsrooms contributing author and professor Rosental Calmon Alves. From the Ukraine — where journalists from competing media organizations joined forces to salvage and document evidence of corruption in the hours after Viktor Yanukovych fled Kiev, forming #Yanukovychleaks — to cross-border investigations into organized crime by a new Italian investigative journalism collective, this is a trend to watch.

8.     The realization that digital mega-stories make an impact

Digital mega-stories “[H]erald a potentially game-changing new direction for online. They are proof of life,” writes WeMedia Managing Director Andrew Nachison. He points to the revolutionary work done by the Guardian US on “NSA Decoded” — a highly successful data journalism mega-story that set new benchmarks for the genre. Meanwhile, Knight International Journalism Fellow and digital innovator Justin Arenstein highlights the value of small-scale data journalism projects designed for mega-impact. Working with the African Media Initiative, Arenstein says, “With our projects, we say, are they citizen-focused? Is this an indulgence, or does it really speak to the pain of citizens’ lives?”

9.    Attempts to navigate the ethical challenges of native advertising

Native advertising — paid content designed to mimic editorial — continues to cause concern in newsrooms around the world. “There used to be a very clear wall between editorial and advertising, and this wall has crumbled, and it might have crumbled permanently,” Netherlands-based author and journalist Ebele Wybenga told WEF. While Andrew Holden, editor-in-chief of Australia’s The Age, warns that it’s vital to be clear about the boundaries: “Trying to slip something in by sleight of hand is a recipe for disaster.”

10.  The evolving role of the editor to meet new business and technology challenges

Only one thing is certain in newsrooms today: change. And editors must evolve accordingly, assuming an increasingly diverse range of responsibilities. Not only must he or she be an expert editorial manager and an excellent people manager and team leader, but also a person with the stomach to lead innovation, an entrepreneur’s approach to new technologies and products, and possibly even an MBA. “If I were 20 years younger and heading into that period of my career where I aspired to lead a newsroom, rather than a Master of Communication degree that I have, I would probably get an MBA or a degree in finance, or something even more focused on business,” said David Boardman, dean of the School of Media and Communication at Temple University.

Trends in Newsrooms 2014 delivers in-depth analyses of these 10 trends, and it is framed by interviews with five of the world’s news business “thought leaders,” including the Guardian’s Gibson, the New York Times’ Sullivan, the Knight Foundation’s Maness, Nation Media Group’s Joseph Odindo and Twitter’s Vivian Schiller.

“The past year has been a defining one for newsrooms,” said Erik Bjerager, president of the Paris-based World Editors Forum, the organization within the World Association of Newspapers and News Publishers (WAN-IFRA) for chief editors and other senior newsroom personnel.

“The exposé of the extent of state surveillance through Edward Snowden’s leaks sparked stellar investigative journalism and unprecedented global collaboration between publications and editors,” he said. “But the consequences for the way we practice our craft and communicate with sources are significant.”

The 120-page study also focuses on the evolution of news in the face of constant and rapid technological developments. “The relentless advances in digital technology continue to redefine the newsroom,” Bjerager said. “They affect the way we organize ourselves, engage with audiences, find and verify increasingly diverse content and tell our stories.”

“The tipping towards the digital-first environment has shown how many practices need urgent revisiting, ethical codes need updating, and new skills need to be introduced to allow news producers to remain competitive and relevant. The result is a unique space for creation, innovation and reinvention,” he said.

Trends in Newsrooms 2014 is available free to download to members of the World Editors Forum and the World Association of Newspapers and News Publishers, and it is for sale to non-members here

The World Editors Forum will continue the discussion about the trends online in a weekly blog series, which will be co-published by PBS MediaShift, and via the Twitter hashtag #TrendsinNewsrooms.

One response to “2014 Trends in Newsrooms: The 10 Trends That the News Business Can’t Afford to Ignore”