The Challenge of Measuring Multi-Platform Success for Print Magazines 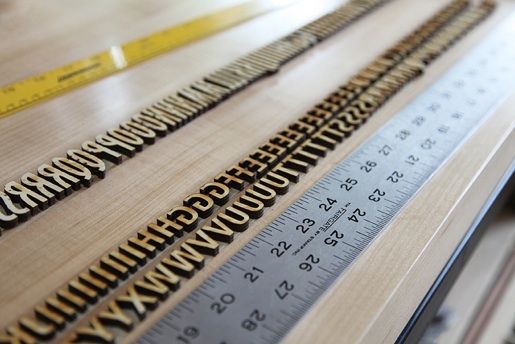 Photo by Jared Tarbell on Flickr. Used with Creative Commons BY-2.0 license.

It seems like a simple task: Keep track of new magazine launches, monitor the results, and see how much the industry grows and changes.

But when you start digging into that project in more detail, it gets complicated. What qualifies as a magazine? (Yes, that question, again.) Which platforms “count?” And the bigger concern: How do we capture and assess variety, innovation and success in the industry?

“How long is print going to last? It doesn’t seem to be going away. We’re trying to see what the future will be and where all this is headed.” -Trish Hagood.

I recently talked with three people who have unique answers to those questions: Samir Husni, aka “Mr. Magazine,” of the University of Mississippi; Trish Hagood, president of the media directory MediaFinder; and Mary Berner, president and CEO of the Association of Magazine Media/MPA. Each offered a distinct perspective on magazines’ “success” and a different way to measure the industry’s achievements.

All About Print: Samir Husni

Samir Husni, also known as Mr. Magazine, directs the Magazine Innovation Center at the University of Mississippi School of Journalism, where he is also a professor. His Launch Monitor blog tracks new print magazines that he identifies on newsstands and obtains from publishers.

In his constant search for new publications, Husni visits newsstands everywhere he goes — even when he’s on vacation, he said.

“Sometimes I take students with me, and I tell the students to see how many new magazines we can find,” he explained in a phone interview. “They tell me none — and I find 10 or 15. It’s like some photographic memory. I see the newsstand, and I know if anything has moved.”

All his newsstand crawls and the magazines he’s sent by publishers have added to a collection of about 30,000 issues.

While those magazines take up a lot of physical space (Husni rents storage units for his collection), none of Husni’s collection occupies digital space. For Husni, only new print magazines truly matter.

“I don’t consider the entities on the computer or on the iPad as a magazine. They are great, well done — but what I do is watch the videos, look at the interaction. The magazines are like the days we discovered desktop publishing. They’re following automated programs to create them,” Husni said. Many, he says, also lack real readers: “Maybe you and your mom read the magazine you created.”

Husni argues that digital magazines not paired with print publications are worth little, in financial terms.

“They have no monetary value. I don’t know of a single digital-only magazine since the iPad came out that’s making money, that has any source of revenue, if it doesn’t have a print counterpart,” he said.

Even digital replicas of print editions are likely financial losers on their own, Husni says. “They cook the numbers to make you think they’re making money,” he said. “If you enter all the costs of the creation of the print magazine and then have a replica — can the replica survive if you don’t have the print product?”

Husni points out that some formerly digital-only publishers, such as Pitchform (with The Pitchfork Review) and Politico, are now releasing print magazines, taking advantage of the format’s possibilities and the advertising revenue offered by a complementary print product.

“This is why I laugh when people say print is dead. Name one industry that gives as many births on its dying bed as the magazine industry,” Husni said. “If it’s really dying or dead, then I must be living in magazine heaven. I keep getting new magazines day after day.”

Track It All: Trish Hagood

MediaFinder is a database of all kinds of periodicals, including magazines, newsletters, journals, catalogs and other products. Its staff tries to capture every new magazine, but — unlike Husni’s collection — the directory is platform-neutral, according to MediaFinder President Trish Hagood. Print and digital formats are included.

“We include both print and online — including also the magazines that have dropped their print edition and gone online only,” Hagood said in a phone interview. “We’re already digitally oriented. We track ‘what is.’ We can’t necessarily predict what’s going to be.”

MediaFinder includes publication information entered directly into its tracking system by publishers themselves. MediaFinder also does its own research on publishers to add new entrants into the market to the directory, Hagood says.

MediaFinder’s quarterly reports on new magazines include information on freshly launched online products. Hagood says that while the fate of online-only publications is uncertain today, it’s still useful to track their existence.

“Most companies can’t afford to do digital-only products because they don’t pay,” Hagood said.

She noted the magazines like Newsweek that have moved from print to digital-only — and then back to print. Keeping tabs on all kinds of formats gives MediaFinder a broad sense of the changes in media, she said.

“How long is print going to last? It doesn’t seem to be going away,” Hagood said. “We’re trying to see what the future will be and where all this is headed.”

Mary Berner, president and CEO of the Association of Magazine Media/MPA, takes a holistic view of magazines, as her organization’s full name implies.

“Take a step back and look at what business we’re tracking. There isn’t a magazine company that doesn’t define themselves as a magazine media company these days,” she said in a phone interview.

Berner suggests that regardless of the specific platform, looking at magazines’ health and growth can be best tracked by looking at consumer engagement.

“For years, engagement has been measured in two ways: newsstand performance … and advertising,” Berner said. “The business has evolved so far beyond these traditional metrics’ ability to tell the story.”

“Everyone plays in the entire ecosystem,” she said. “If you’re Condé Nast, you’re in the magazine media business. You’re in the business of print, video, digital, experiential, paid content.”

Print, however, is still the foundation for most magazine brands and for consumers’ relationship to them, despite the opportunities of these other media.

“Ask why celebrities pay for armies of publicists to get on the front page of print magazines,” Berner said. “People understand intuitively that there’s a longevity, a gravitas — it’s a different kind of connection. The experience of reading something in print registers differently in your brain.”

And while plenty of digital-only magazines are out there on the web and in app form, understanding their current strategies and status is challenging.

“How would you measure success [for a digital-only magazine]? It’s consumer engagement, but there’s many ways to measure that. Is it unique visitors, is it traffic, is it subscriptions? It’s the Wild West,” Berner said.

Clearly, there’s more than one way to map new achievements on magazines’ frontier, with print purists, all-inclusive monitors and holistic thinkers each identifying a different method to assess success.

“It’s fascinating. We’re on the road,” Hagood of MediaFinder said. “We just don’t know what it is.”