Mediatwits #124: What Medium Means for Writers and Why You Should Care 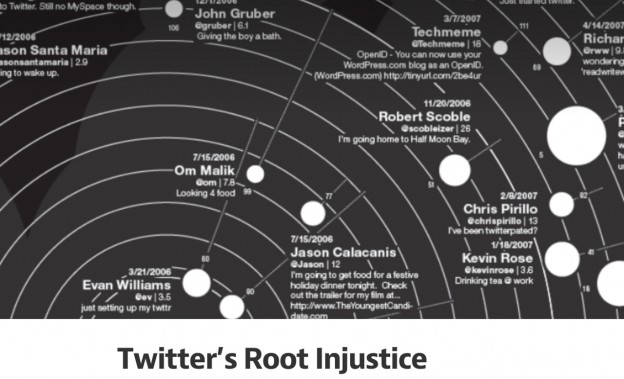 Medium was created by Twitter co-founders Evan Williams and Biz Stone in 2012, with the mission of helping good writing “find the right audience.” After launch, the platform was initially invite-only to reinforce that Medium is a place for quality scribes and has received praise for its clean design and easy-to-use interface. Since then, the platform has opened up to anyone who wants to publish on it, and also pays for about 5% of its content from contributors. Medium exists in a place between straight-up blogging and being an online magazine. Hunter Walk deduced it’s for the internet’s 9%, those who want to write but don’t want to maintain a blog or website. On this week’s Mediatwits podcast, we are discussing Medium, how it’s attracted quality content, and the affinity many writers have for using it. We’re also discussing where Medium fits into the media landscape, and if it will continue to evolve as more of a publisher than platform, with its own editorial flavor. This week out special guests are Kate Lee from Medium, Rachel Sklar from The Li.st, who runs a collection on Medium, Felix Salmon from Fusion. and host Mark Glaser.

"The way the [Medium] CMS works is it forces you to put effort into what you're writing, and it encourages you to collaborate with other people to make it even better. And so it's emphasizing quality over quantity." -- Felix Salmon
ADVERTISEMENT

Felix Salmon is the Senior Editor at Fusion. He was formerly the financial blogger for Reuters. He was named one of Time Magazine’s 25 Best Financial Bloggers, and offers his frank view on the maneuverings of Wall Street, Washington and popular culture. Watch him on Felix TV or follow him on Twitter @felixsalmon.

Kate Lee works in Content Development at Medium. She commissions writers to bring high-quality, original long-form content to the platform; recruits publishers and brands to establish a presence on Medium; and works closely with product teams. Previously, she was a literary agent at International Creative Management (ICM).

Rachel Sklar is a writer and social entrepreneur based in New York. She is the co-founder of TheLi.st, a network and media platform for professional women, animated by the mission of #ChangeTheRatio. A former lawyer, Rachel writes widely about media, culture & technology, most recently for Medium.  She was a founding editor at Mediaite and the Huffington Post and advises a number of media startups including Vox Media, The Muse and Lover.ly. Find her on Twitter at @rachelsklar.

Medium’s business structure is not like other media organizations, because they are not bent on generating revenue through ads or subscriptions. The site benefits from not having to run ads next to articles, and for that reason is a very different user experience than much of the web. The site’s much-praised elegant, responsive design is a product of not having the financial constraints of a typical media company.

Thoughtful magazine-style essays are showing up on Medium by journalists and writers whose work typically finds its way to print. This journalistic diaspora has left some wondering if Medium is an elegant publishing tool or more of an online magazine. The Atlantic’s Alexis Madrigal has called Medium “a magazine killer” but it has yet to establish an exclusive point of view. Madrigal says a publication must define itself by what it *doesn’t* do, and Medium so far has no editorial or ethical guidelines. Everything, for better or worse, is in the hands of the writer. What is so enticing for writers at Medium, and where does it have potential to grow?

One response to “Mediatwits #124: What Medium Means for Writers and Why You Should Care”