Why Publishers Should Care About Wearables, And How They Can Prepare 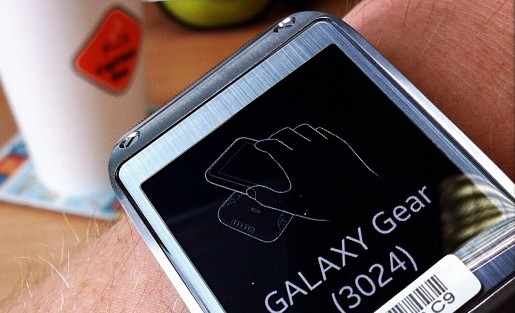 Photo of the Galaxy Gear smartwatch by Kārlis Dambrāns via Flickr CC.

Everyone is talking about wearable tech and Internet-connected or “smart” devices. And rightfully so. According to the research firm Canalys, the market is expected to triple in size next year alone based on mainstream consumer adoption.

"The people creating cool, interesting, new and different experiences [for wearables] are not from the publishing world."

However, few are talking about the implications for digital publishers and why they should pay attention. From Pebble and Samsung’s Galaxy Gear to Apple’s rumored iWatch and Google’s brand new operating system designed for smartwatches — new Internet-connected devices, particularly smartwatches, are taking off and poised to disrupt how content is produced, consumed and shared.

It’s brand new territory for publishers and an exciting opportunity to get in front of new and existing readers in a really thoughtful and engaging way.

Why consumers love smartwatches and possibilities for publishers

We’ve gone from desktops to laptops to tablets to mini tablets and the smartwatch is in many ways just a further minimization of screen sizes. It connects to your smartphone over bluetooth and can do things like show you text messages and incoming calls. In many ways it’s a new display and extension of your smartphone. But some can also run apps and even take photos or respond to voice commands. As they continue to evolve, they’re becoming more than notification centers for smartphones and being utilized as independent computers.

Consumers want smartwatches for different reasons. For some, they’re great for the office because it’s more polite to glance at your wrist in a meeting than pull out your phone to gauge the urgency of an incoming call, text or email. And they’re taking off with fitness gurus who like to track how far they’ve biked or get turn by turn directions or control their music right from their wrist. But another reason consumers are excited about smartwatches is because they can read and get information on them.

When it comes to content, keep it relevant and bite sized

While we’re living in a mobile first world and folks read mainly on their phone or tablet, a watch is one degree more accessible and convenient. The technology is there – e-ink or e-paper displays (like the Kindle) are standard and create a nice, crisp consumption experience on smartwatches in sunlight or any environment. It’s time for publishers to think about developing content for smartwatches and strategizing about the type of content that will be displayed. If you try to cram in too much on a small screen, that will undoubtedly create an unsatisfying user experience. Content on smartwatches has to be bite sized. It has to make sense to consume on a wrist. ESPN has done a really excellent job of this. The ESPN SportsCenter app for Pebble provides live scores and at-a-glance updates about your favorite teams or leagues. It also displays game start times and what channel the game can be viewed on. Really simple, functional stuff that makes sense to engage with on a wrist and may end up driving more shares or traffic to ESPN’s website.

Another example is read-it-later service Pocket. They have an app for Samsung’s Galaxy Gear but it only has text-to-speech functionality. So with controls on your watch, you can listen to your articles but not read them … yet. An interesting approach nonetheless.

So what’s next? Embrace developers and turn data into action

The stakes for publishers to deliver results – whether that’s meeting a quota of articles shared or acquiring a steady stream of new readers – is at an all-time high. Now the publishing business, already complicated, is even more complex thanks to wearables. So what’s next? This is where developers come in — engage with developers through an open API. Content and data are critical to any Internet-connected device. The people creating cool, interesting, new and different experiences are not from the publishing world. Consider your open API as an incubator of ideas.  They provide a way to effectively gather feedback from the developer community about how your content could be consumed on these new devices.

Whether through an open API, website, mobile devices, it’s critical to invest in sound data analytics so you can truly understand consumer behavior and make informed decisions about content production. While still a nascent market, smartwatches aren’t showing any signs of slowing down and as publishers consider exploring them as a new way to engage and meet readers, it’s critical to do so with data intelligence solutions in tandem. If you can understand what and how people are sharing or engaging with different types of content on all of these different devices, you’ll have a guaranteed edge on the competition and will be able to make more informed business decisions.

Paul Lentz (SVP, ShareThis) is responsible for developing a more effective means for the 2 million+ publishers that make up the ShareThis network to deepen user engagement and increase monetization through our arsenal of social sharing tools. He most recently served as VP, Business Development for the CBSNews.com and CNET brands at CBS Interactive, focusing on product strategy and partner development around technology, content and e-commerce. Prior to that he worked in both business and product development roles for CNET Networks, building a reseller network for consumer electronics content in Europe and North America. He holds a Bachelor of Arts from Kenyon College and an MFA from Sarah Lawrence.