Mediatwits #117: Personal Brand Journalism on the Rise as Vox Launches 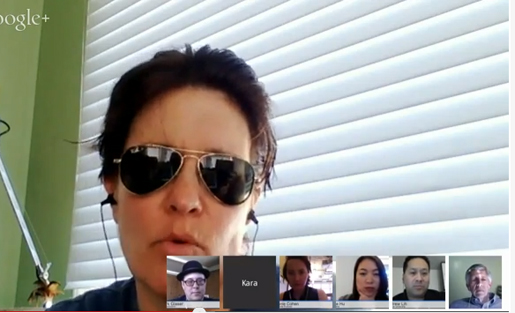 Vox.com launched this week, the much talked-about explanatory news site headed up by former Washington Post columnist Ezra Klein. There’s been a lot of anticipation around Vox.com’s launch, and to many it seems like Vox is lodestar for a new kind of journalism that’s largely influenced by a singular editorial vision. We’ve seen other journalists create new platforms around their personal brands, like Nate Silver, who relaunched FiveThirtyEight.com with the backing of ESPN last month, and Walt Mossberg and Kara Swisher, who left behind WSJ-owned AllThingsD for a new site Re/code. Vox is entering the already crowded data-driven news space, promising their readers news packaged with graphics and explainers to make the news more digestible. Joining the podcast this week are Re/code’s co-founder Kara Swisher and veteran media and startup executive Alan Mutter, with regulars Elise Hu from NPR and Andrew Lih from American University, and host Mark Glaser from PBS MediaShift.

"We're creating a media organization [at Re/code], not necessarily around my brand and Walt's brand. That's not in our interest to do that." -Kara Swisher
ADVERTISEMENT

Alan D. Mutter is perhaps the only CEO in Silicon Valley who knows how to set type one letter at a time. Mutter began his career as a newspaper columnist and editor at the Chicago Daily News and later rose to City Editor of the Chicago Sun-Times. In 1984, he became No. 2 editor of the San Francisco Chronicle. He left the newspaper business in 1988 to join InterMedia Partners, a startup that became one of the largest cable TV companies in the U.S. Mutter was the COO of InterMedia when he moved to Silicon Valley in 1996 to join the first of the three startup companies he led as CEO. The companies he headed were a pioneering Internet service provider and two enterprise-software companies. Mutter now is a consultant specializing in corporate initiatives and new media ventures involving journalism and technology. Mutter also is on the adjunct faculty of the Graduate School of Journalism at the University of California at Berkeley.

Kara Swisher is the co-executive editor of Re/Code.net, and co-produces and co-hosts the Code Conference with Walt Mossberg. She started covering digital issues for The Wall Street Journal’s San Francisco bureau in 1997. Her column BoomTown originally appeared on the front page of the Marketplace section and also online at WSJ.com. She’s written two books on AOL and previously worked as a reporter at the Washington Post. You can follow her on Twitter @karaswisher.

To some, the moves from “personal brand” journalists represents a shift in culture away from legacy media, both editorially and on the business side. Vox.com’s advertising is designed to be subtle, a departure from many news sites with prominent sidebar ads. Jim Bankoff, CEO of Vox, has said that his idea is to work with “media hackers” who haven’t yet learned bad habits from years of toiling in traditional media. But there are also some traditional brands who have remade themselves in the digital space; last month Atlantic.com had their best month ever, bringing in 16.6 million unique visitors as well as record-setting revenue growth. Their March 19 cover story, “The Overprotected Kid,” set a site record for most uniques and social shares in its first two weeks online. You can read the entire MediaShift series “Journalists as Brands” here.

While journalists have long built names for themselves, from Edward R. Murrow to Martha Stewart, what has changed now in the digital age? Are there more opportunities for voices that would have been left behind before? And will legacy media outlets such as the NY Times and Washington Post be able to hold onto brands build in-house?