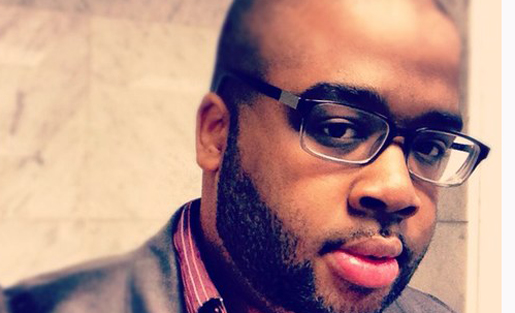 Mark S. Luckie is the manager of Journalism and News at Twitter.

#HashtagFatigue, anyone? According to Mark Luckie, manager of Journalism and News at Twitter, you should be using one — maybe two — hashtags per tweet.

“It should be the subject of the tweet,” Luckie explained to Tow-Knight fellows during a recent visit to Twitter’s Midtown East office. “The more hashtags you use,” Luckie said, “the less likely someone is to interact with that tweet.”

“The more hashtags you use, the less likely someone is to interact with that tweet.” -Mark Luckie

When tweeting, Luckie said that users should ask themselves, “What can I do to make this more interesting to the people who want to read it?” And while most people fixate on trying to grow their number of followers, he said it’s more about a user’s influence and contribution to a specific community.

“Video is the fastest growing thing on Twitter,” said Luckie, adding that “people are more likely to watch video on Twitter.” Twitter also acquired Vine to increase the amount of video on the service. So it’s no surprise that on March 10 The Verge reported that former YouTube exec Baljeet Singh began his new job at Twitter, where he is working as a product director in its revenue organization. Singh’s new role entails improving both the quality and quantity of video, while also helping Twitter monetize them with ads.

ADVERTISEMENT
Users looking to optimize video on Twitter should shoot for something between the 1- and 3-minute mark, Luckie said. And if you want to get creative, visit dev.twitter.com to create custom player cards for your videos.

Heather Martino is a multimedia photojournalist in Manhattan. She is the Digital Media Assistant at the CUNY Graduate School of Journalism, where she is specializing in health and science reporting, with a focus on global health and mHealth. Heather also has a B.S./M.A. in Diplomacy and International Relations from Seton Hall University.