With Turkey at a Crossroads Politically, Free Speech Rights at Stake 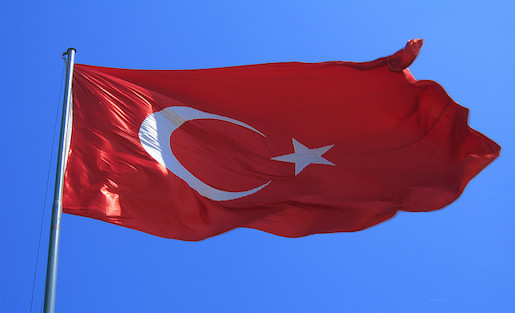 Photo by B.S. 12 on Flickr and used here with Creative Commons license.

In less than a week, Turkish voters will cast their ballots in local elections widely seen as a test of support for embattled Prime Minister Recep Tayyip Erdoğan, who has faced growing questions about official corruption since a high-level probe first became public in December. Although many observers believe Erdoğan will survive the current political crisis, the prime minister’s increasingly autocratic posturing has given rise to questions about his long-term political viability.

Some of the sharpest and most deserved criticism flows from Erdoğan’s well-documented assaults on press freedom, including the very platforms journalists use to disseminate information. Erdoğan appears to have a particular distaste for social media, which he called “the worst menace to society” during the Gezi Park protests last summer. Earlier this month, Erdoğan proclaimed, “We will not leave this nation at the mercy of YouTube and Facebook,” and threatened to block the sites. (After The Hurriyet Daily News quoted President Abdullah Gül as saying that such a move was “out of the question,” Erdoğan backtracked on his statements.) And, as is well known, on Friday, Erdoğan blocked Twitter, just hours after he promised to “wipe out” the site, adding, “I don’t care what the international community says.”

"Although circumvention tools and techniques can serve to mitigate censorship, ultimately press freedom is best preserved by government policies that allow speech to flourish ... A determined government can create conditions sufficiently hostile to press freedom, including by technical means, so that the flow of information is deeply affected."

As it turns out, the international community had plenty to say. U.S. State Department spokeswoman Jen Psaki expressed “serious concern” over the ban, characterizing it as “contrary to Turkey’s own expressed desire to uphold the highest standards of democracy.” The European Union, which Turkey seeks to join, released a statement from Commissioner for Enlargement and European Neighbourhood Policy Štefan Füle, noting the ban “raises grave concerns and casts doubt on Turkey’s stated commitment to European values and standards.”

But in light of the upcoming elections — which culminate in a presidential poll in August in which Erdoğan may run — the most important developments for Turkey are those occurring within the country itself. As Erdoğan has increasingly positioned himself to be a strongman, Turkish civil society has pushed back, generating lessons both for civil society, as well as the rest of the world.

MIT said Turkish language tweets are in decline, but We Are Social and Brandwatch research suggests tweets in Turkey are up 138 percent.

First, it is clear that circumvention technologies can serve as powerful tools to get around censorship, and that these measures are all the more effective when combined with a company that is willing to stand up for free expression. Resourceful Turkish citizens utilized virtual private networks (VPNs), the anonymizing software Tor, and alternate domain name service (DNS) settings to reach Twitter. Protesters even turned spray paint into a tool of the digital age, using it to communicate high-tech workarounds in a decidedly low-tech way. Twitter’s moral and technical support enhanced these efforts, most notably in the form of a feature that allows tweets to be posted via SMS text message. Due to these workarounds, Twitter use in Turkey jumped 138 percent in the immediate aftermath of the ban, according to Ars Technica.

Although circumvention tools and techniques can serve to mitigate censorship, ultimately press freedom is best preserved by government policies that allow speech to flourish. And while even the most sophisticated surveillance and censorship regimes cannot suppress all speech, a determined government can create conditions sufficiently hostile to press freedom, including by technical means, so that the flow of information is deeply affected.

For example, after even President Gül circumvented the ban on Twitter to tweet his condemnation of it, Turkish Internet service providers (ISPs) began blocking Twitter’s IP addresses. This is a more difficult measure to counteract than the DNS modifications the government previously employed. Turkish citizens are still finding ways to access Twitter, but Turkish-language tweets are in decline, according to MIT Technology Review.

The Twitter ban seems to represent an especially bitter irony for Gül, who was severely criticized for putting his pen to amendments exacerbating Turkey’s already-draconian Internet law, Law 5651, last month. Erdoğan and his AKP party pushed the radically oppressive measures, which CPJ strongly opposed, through Parliament, championing — and ultimately codifying — URL blocking, mandatory data retention, the consolidation of Turkish ISPs into a government-approved trade association and free-floating fines unmoored from internationally recognized principles of due process.

Rather than veto the law, as CPJ and other human rights organizations had urged, Gül opted to support further modest amendments to Law 5651 to address some of its most obviously lawless provisions. (Gül may not have had much choice: As reported by The WorldPost, a source close to Gül explained that under Turkish law, the amendments to Law 5651 could only be vetoed once; rather than veto the bill and have it sent back to his desk without change, Gül insisted on the additional, liberalizing amendments.) These amendments-to-the-amendments imposed a court order requirement for accessing retained data, as well as subsequent judicial review of blocking orders; they also establish specialized courts to decide whether or not to block content.

The effects of the new provisions likely add only a patina of legitimacy to a terrible law for free expression. Turkey’s telecommunications authority, the TIB, did not respond to a series of detailed questions submitted by CPJ about the law. And as Deniz Ergürel, a technology reporter based in Istanbul, told CPJ via email, “The majority of the legal problems in Turkey do not always stem from the way the laws are written, but from the way they are implemented by the officials. Looking at the tense atmosphere mainly caused by the elections, I am concerned that these laws can be interpreted against press freedom at some point.”

The Twitter ban appears to be a prime example of such creative enforcement: Experts agree that the move finds no support in even the worst provisions of Law 5651. As Yaman Akdeniz, a law professor at Istanbul Bilgi University, told the Washington Post, “There is no legal measure that justifies the current access-blocking of the Twitter.com website from Turkey. TIB acted unilaterally and outside the scope of Law Number 5651, which grants TIB certain authority to issue administrative blocking orders.”

In confirming that he was behind the Twitter ban, Erdoğan insisted that Turkey “isn’t a banana republic.” That’s true, but the international respect that Turkey had been earning through its reform process is a decisive part of the soft power that Turkey has pursued in recent years. Attacks against press freedom undermine Turkey’s national interests and international influence.

As Turkey moves toward elections, the world will be watching, and talking, and tweeting; that reality is inescapable. So too are the lessons of history. As Erdoğan appropriately commented when the Egyptian Internet went dark in 2011: “No government can survive against the will of its people. We are all passing, and we will be judged by what we left behind.”

That seems worth a retweet.

One response to “With Turkey at a Crossroads Politically, Free Speech Rights at Stake”