What Really Matters in Sochi? The Scene or What’s Behind It? 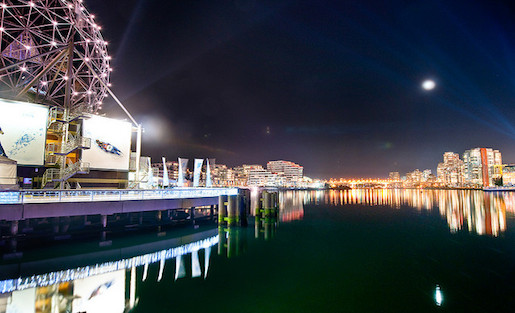 The city of Sochi is the official host of the 2014 Winter Games. Photo by Kenny Louie on Flickr and used here with Creative Commons license.

What began as a story about the world’s most elite competitors proudly representing their nations in Sochi has taken a twist in an entirely different direction.

Yes, it’s the narrative of Sochi’s apparent miserable state — the stray dogs overwhelming Olympic Park, the degenerate conditions of rooms in the Games’ hotel block, the fact that no one is safe from unrelenting electronic spying, in part due to terrorist threats — weaved by the journalists covering the Winter Games that has had our attention since even before the Opening Ceremony.

"Journalists are...using social media to add value and context to their coverage. But have those behind-the-scenes stories overshadowed the scenes themselves? And is that a bad thing?"

Journalists are doing exactly what industry watchers have been asking them to do for years: They’re using social media to add value and context to their coverage. But have those behind-the-scenes stories overshadowed the scenes themselves? And is that a bad thing?

Consider the following: Which have you heard about more in the news on Sochi 2014 since the contest began? The nasty water that reporters have endured in the Russian city of 300,000, or the incredible athleticism of speed skaters across the world? Seen more photographs of Sochi’s gold medal-clad competitors or of the non-functional hotel room doors and curtains plaguing the reporting experience, particularly for American journalists?

Perhaps I’m looking in the wrong places (Twitter and Instagram, namely), but my answers to those questions aren’t what I would have expected.

It’s difficult to pin down how the story surrounding this year’s Olympics started spinning into something that couldn’t be reined in — but it might have begun with the Chicago Tribune’s Stacy St. Clair, whom we’ll use as a primary case study.

I have this in my room…but still no light bulbs in the lamps, no TV, no hair dryer. pic.twitter.com/YX4icewIda

BECOMING PART OF THE STORY

The posts we’ve seen from some journalists are mostly hysterical, I’ll admit. But are these asides on Twitter and Instagram capable of stripping media members of their credibility, or do these humorous interjections perk our interest in the actual substance they report?

“These media inconveniences are relevant only in a broader story detailing the problems awaiting athletes and those fans daring enough to attend these Games,” the Fan wrote. “But on their own, they reinforce the shortcoming in today’s sports media environment, namely the charge of way too much style and so little substance. It’s even more glaring when you see this done with all the seriousness of someone covering the landing on Omaha Beach.”

Obnoxious Boston Fan opines, simply, that journalists aren’t to insert themselves into the story they’re reporting. “Journalists should never be the story. When we commit occasional acts of journalism in this space, it is self-evident and done with minimal self-aggrandizement,” he said.

Over at the Chicago Sun-Times, sports writer Rick Morrissey scoffed at his media “brethren.” Referring to his seven previous trips to Olympic Games, Morrissey said Sochi is far from his least comfortable experience (it was Atlanta, in his opinion) and that the excessive amount of comments on the lack of luxury in Russia is trivial, at best.

“It’s a good thing these people aren’t foreign correspondents; otherwise we’d be getting reports on the tragic shortage of Starbucks in Syria rather than on the Civil War there,” Morrissey wrote.

Now, to be fair, the fact that St. Clair’s unsightly water post was retweeted thousands of times and helped ignite a Twitter free-for-all isn’t her fault, but it’s important to consider the precedent you might be setting by what you share on social media as a journalist — especially during an event as significant as the Olympics. It could be argued, too, that widespread complaints from journalists stationed in Sochi were the catalyst to the popular Twitter account @SochiProblems, created by a native Ohioan and college student in Canada, Alex Broad — who, by the way, is a student journalist at Centennial College in Toronto admittedly using the Twitter handle and exposure to “get [his] name out there”.

On the other hand, these grumblings could serve a worthy purpose. For one, it’s getting people talking. As digital and social media have morphed into a content-churning machine, it has become clear that stories have a brief shelf life. Real-time reporting updates, whether positive or not, make you relevant. Discussions surrounding the sub-par facilities in Sochi via journalists’ tweets could lead to increased preparedness for the next round of Olympics. After all, we’re supposed to be learning something new from the news, or helping to solve a problem. Maybe the press members’ criticisms will ultimately produce improved conditions in Russia’s future (e.g. a solution to the stray dog problem, better processes for big events).

Given the stature of social media in modern-day journalism, it isn’t fair to make blanket statements about whether it’s appropriate for reporters to be part of a meta-narrative in the news, because that is often inevitable. Perhaps the real question to ask yourself before taking these kinds of comments to social media is your reason for doing it. Is it entirely self-absorbed? Is it even worth talking about? Does it add to the value of your reporting?

While she seemed to keep her spirits light in Sochi, St. Clair’s yellow water debacle was likely not funny business. But her decision to tweet about it to the universe may drive traffic to her employers’ web outlets. At the very least, it inspired a short post on the Trib’s website by social media editor Scott Kleinberg, in which he highlighted their reporter being featured on Deadspin, Sports Illustrated, CNN and more just because of her tweets. Then, they pushed to Facebook, which resulted in hundreds of “likes,” shares and comments.

On one hand, #SochiProblems tweets make the lives of publishers easy in terms of reader engagement. The work is practically doing itself.

Greg Wyshynski edits the Puck Daddy blog on Yahoo Sports and was sent to Sochi for the Games. His toilet paper tweet landed him a mention on the Colbert Report, drawing attention to himself and the brand he works for.

People have asked me what surprised me the most here in Sochi. It’s this. Without question … it’s … THIS. pic.twitter.com/1jj05FNdCP

There’s no way to put a price on, or measure the engagement and traffic that media organizations are getting around the #SochiProblems storyline, but it’s certainly not hurting individual journalists or the brands they represent.

Worth noting aside from increased engagement is the merit in a richer audience experience. Rather than being presented a one-dimensional story, we’re prompted to talk about all that we’re seeing — the dialogue has blossomed from just medals and athletes to Russian infrastructure and policy. Until the closing ceremonies on Feb. 23, it’ll be interesting to watch the narrative of Sochi 2014 play out. Will the Olympics talk at the water cooler this year and in years to come be defined by the news event itself rather than social media commentary from the press? Maybe, by the time Rio de Janiero 2016 rolls around, we’ll have an answer. Below is a Storify curation of some of the highlights so far of the story within the story of Sochi.

2 responses to “What Really Matters in Sochi? The Scene or What’s Behind It?”