Net Neutrality and Freedom of the Press in a Digital Age 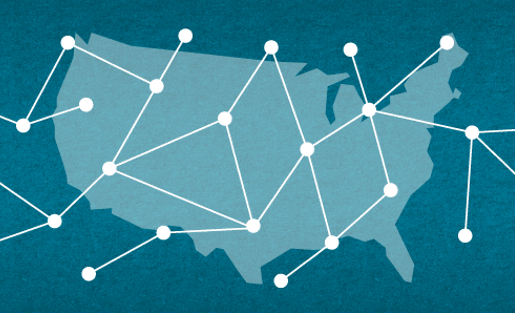 The following is an opinion piece from correspondent Josh Stearns. A version of this post also appeared on FreePress.net.

Tuesday’s court decision, which struck down the Federal Communications Commission’s Open Internet Order and threatened the future of Net Neutrality, has huge implications for the future of journalism and press freedom.

According to the Pew Research Center, half of all Americans now cite the Internet as their “main source for national and international news.” For young people the number is 71 percent. While we are nowhere near stopping the presses or tearing down the broadcast towers, the Internet is increasing how we distribute and consume the news today.

That is why Net Neutrality is so important and why the court decision this week should worry digital journalists and publishers. For newsrooms, the decision means that a company like AT&T or Verizon could decide where their users can go for news and what stories get buried or blocked online. Verizon could strike a deal with CNN and hamper their users’ ability to access alternative news sources. Comcast  could slow access to Al Jazeera, because it wants to promote its NBC news offerings*.

That’s why, in 2010, Senator Al Franken argued that “Net Neutrality is the First Amendment issue of our time.”

No journalist or publisher should be held hostage by the commercial or political whims of an Internet service provider. In the end, however, the biggest media companies aren’t likely worried about this court decision. As GigaOm’s Stacey Higginbotham wrote:

In many ways this will be a win for the large content companies such as Disney or Viacom. Yes, they might have to pay for prioritization on the broadband networks, but they have deep pockets and such a move would help them ensure their content continues to reach consumer eyeballs as the television industry fragments online. It’s possible we could see the emergence of a pay TV bundle of content that is either exempt from caps or just delivered with pristine quality while YouTube videos sputter.

But it is not just sputtering YouTube videos we need to worry about. It is people’s ability to access the independent journalism and diverse voices, which have thrived on the Web.

In 2009 a coalition of nearly 50 online journalism innovators sent a letter to the FCC, calling on them to protect the open Internet. “Net Neutrality ensures that innovative local news websites and national nonprofit reporting projects can be accessed just as easily as legacy media sites,” they wrote. “Net Neutrality encourages journalists to pioneer new tools and modes of reporting and lowers the bar for citizens to participate.”

Net Neutrality is about creating a level playing field for all voices.

In an ironic twist, when it argued against Net Neutrality at the federal appeals court, Verizon claimed it actually had a First Amendment right to block and censor Internet users. And while the court largely ignored Verizon’s First Amendment claims, its ultimate decision essentially gave Verizon the green light to begin “editing” the Internet.

As more and more news and information moves online, we need to ensure that the flow of online information is free and unencumbered. Traditional battles over press freedom are critical, as the recent Committee to Protect Journalist report so clearly showed, but today we also have to understand that keeping the Internet free goes hand in hand with keeping the press free.

The court decision this week is bad news for the Internet and for independent media, but it is not the last word in this debate.

The FCC can reclassify broadband as what it is: the fundamental communications infrastructure of our time. That simple action would re-establish their legal authority and ensure that they can protect consumers and journalists from online discrimination. Protecting freedom of the press can’t stop online.

*Because of the conditions placed on their deal to buy NBC in 2011, Comcast has to abide by Net Neutrality principles until 2018 regardless of this court case.