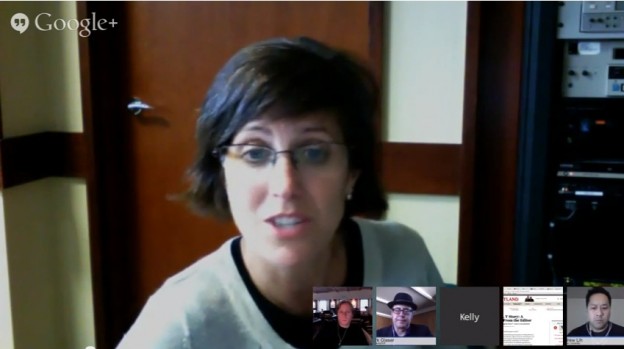 Last week, ESPN’s Grantland published a story by Caleb Hannan called “Dr. V’s Magical Putter,” a piece that on its face looked into the ambitious claims of Essay Anne Vanderbilt (a.k.a. Dr. V), the inventor of a golf putter called Yar. The article ended up being less about a putter and more about the inventor and her secret about being a transgender woman. Dr. V had committed suicide months before the article was published and weeks after last speaking with the reporter. In the aftermath of the article, the reporter and Grantland have been widely attacked for prioritizing the story over compassion. Grantland’s editor-in-chief issued a point-by-point apology Monday in tandem with a piece titled “What Grantland Got Wrong” by an ESPN staff writer, Christina Kahrl, who is a transgender woman. This week on Mediatwits, we’re joined by special guest Poynter’s Kelly McBride to talk about the ethics of Grantland’s reporting, as well a Gawker’s features editor Tom Scocca, who wrote this piece about the controversy. We’ll also be joined by American University’s Andrew Lih, and as usual, PBS MediaShift’s Mark Glaser will host.

Kelly McBride has served as a faculty member of the Poynter Institute since 2002, acting as a teacher, writer and expert on media ethics. She is in charge of the Ethics Department and the Reporting, Writing and Editing Department at Poynter. Kelly is also the director of the Sense-Making Project under the Poynter Institute, which analyzes the transformation and values of journalism, as well as the relationship between technology and democracy. Kelly, in tandem with Tom Rosenstiel, co-edited the book The New Ethics of Journalism: Principles for the 21st Century.

Tom Scocca is the features editor of Gawker. Previously, he was the “Off the Record” columnist and media editor for The New York Observer. Before that, he was an editor and writer for Washington City Paper and Baltimore’s City Paper. He writes the “Scocca” blog for Slate, and his byline appears regularly in The Boston Globe and The Awl.

The reporter was undoubtedly working with a tough story: a profile of an inventor who fabricated most details she shared with him. She never attended MIT or Wharton or worked on top-secret government projects. But many commentators have criticized the article for conflating her dishonesty about her professional history with her desire to keep her gender identity private. The article was also denounced for outing Dr. V, even posthumously, since she had made her desire for privacy clear. Where does fact-finding end, and cruel privacy-encroachment begin? How should a reporter gauge which details are fair game, and which aren’t?

Why The Washington Post Passed on Ezra Klein (Politico)

How an Intern Created the NYT’s Dialect Quiz, the Site’s Most-Visited Content in 2013 (Knight Lab)