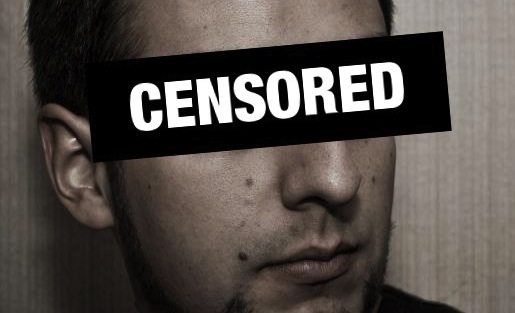 The blogging platform WordPress.com has taken the unusual — and welcome — step of going to court to defend its users against bogus copyright claims aimed at silencing their speech on the platform. Automattic, WordPress’s parent company, has joined two separate lawsuits that seek to hold the would-be censors of legitimate lawful speech accountable for their attempts.

"It’s up to us -- websites and users, together -- to stand up to DMCA fraud and protect freedom of expression." -Paul Sieminski

One of the targeted bloggers, Oliver Hotham, is a U.K. student journalist who wrote about a group called Straight Pride UK. That group issued a press statement explaining its concerns about the “homosexual agenda” and holding up Vladimir Putin as symbol of straight pride. When Hotham’s article quoting that press statement started to get attention, he was slapped with a takedown notice and told his quotes constituted copyright infringement.

The other case involved a website called “Retraction Watch,” run by two noted science journalists. The site tracks instances of published scientific papers being criticized or retracted, for reasons ranging from honest error to falsified data, and covering some controversial situations that may be embarrassing for the scientists involved.

Several of these articles focused on one researcher, Anil Potti, who has been the subject of significant scrutiny for his academic practices. A self-described news site, apparently created after most of these stories had already been posted, republished these particular accounts and then sent WordPress a takedown notice alleging infringement.

WordPress says it gets hundreds of takedown notices for user content, and can’t always identify which ones are abusive. As is typical of many platforms, in each of these cases it initially complied with the takedown requests and the content came down. The unusual part is what happened next: WordPress filed these two suits for damages on behalf of the targeted bloggers.

Companies going to bat for their users may be uncommon, but there are a handful of reasons that the kind of abuse that prompted the suits is not. In part, it is enabled by the contours of the 1998 law called the Digital Millennium Copyright Act (DMCA) which spells out the rules for an online “safe harbor.” These are the rules that an Internet service provider must follow in order to stay free of copyright liability for its users’ actions, and they include acting quickly on takedown notices sent by rightsholders.

Retraction Watch, one of the censored blogs

But since the possible penalties for copyright violations are unusually extreme — statutory damages can range up to $150,000 per violation — and since many sites handle much more uploaded content than they could possibly give manual review, there’s a strong incentive to stay inside these safe harbors, even if it means complying with takedown requests that couldn’t actually stand up to legal review.

On top of that, accusations of copyright infringement are more difficult to verify than, say, flags that content contains pornography or threats of violence. That problem is sometimes exacerbated by copyright rightsholders that are still trying to figure out the best way to deal with online content. In one remarkable example, evidence unearthed during a billion-dollar copyright lawsuit between Viacom and YouTube showed that Viacom had hired at least 18 marketing firms to deliberately “rough up” its videos — making them look leaked or stolen — and then upload them to the site.

All of these factors conspire to make the DMCA ripe for abuse, and an attractive tool for people who want to censor content that is hosted by a platform that depends on the safe harbor.

To counter that possibility for abuse, there are supposed to be checks built into the law. Accusers must swear, under penalty of perjury, that they have a good-faith belief that the content is infringing. Users who believe that their upload is not actually infringing can usually submit a counter-notice, and get their content put back up after two weeks. And under another clause, section 512(f), users can sue to hold accusers accountable for bogus notices.

In practice, though, these checks haven’t been very effective. At least one media company, Warner Brothers Entertainment, has argued that the requirement of swearing good-faith belief doesn’t apply to the takedown notices it generates automatically. The counter-notice procedure can be opaque or intimidating; Oliver Hotham, the blogger targeted by Straight Pride UK, said on his blog, “I’m a student. I don’t have the money, time, or patience to go through with potentially having to go to court over this. All in all, I just could not be bothered to challenge the decision.”

Similarly, there just haven’t been that many suits filed under 512(f). It can be an expensive and lengthy process, and most users deem it not worth the trouble. The Electronic Frontier Foundation has represented one plaintiff in a 512(f) case over a home video uploaded to YouTube featuring a dancing toddler that included 29 seconds of a Prince song in the background. That case has stretched on for years now — and that’s over an obvious fair use and a baseless claim.

Some teeth to the copyright laws

That’s why it’s such a welcome development to see a platform like WordPress getting involved in these 512(f) cases. The companies behind these platforms have the resources and the incentive to stand up for users. As Paul Sieminski, the general counsel at WordPress.com, said in a blog post, “Until there are some teeth to the copyright laws, it’s up to us — websites and users, together — to stand up to DMCA fraud and protect freedom of expression.”

Under the DMCA, copyright is all too often used as a fast-track to censorship, without real consequences for anybody but the user whose speech gets silenced. We trust all sorts of online platforms to carry our speech and deliver it to the world — it’s about time they stand up for that speech when it’s challenged.

Parker Higgins is an activist at the Electronic Frontier Foundation, a civil liberties non-profit dedicated to ensuring our rights and freedoms make it into the digital world intact. He works on issues at the intersection of freedom of speech and copyright, patent, and trademark law, and tweets as @xor.