Why I’m Learning Journalism and Coding: To Tell Better Stories 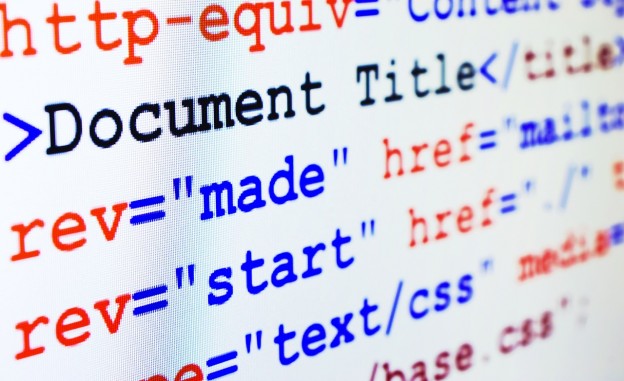 Codecademy teaches HTML among other languages.

In October, Olga Khazan wrote an opinion piece for The Atlantic about whether journalism schools should require students to learn to code. She made the case that aspiring journalists shouldn’t “waste time” with programming. Instead, they should be freelancing and interning, blazing forward in their quest to attain a job in the field.

The article sparked a spirited and widespread discussion, and as a student myself, I watched the conversation with interest.

“When I teach people, I use tools like Codecademy as a way to introduce core concepts and syntax, but I quickly make them step out of the browser and into a text editor to make some things on their own. That’s where the real learning happens." -Tyler Fisher

When it comes to coding, I’m not a complete novice. I know basic HTML but just enough to tweak a webpage or blog post. I am by no means an expert. Giant chunks of CSS scare me, and don’t even get me started on a Python script.

I want to write, first and foremost. But I also want to be able to contribute in a newsroom someday, combining web programming skills with my writing chops to create the best possible content for readers.

Khazan would probably tell me to forget the lines of code and focus on my words. Instead, I’m headed back to Codecademy for some free online programming classes. Here’s why.

At Chicago magazine, Luke Seemann serves as a digital designer and developer. His background, however, is in traditional journalism. For 14 years, he worked as a newspaper designer and copy editor at the San Jose Mercury News and then the Chicago Tribune.

Meanwhile, Seemann was working on side projects. The first was an app for fantasy gambling on bike races, and eventually, the app, combined with his journalism experience, led to a new position at Chicago magazine. He’s been there since January 2012.

“There are two things I love most about the job,” he wrote via email. “The first is the variety of puzzles I get to solve. I love puzzles, and every day brings new and interesting puzzles my way, big and small. The second thing I love is any opportunity to help our reporters tell stories in interesting ways.”

The concept of storytelling is at the heart of the argument for journalists learning code.

In May 2013, NPR mapped the tornado damage in Moore, Okla.

For instance, the team illustrated the Moore, Okla., tornado by creating a map that allows readers to explore the before-and-after satellite images of the destruction. Another example is NPR’s Arrested Development app — this creation “is probably the most ambitious and comprehensive database and display of every joke, episode and relationship of the jokes to characters that any television show has ever gotten,” Hu wrote via email.

News apps teams generally comprised of programming experts, but they have to work together with journalists to best tell the story. Hu doesn’t think all journalists should feel pressured to learn code (she’s only familiar with basic HTML and CSS), but she does believe the entire newsroom should “understand the orientation and approach of programmers.”

“It can unlock so much more interesting and powerful reporting if traditional journalists can think with the user in mind first, be open about communicating ‘what is my user’s need?’ rather than coming to the table with an end product in mind,” she wrote.

Last spring, I met with the managing editor of a popular technology website in New York City. When she asked me if I knew any other languages, I told her I was conversational in French.

“No, no,” she smiled. “Computer languages. HTML, Java, CSS, Python. Those guys.”

That slightly embarrassing conversation motivated me to try Codecademy, a free online platform that bills itself as “the easiest way to learn how to code.” Founded in 2011 by Zach Sims and Ryan Bubinski, the site has drawn millions of wannabe programmers from around the world — myself included.

I passed my inaugural lesson, “Introduction to HTML,” with flying colors thanks to Codecademy’s clear instructions and clean interface. It was too easy, and the price was merely an hour of my time.

Codecademy’s Python glossary explains what tuples are and how they look.

Each language is divided into short lessons and comes complete with a glossary full of examples and definitions. In the Python glossary, for instance, you can find a breakdown of everything from tuples to len(). Codecademy knows how to make even the most frightening languages (read: Python) seem simple.

Codecademy graduate Tyler Fisher is a senior at Northwestern University’s Medill School of Journalism and student fellow at Knight Lab. After getting involved with a student publication on campus, Fisher transitioned the interactive section from Flash and ActionScript to HTML, CSS and JavaScript.

“With the pressures of running and editing the section, I taught myself as many skills as I could to make sure I stayed ahead,” Fisher wrote via email. “This meant going through Codecademy and other tutorials as well as making as many things as I could to teach myself skills.”

Fisher now considers himself “a full-stack programmer,” fluent in HTML, CSS, JavaScript, Python, Node.js and SQL and proficient in R and Ruby. Although Codecademy played a role in his programming education, Fisher is wary of depending on courses like it.

“I love that people are putting so much effort into teaching others to code in a way that is fun and relatively easy,” he wrote via email. “However, [the free tools] will never work as catch-all solutions. Programmers are problem solvers, and you don’t learn how to be a programmer until you start solving some problems.”

“When I teach people, I use tools like Codecademy as a way to introduce core concepts and syntax, but I quickly make them step out of the browser and into a text editor to make some things on their own. That’s where the real learning happens,” he wrote.

Like Fisher, Luke Seemann learned the majority of his programming skills on his own time. His knowledge base is always evolving, and Seemann believes that’s OK.

“I’d say I know only about 40 percent of what I wish I knew,” he wrote. “But every day I get to learn new things and chip away at the other 60 percent.”

Seemann’s message to journalists, both students and professionals, is to stay curious. One of his regrets from his newspaper career is that he got comfortable — a little too comfortable.

“Complacency is not compatible with the web,” Seemann wrote. “The web evolves too quickly. That’s terrifying, but it’s also really exciting.”